Fish reef domes a boon for the environment and recreational fishing

Man-made reefs can be used in conjunction with the restoration or protection of natural habitat to increase fish abundance in estuaries, UNSW researchers have found. 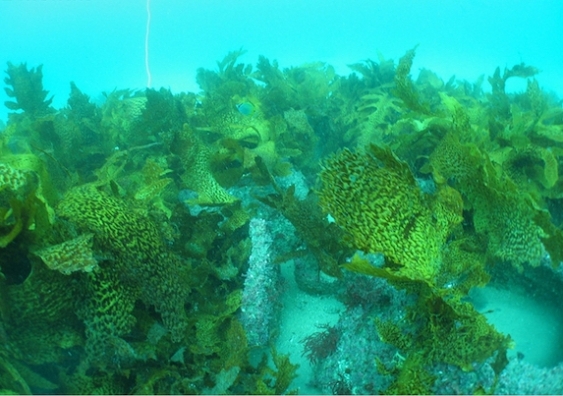 In a boost for both recreational fishing and the environment, new UNSW research shows that artificial reefs can increase fish abundance in estuaries with little natural reef.

Researchers installed six man-made reefs per estuary studied and found overall fish abundance increased up to 20 times in each reef across a two-year period.

The study, published in the Journal of Applied Ecology recently, was funded by the NSW Recreational Fishing Trust.

The research was a collaboration between UNSW Sydney, NSW Department of Primary Industries (DPI) Fisheries and the Sydney Institute of Marine Science (SIMS).

Co-author Dr Hayden Schilling, SIMS researcher and Conjoint Associate Lecturer at UNSW, said the study was part of a larger investigation into the use of artificial reefs for recreational fisheries improvement in estuaries along Australia’s southeast coast.

“Lake Macquarie, Botany Bay and St Georges Basin were chosen to install the artificial reefs because they had commercial fishing removed in 2002 and are designated specifically as recreational fishing havens,” Dr Schilling said.

“Also, these estuaries don’t have much natural reef because they are created from sand. So, we wanted to find out what would happen to fish abundance if we installed new reef habitat on bare sand.

“Previous research has been inconclusive about whether artificial reefs increased the amount of fish in an area, or if they simply attracted fish from other areas nearby.”

In each estuary, the scientists installed 180 “Mini-Bay Reef Balls” – commercially made concrete domes with holes – divided into six artificial reefs with 30 units each.

Each unit measures 0.7m in diameter and is 0.5m tall, and rests on top of bare sand. 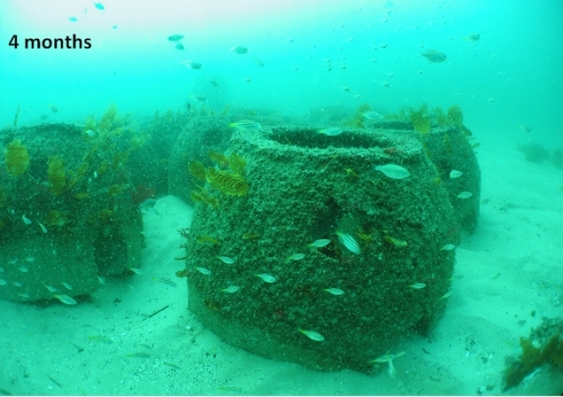 Professor Suthers said artificial reefs were becoming more common around the world and many were tailored to specific locations.

Since the study was completed, many more larger units – up to 1.5m in diameter – have been installed in NSW estuaries.

“Fish find the reef balls attractive compared to the bare sand: the holes provide protection for fish and help with water flowing around the reefs,” Prof Suthers said.

“We monitored fish populations for about three months before installing the reefs and then we monitored each reef one year and then two years afterwards.

“But the ones we were specifically monitoring for were the species popular with recreational fishermen: snapper, bream and tarwhine,” he said.

“These species increased up to five times and, compared to the bare sand habitat before the reefs were installed, we found up to 20 times more fish overall in those locations.

“What was really exciting was to see that on the nearby natural reefs, fish abundance went up two to five times overall.” 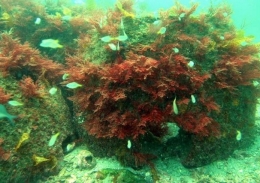 Dr Schilling said that importantly, their study found no evidence that fish had been attracted from neighbouring natural reefs to the artificial reefs.

“There was no evidence of declines in abundance at nearby natural reefs. To the contrary, we found abundance increased in the natural reefs and at the reef balls, suggesting that fish numbers were actually increasing in the estuary overall,” he said.

“The artificial reefs create ideal rocky habitat for juveniles – so, the fish reproduce in the ocean and then the juveniles come into the estuaries, where there is now more habitat than there used to be, enabling more fish to survive.”

The researchers acknowledged, however, that while the artificial reefs had an overall positive influence on fish abundance in estuaries with limited natural reef, there might also be species-specific effects.

For example, they cited research on yellowfin bream which showed the species favoured artificial reefs while also foraging in nearby seagrass beds in Lake Macquarie, one of the estuaries in the current study.

NSW DPI Fisheries conducted an impact assessment prior to installation to account for potential issues with using artificial reefs, including the possibility of attracting non-native species or removing soft substrate.

Dr Schilling said their findings provided strong evidence that purpose-built artificial reefs could be used in conjunction with the restoration or protection of existing natural habitat to increase fish abundance, for the benefit of recreational fishing and estuarine restoration of urbanised estuaries.

“The artificial reefs in our study became permanent and NSW Fisheries rolled out many more in the years since we completed the study.

“About 90 per cent of the artificial reefs are still sitting there and we now have an Honours student researching the reefs’ 10-year impact.”

Dr Schilling said the artificial reefs were installed between 2005 and 2007, but the research was only peer-reviewed recently.