How to improve recovery from urban crises 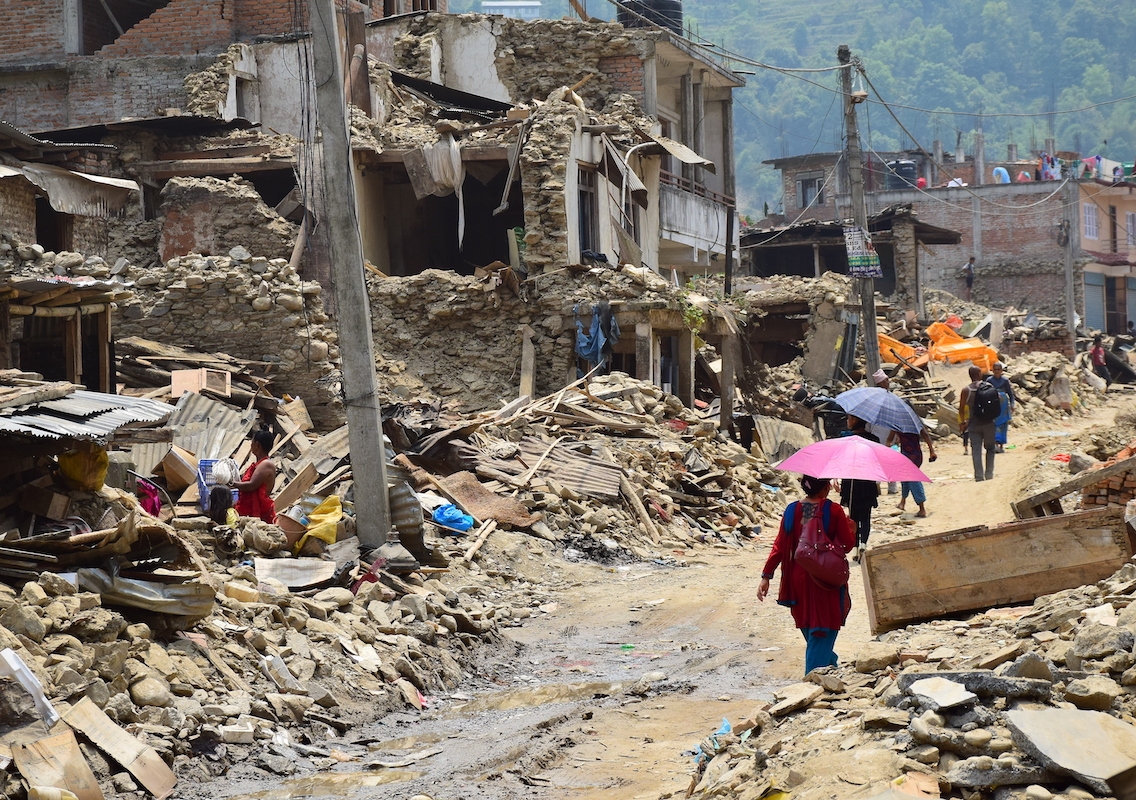 While the coronavirus has caused millions of people around the world to experience the damaging effects of a crisis, for many hundreds of millions more, crises are a common occurrence. Disasters such as floods, windstorms and earthquakes have affected some two billion people over the last ten years, while the number of people displaced by conflict and violence, and who find themselves as refugees or internally displaced people, has never been higher.

Increasingly, crises are concentrated in urban areas, in particular in low- and middle-income countries, where rapid and unprecedented urban growth is taking place the fastest. People living in dense, low-income settlements are particularly at risk, while across the world most refugees live in cities, not camps.

Responding to urban disaster presents particular challenges to humanitarian organisations, such as international and local NGOs, United Nations agencies and the Red Cross Red Crescent Movement, in particular given that most agencies’ experience – and indeed the global aid system – has been derived largely from decades of experience of responding to crises in rural areas.

Given this set of new challenges, the UK think tanks the Overseas Development Institute (ODI) and ALNAP commissioned a wide-ranging study to assess ‘what works’ in effective humanitarian response to urban crises. The resulting 80,000-word ‘good practice review in urban humanitarian response’ was launched in 2019, comprising tools, approaches and understandings aimed at informing aid practitioners on ways to improve their effectiveness.

Lessons from the good practice review were formulated into ten takeaways, which have subsequently formed the basis for a lecture as part of UN-HABITAT’s latest Global Urban Lecture Series.

The first three takeaways ‘set the scene’. They note that urban growth around the world stands at a staggering 1.4 million people per week. It notes that almost all crises are on the rise, given the numbers of people living in dangerous places, and the effects of climate change. Takeaway three, which provides the launch of the remaining takeaways, is that, to keep up, humanitarian aid also needs to urbanise.

This means a number of things. First and foremost, that aid should stop seeing people affected by disaster as helpless victims, but rather as survivors who need help to recover as quickly and effectively as possible. This change in mindset means that the role of aid agencies is to support people in their recovery, rather than to provide all the answers.

To get the support right, aid needs to listen more effectively – or, using humanitarian language, to undertake assessments from which effective relief and recovery programs can be crafted. Simple as this sounds, too often people are not consulted on what they actually want, leading to wasted or inappropriate aid responses.

A ‘no-brainer’ in effective urban recovery is to just give people money. Known as ‘cash transfers’, providing funds enables people to make their own choices on how aid funds are best spent. Cash also works well in cities where goods and services are available, and where markets thrive. Even after some of the worst disasters, markets spring up – people need to buy goods, and others need to sell them.

Providing people with cash after an emergency often comes as a surprise to some. ‘What if they spend it on the wrong thing?’ is often a question asked. But this prompts the counter-question of who is best placed to decide what people want and need – aid workers, or people themselves? The UN-HABITAT lecture was filmed when the Australian fires were at their height: the New South Wales government released a video of people affected by the fires; besieged by well-meaning but ultimately unwanted and un-asked-for goods, most just wanted cash.

Good urban humanitarian response also means that agencies need to do rethink how they work. While in rural responses there may be good reason to provide external goods and skills to places that may be resource sparse, in urban areas this is not the case; cities are homes to wide skillsets, entrepreneurial approaches and readily available goods. The new aid challenge therefore is to find and work with what exists locally, and not to ship it in.

Cities are also homes to complex governance structures, which range from formal governmental offices (including central government, municipal authorities and mayors) to less formal structures, which can include gangs, and in conflict settings, militias and armed non-state actors. Humanitarian responders therefore need to engage closely with a wide range of actors in order to be effective. Worst-case scenarios involve setting up ‘parallel structures’ to those that already exist, for example hospitals and neighbourhood committees, that undermine what exists and are likely to collapse when aid funding comes to an end.

The final takeaway is to ‘take the long view’, and consider how recovery from a particular crisis can contribute to reducing or even preventing a future disaster. This is vital, as the world will almost certainly face greater challenges as cities continue to grow. Cities throughout history however have risen to the challenge and recovered (look no further than Europe recovery from World War Two), with the key being for external organisations to support the actions of local actors.

Professor David Sanderson is the Inaugural Judith Nielsen Chair in Architecture and leads the UNSW Grand Challenge on Rapid Urbanisation.