Painting eyes on the backsides of cattle in Botswana appears to prevent attacks from lions in landscapes where they coexist. 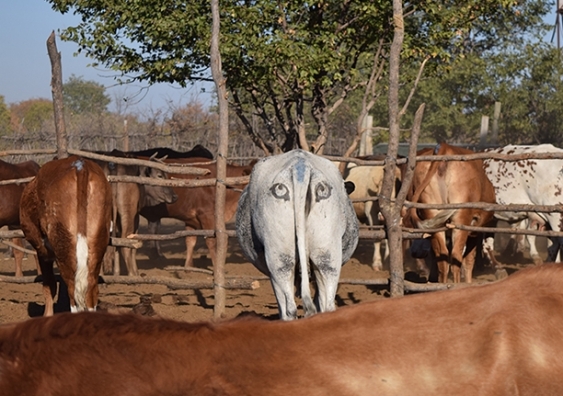 Painting eyes on the rumps of livestock can protect them from attacks by lions in landscapes where they coexist, a joint study from UNSW Sydney, Taronga Conservation Society Australia and Botswana Predator Conservation shows.

In a paper published today in the journal Communications Biology, scientists present their method, which they suggest as a more humane alternative to using lethal control, and a more ecologically sound alternative to using fencing to separate livestock from carnivores.

They describe how they painted eyes on the backsides of a select number of cattle in the Okavango delta region in Botswana where livestock rub shoulders with lions, leopards, spotted hyaenas, cheetahs and African wild dogs. They theorised that because predators rely on being undetected by their prey for a successful attack, they could perhaps trick lions into thinking they had lost this advantage and ultimately to give up on the hunt. 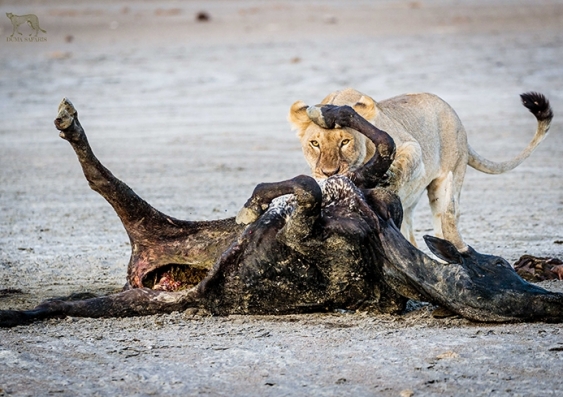 Livestock predation is a common cause of conflict with large carnivores. Photo: Bobby-Jo Photography

“Lions are ambush predators that rely on stalking, and therefore the element of surprise, so being seen by their prey can lead to them abandoning the hunt,” says joint UNSW Science and Taronga Western Plains Zoo researcher Dr Neil Jordan.

“We tested whether we could hack into this response to reduce livestock losses, potentially protecting lions and livelihoods at the same time.”

UNSW PhD student Cameron Radford worked with farmers in the Okavango delta region to paint cattle in 14 herds that had recently suffered lion attacks. They painted one-third of each herd with an artificial eyespot design on the rump, one-third with simple cross-marks and left the rest of the herd unmarked. 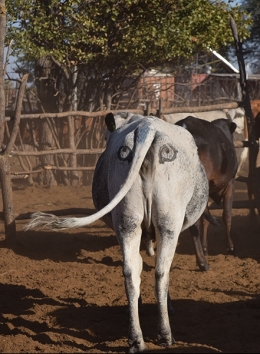 In the study, a third of the cattle in 14 herds were painted with eyes on their rumps. None of these were attacked by lions. Photo: Ben Yexley

Normally cattle herds (ranging from about 6 to 110 individual cattle) are kept in predator-proof enclosures overnight, but generally graze unattended for most of the day, when the vast majority of attacks from lions and other predators occur.

The researchers found that cattle painted with artificial eyespots were significantly more likely to survive than unpainted or cross-painted control cattle within the same herd. In fact, no painted ‘eye-cows’ at all were killed by ambush predators during the four-year study, while 15 unpainted and 4 cross-painted cattle were killed.

“While these results do support our initial hunch that creating the perception that the predator had been seen by the prey would lead it to abandon the hunt – the detection hypothesis – there were also some surprises,” Dr Jordan says. 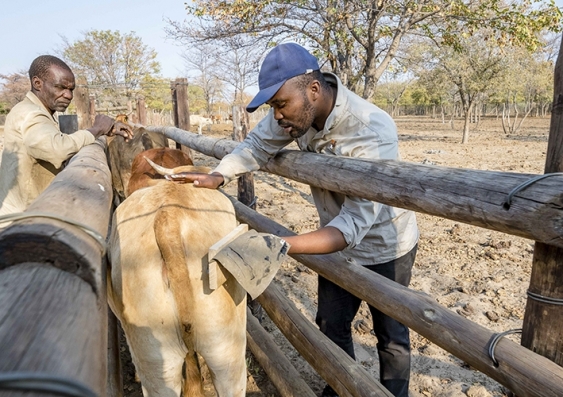 A local farmer watches as the eye artwork is applied to one of his cattle. Photo: Bobby-Jo Photography

From a theoretical perspective, these results interested the researchers. Although eye patterns are common in many animal groups, notably butterflies, fishes, molluscs, amphibians, and birds, no mammals are known to have natural eye-shaped patterns that deter predation.

“To our knowledge, our research is the first time eyespots have been shown to deter large mammalian predators,” Cameron Radford says. “Previous work on mammal responses to eye patterns has generally supported the detection hypothesis. We think this may suggest the presence of an inherent response to eyes that could be exploited to modify behaviour in practical situations – such as to prevent human-wildlife conflicts, and reduce criminal activity in humans.”

In addition to the science, the researchers have also produced practical guides to the ‘eye-cow’ technique in both English and Setswana. While they are hopeful that farmers will take up this simple tool, they stress that it is important for potential users to understand the potential limitations in its use, and choose for themselves. 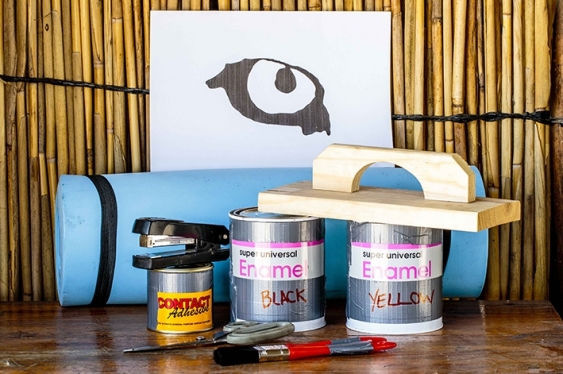 As Dr Jordan explains, “First, in our experimental design, there were always unmarked cattle in the herd. So it is unclear whether painting would still be effective if these proverbial ‘sacrificial lambs’ were not still on the menu. Further research could uncover this, but in the meantime applying artificial marks to the highest-value individuals within the herd may be most pragmatic.”

Another consideration is habituation, meaning that predators may get used to, and eventually ignore, the deterrent.

“This is a fundamental issue for nearly all non-lethal approaches, and whether the technique remains effective in the longer-term is not yet known in this case. Habituation may be a key issue where resident carnivores frequently encounter ‘eye-cows’, but in many areas, carnivores may be simply passing through, and habituation is less of a concern there.”

Dr Jordan adds that in these cases, incorporating this technique into existing practices may contribute to providing carnivores with safe passage during dispersal or during occasional forays from adjacent protected areas.

“Protecting livestock from wild carnivores – and carnivores themselves – is an important and complex issue that likely requires the application of a suite of tools, including practical and social interventions.

“The eye-cow technique is one of a number of tools that can prevent carnivore-livestock conflict – no single tool is likely to be a silver bullet. Indeed we need to do much better than a silver bullet if we are to ensure the successful coexistence of livestock and large carnivores.

“But we’re hoping this simple, low-cost, non-lethal approach could reduce the costs of coexistence for those farmers bearing the brunt,” Dr Jordan says.

To read more about the Eye-Cow Guide, click here.