A UNSW professor of environmental management is ensuring the benefits of products developed from local bushfood and medicine are fed back to Indigenous peoples and local communities.

The use of Indigenous knowledge and resources – including bush foods and bush medicines – is increasingly on-trend. Cosmetics, pharmaceutical giants and large food producers are vying for everything from access to monopoly in the modern market.

From the Kakadu plum (or gubinge), an almond-shaped fruit found in Northern Australia, to gumbi gumbi, a plant known as Australia’s native apricot, bush foods are sought by health and beauty companies for their healing qualities.

Professor of environmental management Daniel Robinson has been working with Indigenous people in Asia, Australia and the Pacific Islands for the past 15 years to assert their rights in relation to biodiscovery, Indigenous knowledge and intellectual property, resources and land rights.

Biodiscovery investigates natural materials, such as plants, animals and other organisms, for compounds that may have commercial applications, such as pharmaceuticals, skincare and insecticides.

Together with Dr Margaret Raven, a UNSW Senior Scientia Lecturer and Yamatiji and Noongar woman from Western Australia, Prof. Robinson supports Indigenous enterprises and communities to negotiate agreements between researchers and companies that ensure the fair and equitable sharing of benefits.

They also support communities to develop protocols to guide community members and outsiders in discussions about access to traditional knowledge and biological resources. 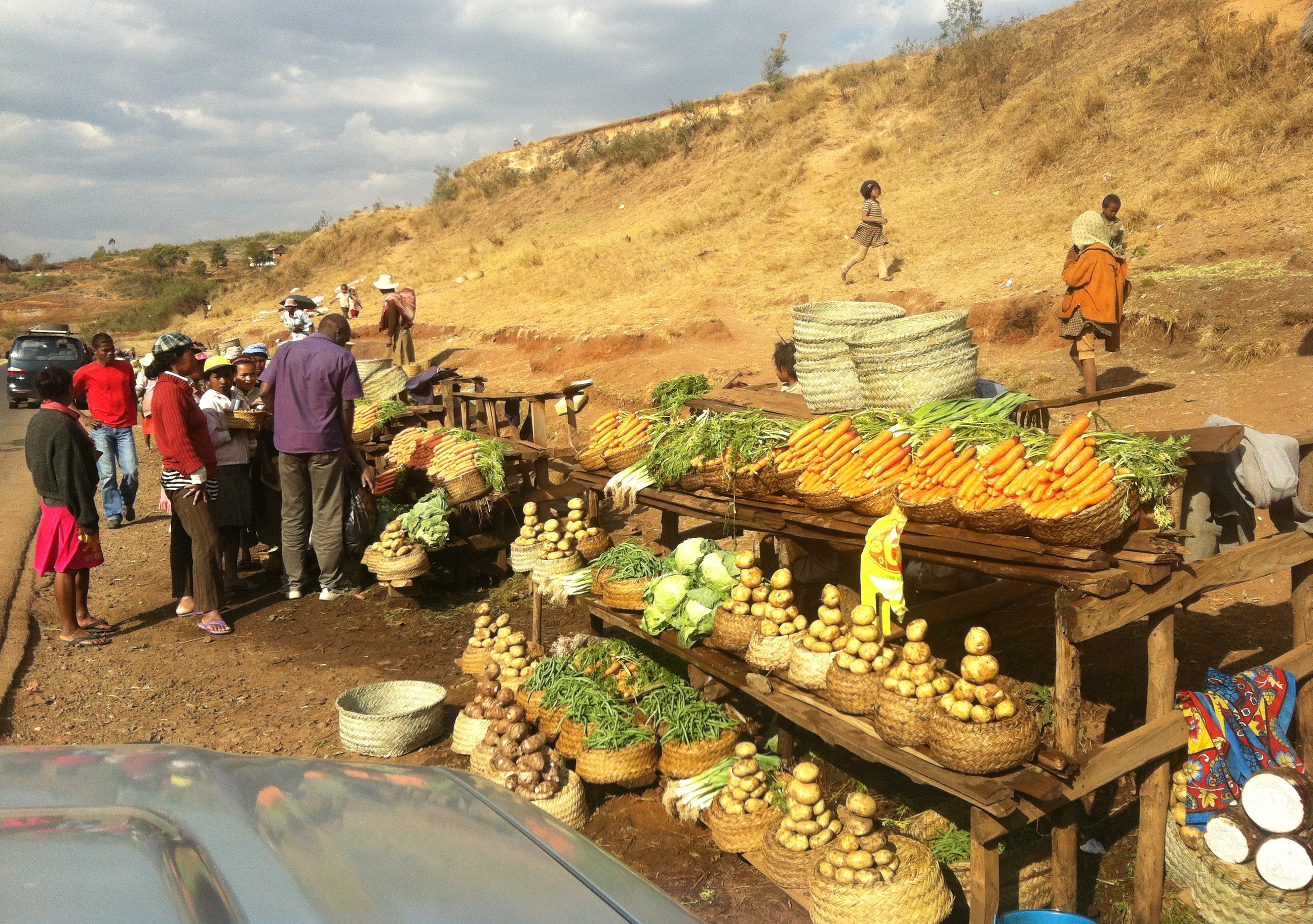 Putting your stamp on nature for profit

The patenting of cloned animals, genetically modified crops and genetic materials such as the breast cancer gene is well publicised, but you can also patent natural products such as protein isolates, plants, animals and grains.

“It does monopolise something, and sometimes the monopoly does – and the invention can – relate to traditional knowledge. And that's particularly where we've been working and talking to Indigenous people,” he says.

Protections against Indigenous knowledge appropriation have increased slowly over the last 30 years. But biopiracy still exists with foreign entities patenting traditional crops and medicinal practices without consultation with Indigenous peoples. 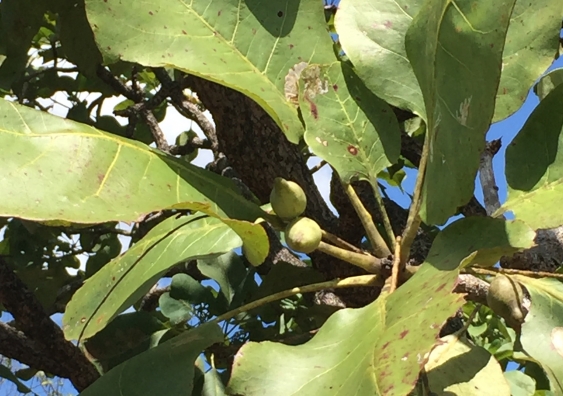 Mary Kay, for example, attempted to patent ingredients extracted from Australia’s native Kakadu plum. Widespread across north-western Australia and east to Arnhem Land, Kakadu plums are antioxidant- and nutrient-rich, boasting the world’s highest source of vitamin C, and they have potential anti-inflammatory and antimicrobial properties. Aboriginal people have used the fruit and tree for their food and medicines since before colonisation.

By establishing evidence of prior use of, and an established market for, products using Kakadu plum, Prof. Robinson successfully challenged the American cosmetics giant’s patent application in Australia.

Cosmetics company Red Earth, for example, was already using Kakadu plum: “They used to be handed out on the Qantas planes – and that's how we knew about it – in business class. When we did a bit of a media campaign about it, we had people in the public sending photographs of their Red Earth serums and creams. Which helped actually.

“It helped us create evidence that there was already a market using Kakadu plum. And it helped us defeat the patent.”

If Mary Kay had succeeded, they would have had a monopoly in Australia, meaning that local producers could have supplied to them but couldn’t have sold their own brands.

“So [defeating the patent] made a big difference to the market,” Prof. Robinson says. “It means that Indigenous-led enterprises can market their own Kakadu plum-based products as cosmetics … they’ve got more control of their own enterprises and more control in the market.” 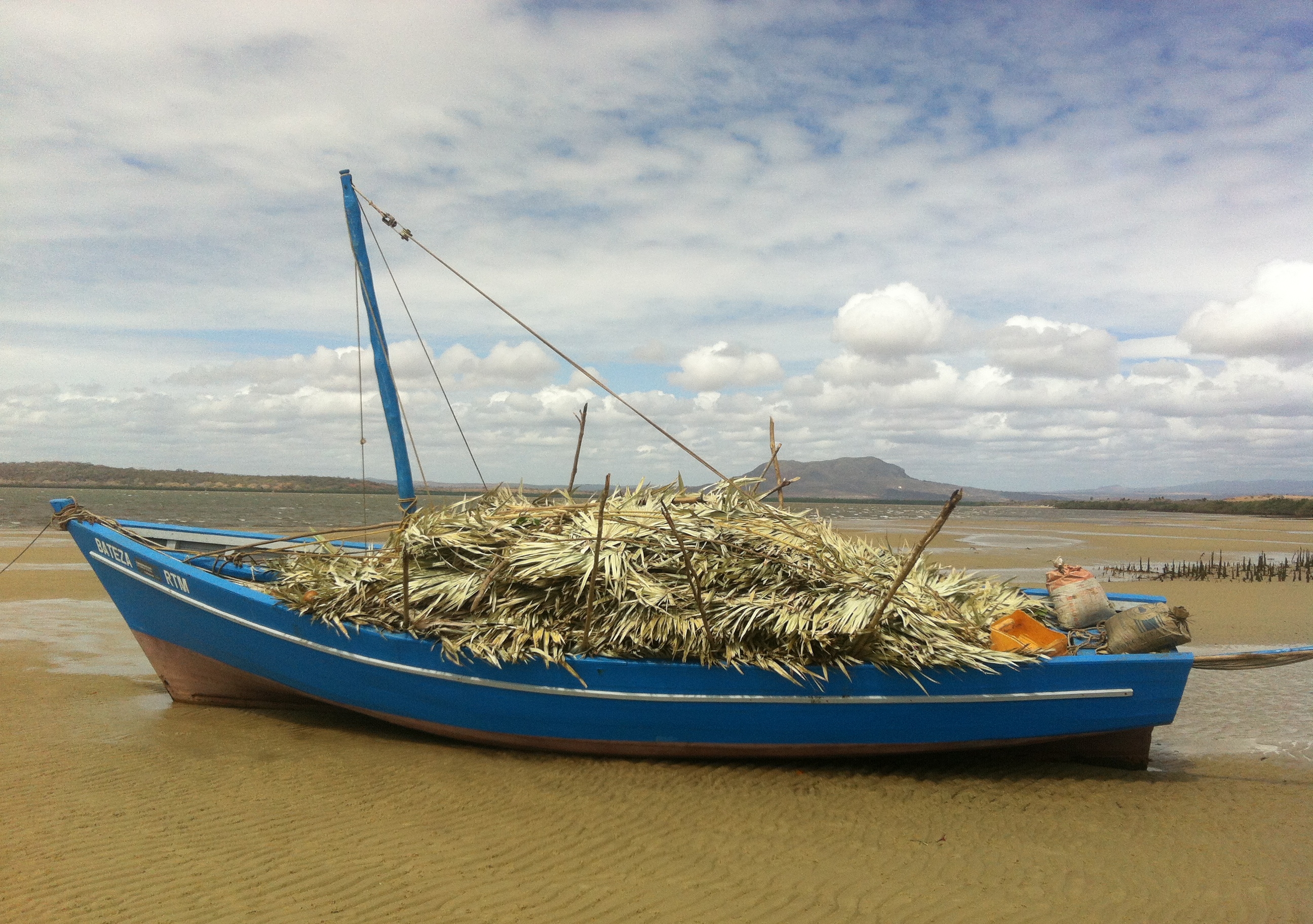 A boat in Northern Madagascar that was a benefit shared by a big research consortium with a local community. Photo: Daniel Robinson

“Access and benefit sharing (ABS) is another mechanism to recognise and protect local communities’ rights to native species and the associated traditional knowledge,” Prof. Robinson says.

ABS agreements give monetary and non-monetary benefits to local communities, with aims from poverty reduction to biodiversity conservation and social development. “These can range from financial contributions to capacity-building programmes, technology transfer, conservation projects, even eco-tourist trails,” Prof. Robinson says.

The concept of ABS agreements was influenced by a landmark agreement in Samoa in 1989. Traditional healers in villages in Falealupo have used the mamala plant, found in local rainforests, to treat hepatitis, intestinal complaints and acute viral infections for generations.

When researchers identified prostratin, extracted from the plant’s bark, as a potential anti-retroviral agent against HIV AIDS, they approached the community about conducting studies. The relationship has been defined through a series of ABS agreements that benefit the community, the government of Samoa and the research bodies ever since.

These range from financial contributions towards the construction of a local school to a significant share in the profits from the commercial success of any drug discovery.

This case laid the groundwork for ABS frameworks and arrangements like the Cook Islands’ Medical Technology (CIMTECH) agreement, which Prof. Robinson helped expand. The Koutu Nui, an Indigenous representative body of Cook Islands Maori people, are beneficiaries of the CIMTECH agreement and they support a number of activities in the Cook Islands like aged care and marine management.

“They receive some benefits – some money and support from that agreement – and it goes towards things like aged care, as well as marine conservation, education, awareness, that sort of thing.”

These kinds of agreements represent best practice and attempt to redress colonial-style appropriations of Indigenous knowledge and resources, in particular plant medicines and First Nations cultures. 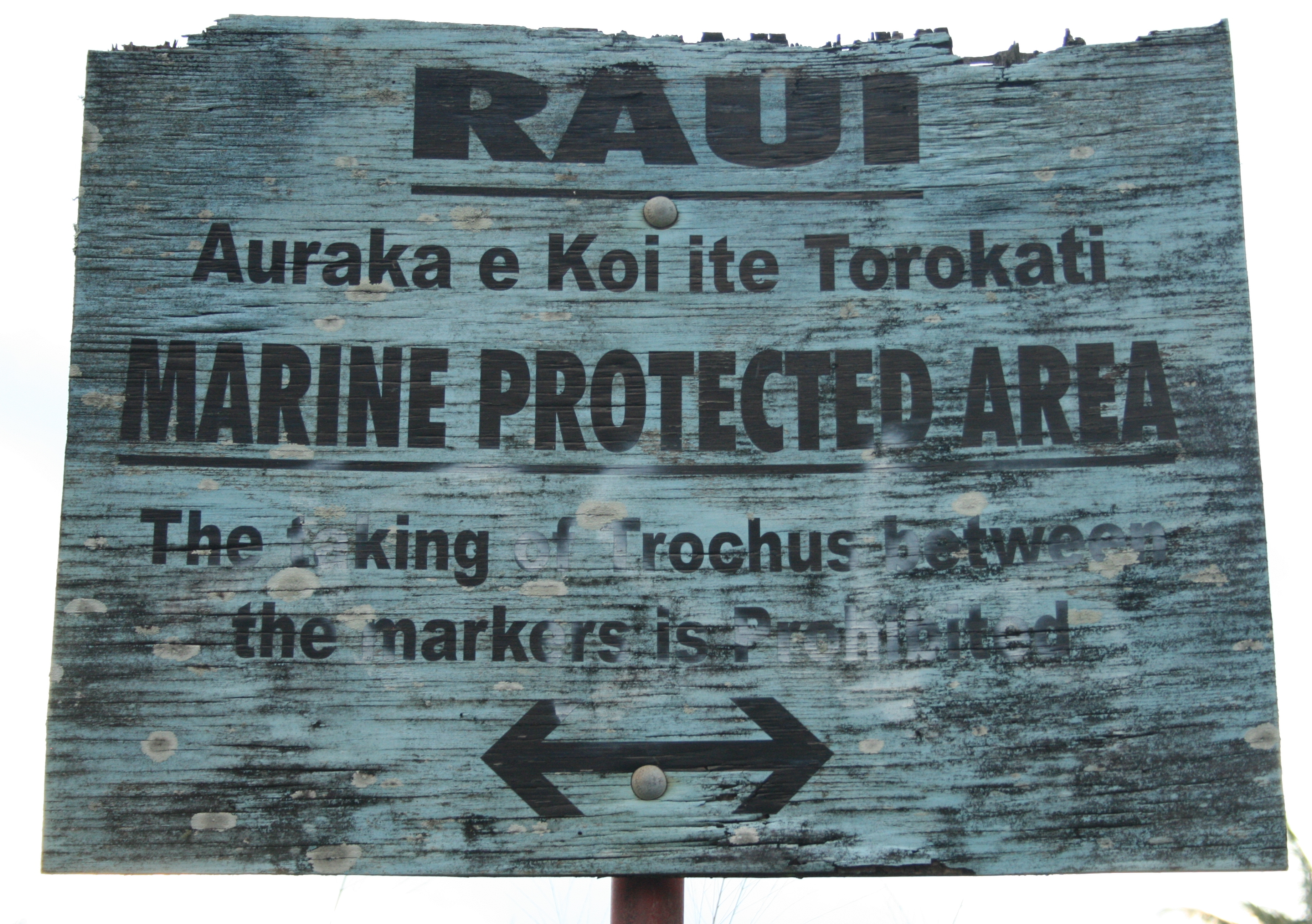 The Nagoya Protocol and the power of reciprocity

ABS agreements have been further strengthened by the introduction of the Nagoya Protocol, an international law developed through the Convention on Biological Diversity, dedicated to promoting sustainable development, from 2010-2014. Prof. Robinson was actively involved in both its development and ratification in countries across the Pacific region.

While it’s “not perfect”, the Nagoya Protocol has led to a lot of awareness in industry, he says. “In the '90s countries were struggling to address these issues, but the Nagoya Protocol forces them to make changes. And there has been a resulting proliferation now.

“Every country in the world has ratified the Convention on Biological Diversity except for the United States. So that tells you something. They're defending their biotech industries and chemical industries.

This reciprocity gives the law greater influence. “If a country ratifies the Nagoya protocol, and they develop legislation, they have to make sure that research users from their country behave appropriately in foreign countries,” he says.

“The EU has ratified the Nagoya protocol and they have detailed laws. So if a European researcher comes to Vanuatu, if they don't comply with Vanuatu’s laws, they can be punished in Europe under European laws.”

Prof. Robinson’s expertise is also sought by policymakers in Australia and the Pacific to reform biodiversity laws and enhance the protection of traditional knowledge. With Dr Margaret Raven, he has consulted as part of an expert advisory panel to the Queensland government, on the reform of its Biodiscovery Act, as well as making influential submissions to Intellectual Property Australia. 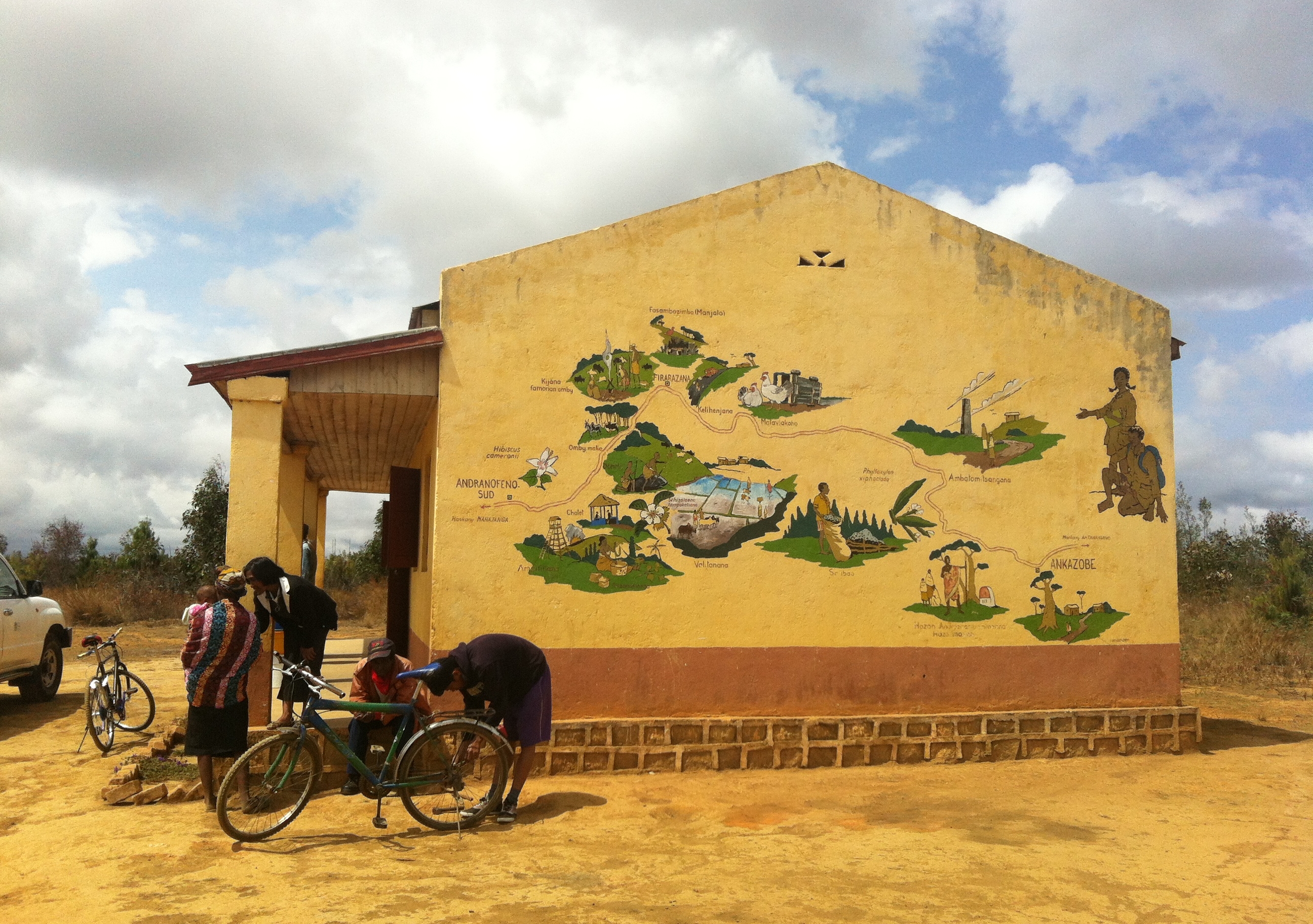 A community school in Madagascar that was provided and built as part of an access and benefit sharing agreement with a big research consortium. Photo: Daniel Robinson

Biopiracy, basmati and the colonisation of Indigenous language and knowledge

“ABS agreements represent a significant shift from the biopiracy prevalent from the late 1980s to early 2000s with some controversial patents placed on traditional crops and agricultural varieties, including Basmati rice,” Prof. Robinson says.

An American company was granted a US patent to sell and export a crossbreed of Basmati and American long-grain rice under the name Basmati in 1997. The unique aroma, flavour and long grains of Basmati rice are attributed to the soil and climate conditions in the foothills of the Himalayas where it’s been grown for thousands of years.

The patent represented a major threat to India’s exports and an appropriation of traditional knowledge and language (Basmati literally means fragrant in Hindi). It was challenged by the Indian government, alongside NGOs and activists, with some conditions overturned.

These issues still occur, and have been happening in Australia, as illustrated in the ongoing battle around gumbi gumbi. Gumbi gumbi is a small tree or shrub with orange berries that has been used in Indigenous bush medicine across inland Australia for hundreds of years. The name, a Parmanyungan word meaning medicine plant, is believed to date back to Dreaming-creations.

In 2017, there was an application to trademark the plant’s Indigenous name, following on from existing patents registered to produce and sell products made from the leaf's extracts.

The trademark application took almost three years before it was eventually rejected by IP Australia. Now Prof. Robinson, Dr Raven and 10 other academics have raised questions about the patent. The verdict is pending. 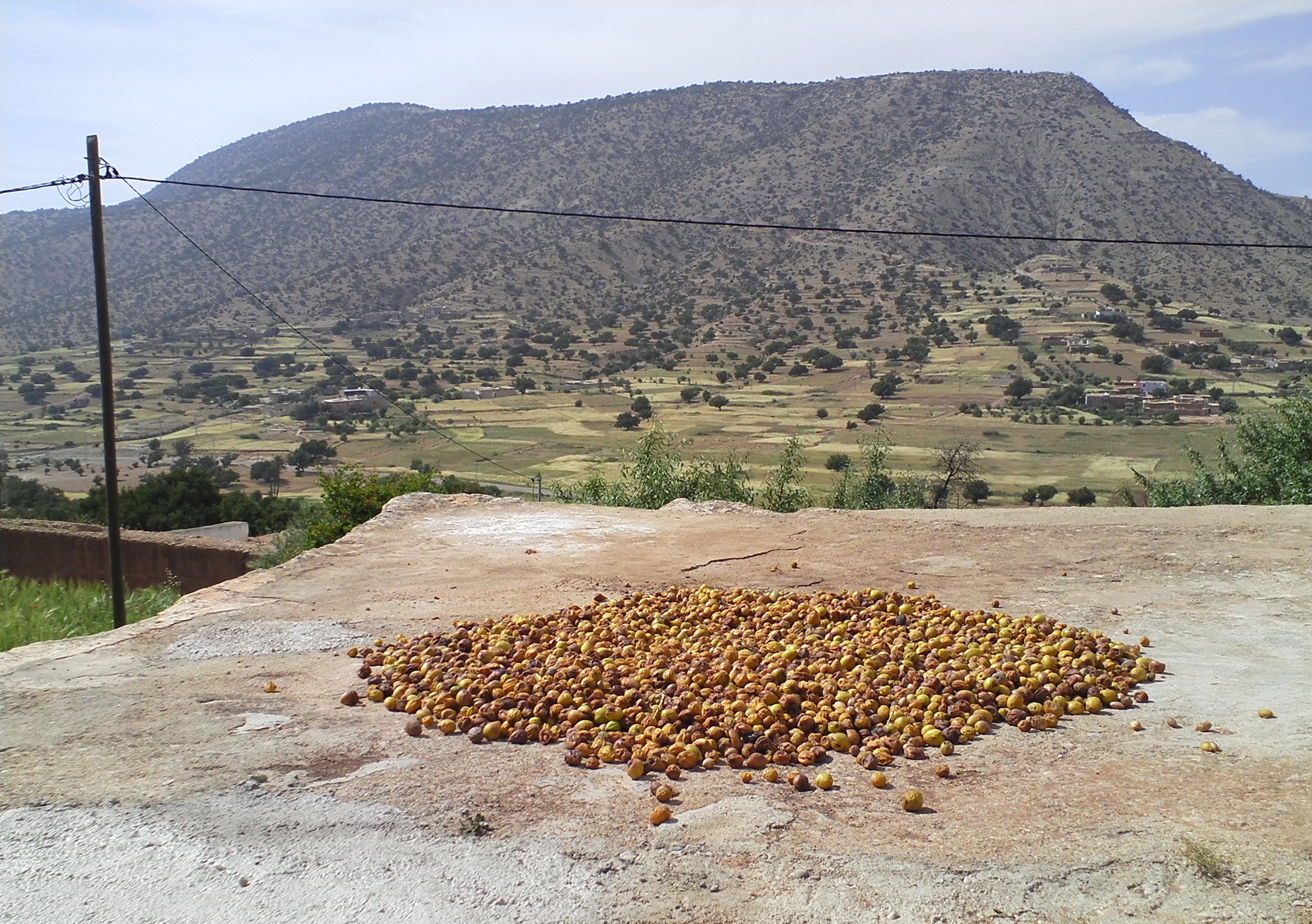 Moroccan argan fruit drying in the sun near Essaouira in the western Moroccan region of Meṛṛakec-Asfi. Photo: Daniel Robinson

From biopiracy to benefit sharing in big cosmetics

By contrast, in the last 15 years, there has been some welcome activity in the cosmetic industry’s use of benefit sharing, Prof. Robinson says. “We've been working in that space in the last 10 years. [The] cosmetics industry needs to use natural products to market themselves – they want to sound green and clean and organic.

“So, we've actually found that those sorts of companies can be more amenable to partnerships with local community, Indigenous communities.”

In the early 2000s, the biggest cosmetic company in the world, L’Oréal, led a marketing push to feature a high percentage of natural ingredients in their products – like 80 per cent – and a large proportion of the industry followed suit.

“The obvious thing is that the industry go to places in Africa, they go to the Pacific, they go to Latin America, and they probably find of course that [these organic ingredients] have been used traditionally,” he says.

“And sometimes they just use them, I think, without sharing any benefits, without any fair trade … But increasingly, they realise it's actually a marketing tool. They can say that they're doing fair trade, and they're sourcing these things appropriately and sustainably, with organic labels or Fairtrade labels.”

It has created a climate where a company’s social license to operate, that is the support of its business practices by employees, stakeholders and the general public, is being influenced by the extent to which they recognise the traditional owners and engage in practices where those owners receive benefits, he says. 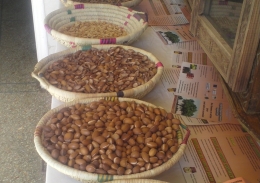 The Body Shop is an obvious example. They were involved in a Moroccan Argan oil supply chain that Prof. Robinson investigated in the early 2010s.

“They were giving significant benefits back to those women's cooperatives in Morocco … even to this day, they're still doing it; that same supply chain still exists. And that's a really interesting case, because the Argan oil was used by Amazigh women for a thousand years.

“And so it's become kind of a women's empowerment project for the Amazigh women … Until recently, until the last 20 years, they didn't have any rights. They were all working at home. They only had domestic duties.

“Morocco is a moderately conservative Arab country, so there's been reforms for women's rights. And also somewhat for Indigenous rights. And Argan oil has been at the forefront of all that as well.

“So there's kind of two waves of things happening. There’s reforms for women's and Indigenous rights, but at the same time, there's also the market side where there’s this booming market and there's opportunities for women.

“So it’s caused a really interesting sort of dynamic over the last 20-30 years.”