When the news surfaced that three young women had travelled from Melbourne to Brisbane via Sydney, failed to quarantine and two in the group subsequently tested positive to COVID-19, there was severe backlash.

The two women were named and shamed in the media, while Queensland Premier Annastacia Palaszczuk said she was “angry” they had put the community’s health at risk.

Ultimately, Queensland Police laid charges against the women, alleging they provided false and misleading documents at the border. The two women will face court on September 28.

While there’s no question these women did the wrong thing, evidence from past health crises shows us shaming and stigma don’t necessarily encourage compliance with public health advice. Public shaming could instead further marginalise already vulnerable groups.

We’ve seen a lot of public shaming during COVID-19

Whether in response to videos of people refusing to wear masks, or so-called “superspreaders”, there’s been no shortage of public shaming during the pandemic.

But it’s important to consider the role privilege plays when individuals become the subject of our collective outrage and condemnation.

We might compare the treatment of the Queensland women with a similar controversy in March, when a Melbourne couple contracted COVID-19 while on a skiing holiday in Aspen, Colorado. They tested positive back in Australia but reportedly flouted the directive to self-isolate.

The Melbourne couple were wealthy white Australians, and their case has been dealt with quite differently to the young Queensland women who are African Australian.

While both cases elicited public backlash, most publications didn’t name the Melbourne couple, citing “legal reasons”. Conversely, the young women from Queensland were identified by name, and photographs were taken from their Facebook accounts.

The online anger directed at the women became increasingly racial in nature. They were identifiable as non-white and had attended an African grocery shop while potentially infectious.

Within hours of these details being published, members of the African community in Brisbane reported intense racist harassment on social media.

The public backlash against the Melbourne couple was muted by their relative anonymity. They were protected from the level of doxxing — having one’s identity and personal information shared widely online — the young women have experienced.

The wealth of existing research on pandemics and epidemics shows people who contract a virus and then go on to spread it are often subject to public shaming and stigma.

Research also shows that poor, non-white and other disadvantaged groups often experience this stigma much more severely than privileged groups.

Extensive research into the stigma experienced by people living with HIV/AIDS has found this stigmatisation reduces the likelihood a person with the disease will seek a test, diagnosis or health care.

Public shaming of those who spread COVID-19 may feel cathartic in a time of collective anxiety, but the consequences can be serious. Ultimately, members of our community may become reticent or afraid to be tested — especially already marginalised groups. 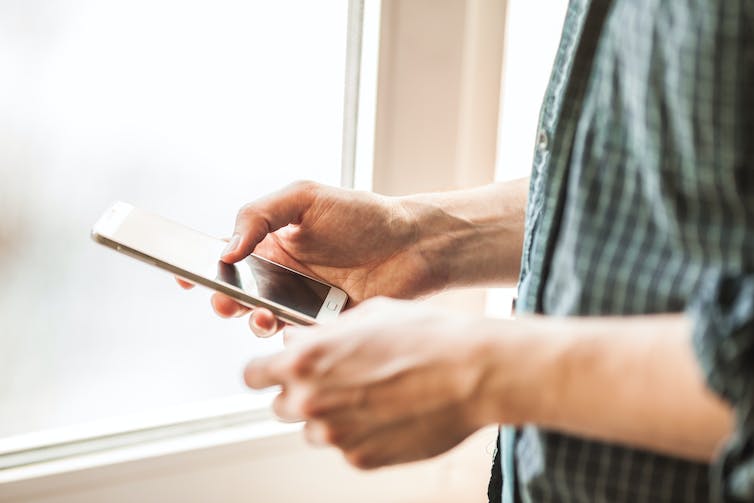 Social media has been a platform for public shaming during the COVID-19 pandemic. Shutterstock

A pandemic in the digital age

Traditional news media has a powerful role in public shaming, as seen in the case of the young Queensland women. The media creates long-lasting records and sets the tone for public debate.

While public shaming has a long history, COVID-19 has intensified social media-fuelled scrutiny and public shaming, exacerbating the effects of virus-related stigma.

We may assume seeing this kind of backlash might pull us all into line and deter us from behaving in the same way. But experience of shame and stigma in previous pandemics shows it’s an ineffective way to encourage compliance with public health orders.

Instead, public shaming is more likely to reinforce and inflame existing social inequalities.