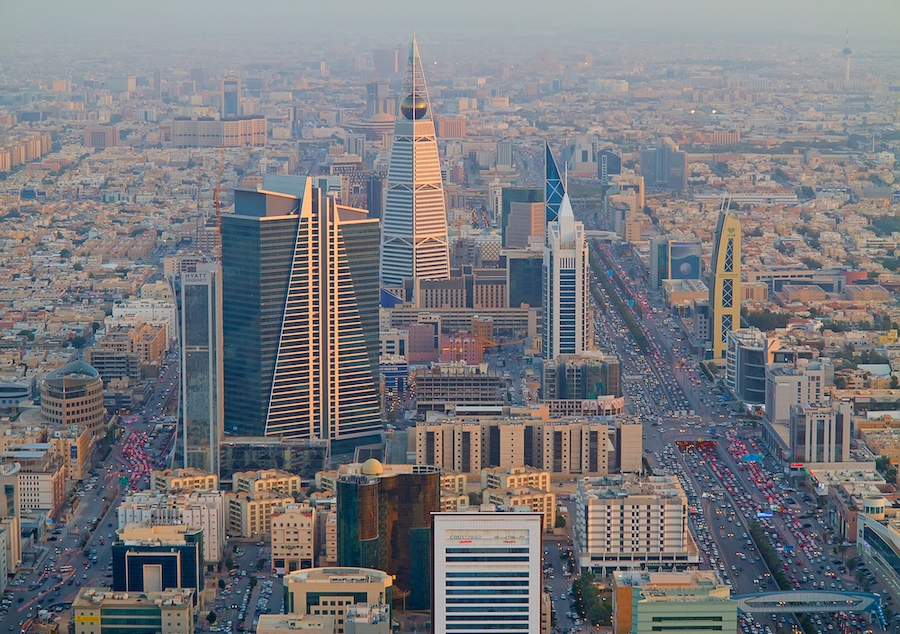 The Royal Commission for Riyadh has invited Scientia Professor Mattheos (Mat) Santamouris, Anita Lawrence Chair High Performance Architecture at UNSW Built Environment, and his team of researchers to create an advanced technology mitigation plan to counter overheating, reduce the city’s temperatures and make it more sustainable. The commission is responsible for the urban, economic, social and cultural development of Riyadh.

Saudi Arabia’s capital sits on a desert plateau and can reach temperatures in excess of 50 degrees Celsius during summer. Professor Santamouris says this is one of the biggest mitigation projects in the world.

“Our High Performance Architecture team at UNSW has undertaken the responsibility to cool down one of the world’s hottest cities,” he says. “Although we have had many projects in large cities and apply our technology and knowledge to overheating cities and the fight against local and global climate change, this is the first time Australian technology and knowledge will be used in such a large-scale project in this part of the world.”

According to Professor Santamouris, temperatures in Riyadh are continuously increasing due to climate change and rapid urbanisation. He says, because of the proximity to the desert, the use of conventional materials, like black asphalt and concrete, and the limited greenery due to lack of water, ambient temperatures in the city far exceed comfortable levels.

“Our team has developed very advanced materials and techniques,” Professor Santamouris says. “We have had more than 100 large-scale projects around the world – in Europe, the Americas, Asia, and many in Australia – where we have achieved a reduction in the temperature of cities of up to 3 degrees Celsius. With this project, Riyadh will become the first city in the world with a complete and technologically advanced mitigation plan.”

The Riyadh heat mitigation project will be phased

The first phase of the project will be extensive aerial monitoring of the city using planes equipped with advanced sensor infrared technologies. Infrared thermography will help the team understand the thermal conditions in Riyadh and the hotspots – where the temperature is much higher.

The High Performance Architecture team will collaborate with an Australian company, National Drones, during this first phase. Professor Santamouris says they will also work with some Saudi companies because of the high quality of local expertise and the constraints in transferring equipment from Australia under current coronavirus circumstances.

During the next phase, the UNSW team will help the Royal Commission optimise and implement advanced large-scale urban mitigation projects.

“Here at UNSW, we have developed some very sophisticated materials for buildings, roofs and pavements that may present up to 5 to 6 degrees Celsius surface temperature below the ambient temperature,” says Professor Santamouris. “This is important because, for example, when the ambient temperature is 40 degrees Celsius, the temperature of asphalt is 75 degrees. Our materials would be at about 30 to 35 degrees, which is a significant decrease. We will also investigate the potential use of greenery, water, ventilation, earth and many other techniques to reduce the temperature.

“It is expected that the implementation of the advanced mitigation technologies will significantly reduce the buildings’ energy consumption, enhance thermal comfort and improve heat-related health issues,” he says.

The team will create high-resolution large-scale simulations of Riyadh to understand the potential, performance and efficiency of the different mitigation technologies and then prepare the best combination.

The project is currently in a planning phase and officially begins on 15 September. Monitoring will be completed by the end of November and mitigation scenarios by the end of 2020. The plan scenarios will then be evaluated and optimised and the first phase completed in April 2021.