Why people get sick in virtual reality

‘Cybersickness’ might sound right out of a sci-fi novel, but it’s an illness impacting people across industries today. UNSW Sydney researchers are trying to understand what causes this sickness – and how to prevent it. 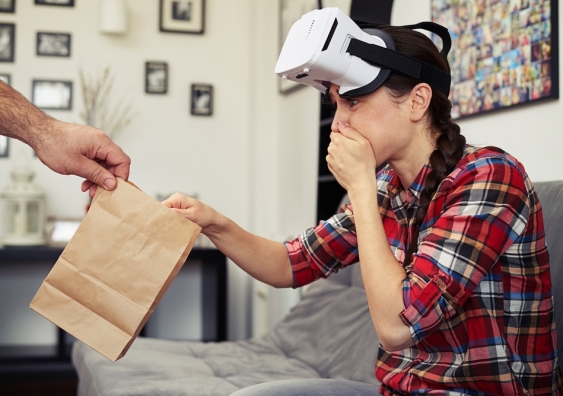 Virtual reality (VR) technology – which can immerse people in real or imagined environments via a head-mounted display (HMD) – has expanded possibilities for how people can learn, communicate and relax.

Not just a source of entertainment, VR is now used across education, skills training and medical rehabilitation. In many cases, VR is used to help teach complex skills when real environments are too dangerous, like mine rescuers’ safety training.

But despite advancements in VR technology, an illness called ‘cybersickness’ is standing in the way of widespread VR use.

“Cybersickness is the umbrella term for illness caused by using a computer display,” explains Dr Juno Kim from UNSW Science’s School of Optometry and Vision Science.

“This health condition – which is very similar to motion sickness – usually includes symptoms like dizziness, nausea, eye discomfort and disorientation.

“But while motion sickness is a sensory mismatch between what we see and what our other senses signal about our motion, cybersickness doesn’t require physical movement.”

While the severity of cybersickness can vary from person to person, the symptoms can be long-lasting.

“Evidence tells us cybersickness has negatively affected the widespread use of HMD VR by everyday consumers,” says Dr Kim. “By better understanding cybersickness, we can find hardware and software solutions to reduce it.” 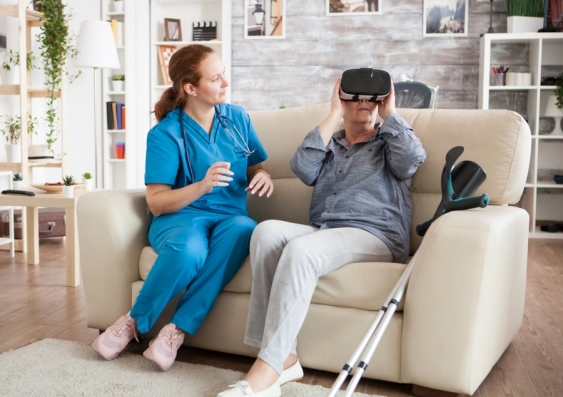 VR is used across industries, including for physical rehabilitation. Photo: Shutterstock.

It starts with lag

While there isn’t consensus on why people become ill in VR, it’s well accepted that display lag – that is, the delay in the virtual scene keeping up with actual movements – is a key contributing factor.

“With recent advances in the development of this technology, new HMD devices like the Oculus Rift S and Quest now achieve extremely low display lags. But latency spikes can occur from time to time which appear to generate bouts of cybersickness.”

Researchers like Dr Kim are taking advantage of these fast-loading HMDs to better understand cybersickness in general.

“With these state-of-the-art displays, we can finally play the game of deconstructing them by adding lag to see the impacts it has on cybersickness,” he says. 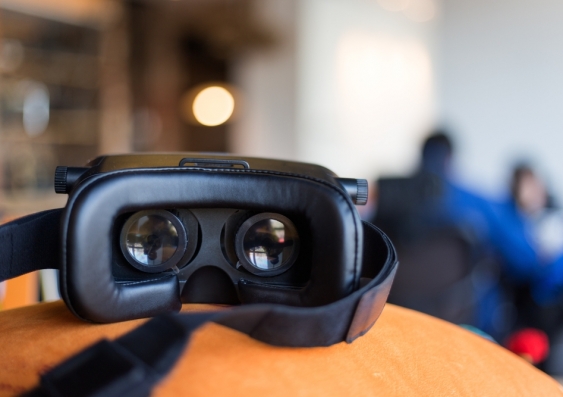 A new theory of cybersickness

Dr Kim and his team at the Sensory Processes Research Laboratory have been working on finding a way to measure the likelihood of experiencing cybersickness.

The team recently found that cybersickness could be explained by the level of ‘scene instability’ – that is, the amount the virtual environment rotates in relation to the head’s real rotation.

For example, if a person in VR turns their head, the virtual head will follow – but won’t quite keep up, both in time and space. As the virtual environment adjusts, the ground appears to be unstable, even though the physical ground remains still.

The angular difference between the virtual and physical head (called Difference in Virtual to Physical, or DVP) was found to not only create the illusion of an unstable environment, but also account for the severity – and likelihood – of experiencing cybersickness. 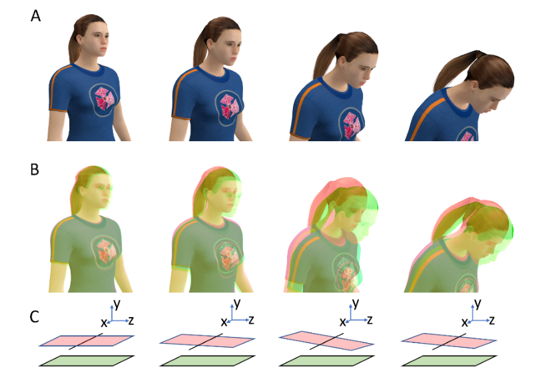 The virtual body can have trouble keeping up with the real thing. In figure B, the real head (green) looks down, while the virtual head (red) follows. The delay causes the virtual ground (figure C) to appear unstable. Image: Juno Kim.

To demonstrate this theory, 30 participants were asked to move around a virtual space while wearing a state-of-the-art HMD, the Oculus Rift CV1. While this HMD usually has a baseline lag of less than five milliseconds, the researchers added artificial lag to put the users’ real and virtual movements out of sync.

“The scene instability theory is the first to generate a testable hypothesis for understanding cybersickness and its causes.” 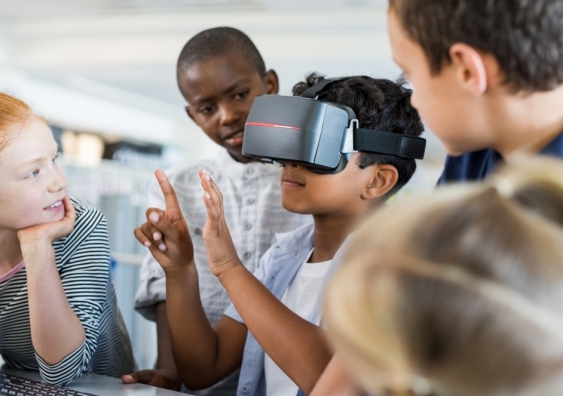 VR use is becoming more common, so it's important to get the basics right - like making sure people don't get sick. Photo: Shutterstock.

Moving towards a VR future

“Now that we have instantaneous information about how much peak difference in DVP someone has been subjected to, we may have a way of predicting the likelihood that they are going to get sick.”

Down the track, this model could help the researchers create solutions to minimise cybersickness, such as wellbeing add-ons that indicate when someone’s had a particularly rough VR experience and might need to take a break.

“VR technologies are becoming more common and accessible, so it’s important to get the basics right and make sure people aren’t getting sick,” says Dr Kim.

“Cybersickness solutions could benefit the global community by providing better access to future ways of working, educating, training and communicating.”