After COVID, we'll need a rethink to repair Australia's housing system and the economy

The fallout from COVID-19 for housing and homelessness just adds to the urgency of fixing the long-standing ills of the housing market. The well-being of Australia's economy and people depends on it. 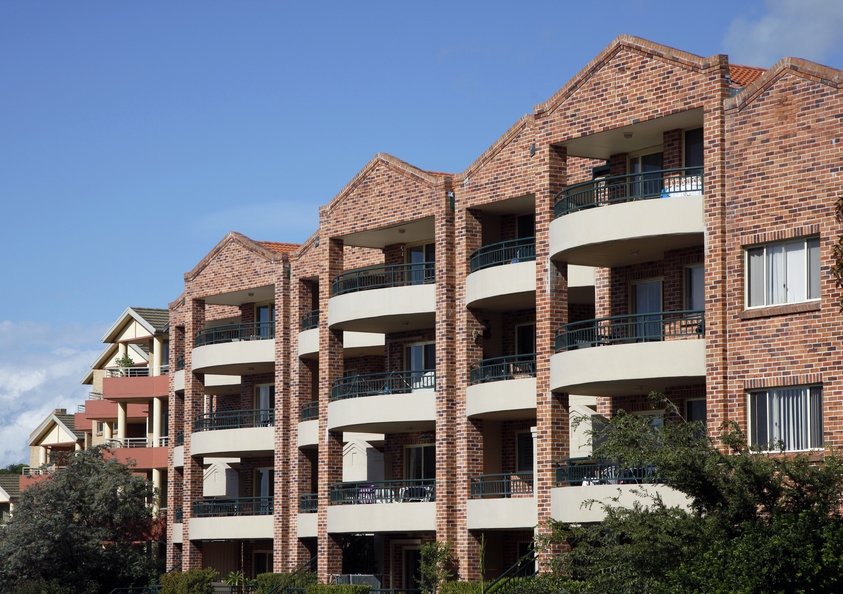 A new report from the New South Wales Productivity Commission (NSWPC) announces that “[higher] housing costs … impose broader economic costs”. That chimes with our own newly published research. The implication is that Australia’s heavily capitalised housing market will weigh down economic recovery from the shocks of the coronavirus pandemic.

A niche group of economists and epidemiologists had warned the world for decades that a pandemic would have devastating economic and social consequences. When it comes to Australia’s housing, though, the COVID-19 crisis has only served to highlight deep and long-standing faultlines.

The housing system has produced triple crises of rising homelessness, growing queues for non-market, affordable housing and the pervasive affordability problems for middle- and lower-income households who depend on the private housing market. All these pressures were building well before the pandemic.

However, a particularly cruel COVID-19 effect has been the concentration of pandemic impacts on public-facing economic sectors and jobs. Younger people and female employees have been hit hardest. The fallout in the lower end of the labour market will only make existing pressures worse.

Australia is about to embark on an audacious economic and social experiment as it tries to wind back the JobKeeper and JobSeeker programs temporarily protecting about 3.5 million people. Treasury projections envisage a gradual withdrawal. In reality, especially if any eviction moratoria are allowed to lapse, the start of this process will likely trigger huge immediate challenges in managing the housing and homelessness fallout.

Beyond that, the recession will drive home the need for political leaders to more fully appreciate the integral role of housing in the economy. The housing system plays key roles in shaping economic productivity, stability and inequality.

How on earth did we get here?

For many decades economics-leaning policymakers have assumed the housing market is largely a well-functioning system driven by helpful economic forces. Most famously personified in comments by former prime minister John Howard, and very much in tune with dominant media messaging, Australian governments have generally welcomed rising house prices as signifying consumer confidence. Even academic researchers and government analysts have cited house prices as a sign of the “success” of cities and regions.

More recently, ever-rising house prices have finally been recognised as a driver of wealth inequality. The problem is linked to rising mortgage debt and increasingly recognised as likely to add to instabilities in the macro economy and financial system.

There are also growing policy concerns that city living is becoming too expensive. This in turn harms economic productivity. [OECD data] show Australia is on a similar path to the US, with the metropolitan share of national GDP per capita falling in recent years. 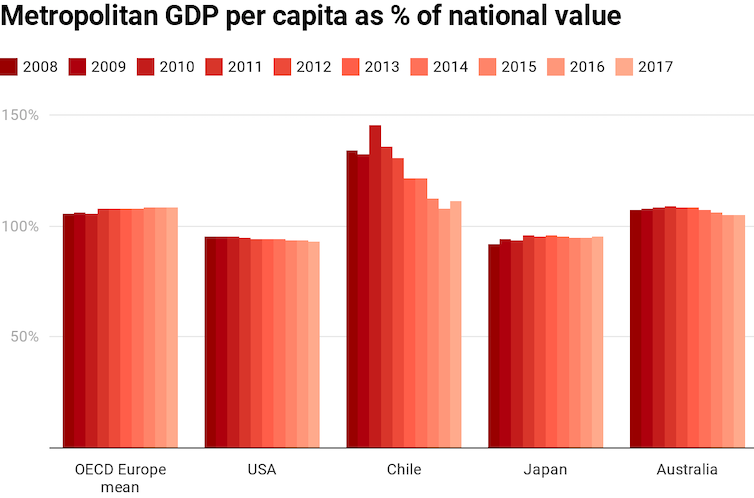 Metropolitan GDP per capita has been declining in Australia and some other countries. Data: OECD, Author provided

The NSWPC report recognises that the combination of excessive rents and insecure tenure can damage children’s educational attainment and prospects. Prices and rents are particularly unaffordable in Sydney, making it a more stressful place to live and work. Resulting migration to other parts of the country reduces employers’ access to the supply of willing and productive labour, thus damaging productivity.

But the NSWPC analysis of housing-to-economy interactions does not go anything like far enough. As our research shows, Australia’s dysfunctional housing system results in a battery of other economically harmful impacts. These include:

Perhaps worst of all, the high private housing debt in Australia is among the worst in the world. The International Monetary Fund (IMF) and the OECD recognise this debt as a threat to financial and economic stability.

Economics students are taught the “paradox of thrift”: when an individual saves, it benefits them in the long run. When too many people save, it harms economic growth.

In a similar way, rising housing prices benefit owners of houses and/or investments. But when we scale up to the level of a locality, city, state or economy, rising prices have a profound negative impact. 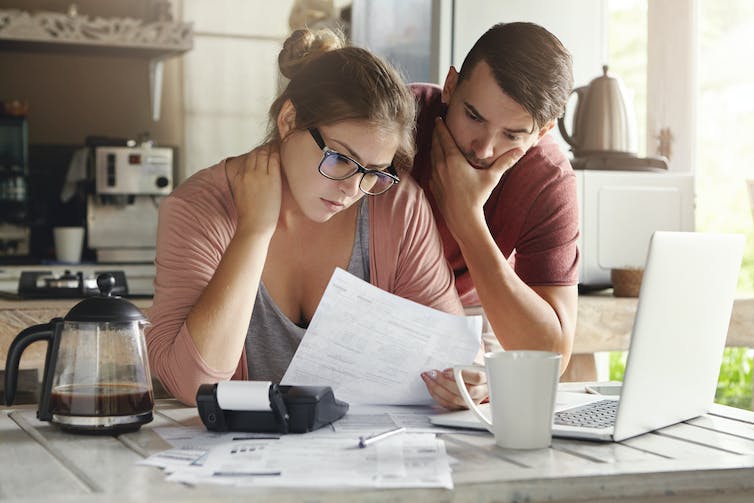 The impacts of high rents and mortgage debt on people’s behaviour have significant consequences for the economy. Shutterstock

With all this in mind, our report lays out a wide-ranging “housing and productivity” research agenda. The hope must be that the resulting evidence helps trigger the policy reboot needed to transform the housing system from being part of the problem to part of the solution.

Much more attention needs to be focused on how owners and renters adjust savings and spending as a result of excessive housing costs. Without knowing about these behavioural responses, it is impossible to design appropriate policies.

We must find ways to restore the housing prospects of younger and/or less affluent households. We must research the potential for schemes to help first home buyers with deposits, and assess how better credit scoring methods could reduce pressures on rental markets. This is particularly important because currently used credit scoring methods disproportionately reward access to wealth, and do not adequately capture important aspects of prospective borrowers’ consumption and saving behaviour.

Delayed home ownership entry or permanent exclusion have major long-term implications. Worryingly, the negative impacts on economic productivity and stability have been largely ignored to date.

The Grattan Institute estimates home-ownership rates for the over-65s will fall by 19% by 2056. The impacts on retirement incomes will be significant.

Policymakers haven’t planned for the inevitable rise in need for social housing from impoverished older private renters. The present system has glaringly failed to provide housing affordable for more than half of Australia’s low income tenant population. Acting on the mounting economic imbalances caused by the housing crisis could, at the same time, generate a more productive and stable economy.