Building a community of inclusion and support for LGBTIQ+ professionals

According to the Diversity Council of Australia’s 2019-2020 Inclusion at Work Index, LGBTIQ+ workers were almost twice as likely as non-LGBTIQ+ workers to agree they had to hide or change who they are at work to fit in. 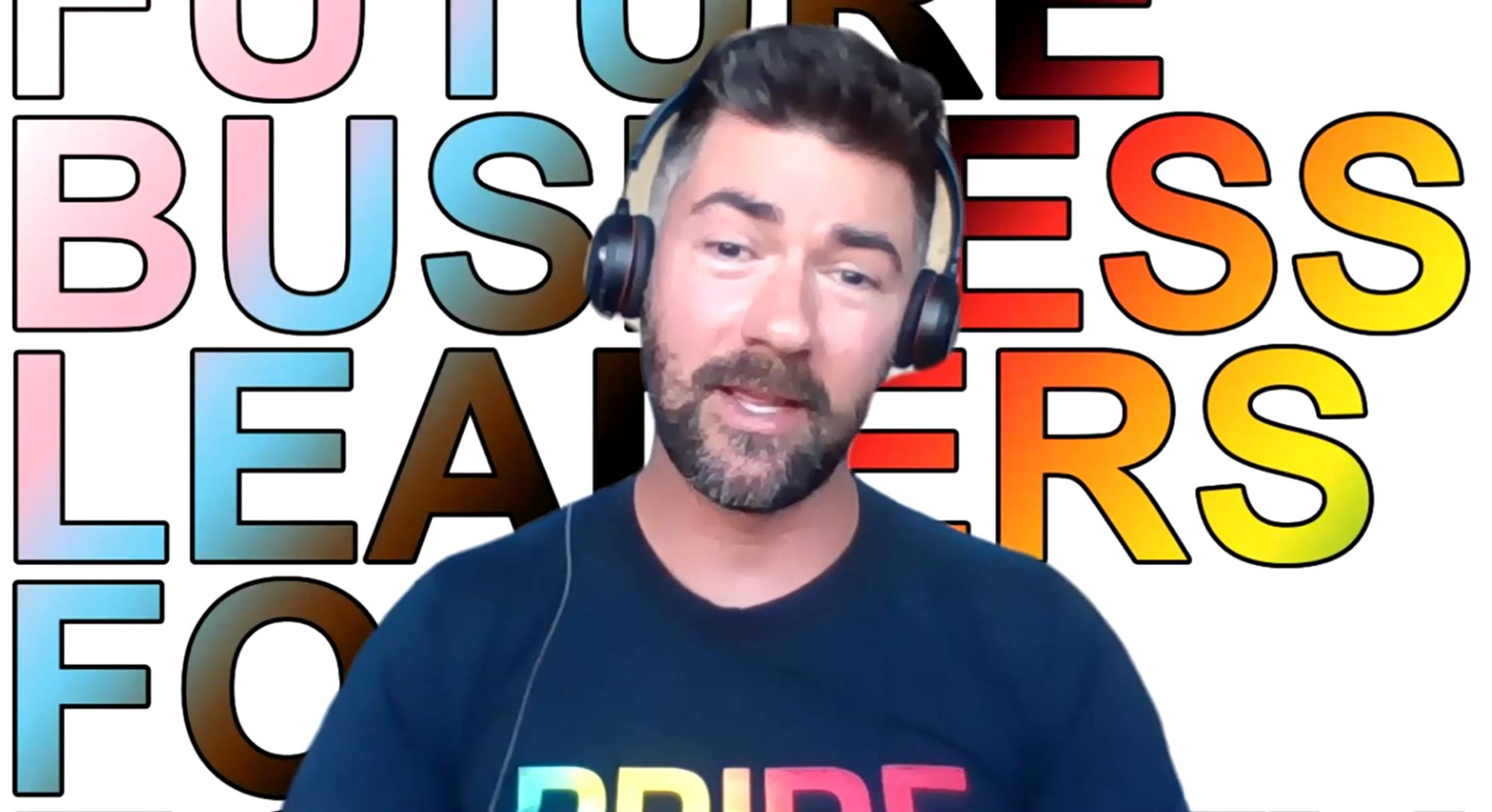 According to the Diversity Council of Australia’s 2019-2020 Inclusion at Work Index, LGBTIQ+ workers were almost twice as likely as non-LGBTIQ+ workers to agree they had to hide or change who they are at work to fit in.

This is something AGSM @ UNSW Business School MBAX student Innes Bailey wants to see change. And he’s building awareness in his workplace as Chair of the Pride committee at NRMA and as the 2020 President of PRIDE@AGSM network. Bailey wants to show that being your true self at work is not just to be encouraged by employers: it also has tangible business benefits.

“It’s about being authentically honest. We want everyone to feel they can be who they are – whether they are queer, have a disability, mental health issues, or are from an ethnically diverse background,” says Bailey.

He believes the business benefits of a more inclusive workplace are well understood.

“The key takeaway for me is that if you build a space culturally in an organisation where people can be authentically themselves, where queer people don’t feel uncomfortable talking about their partner and people can come to work 100% who they are – the work is going to be 100% as well,” he says.

Taking pride in our differences

PRIDE@AGSM is all about creating a space where LGBTIQ+ MBA students at AGSM can come together. The Network is currently running a series of online events titled Future Business Leaders for Equality. It provides opportunities for members to talk about being queer professionals and build a sense of community.

When Bailey finished university and started his career over 10 years ago, there were one or two networking organisations for queer people to connect with the broader professional landscape. Having been heavily involved in student and queer politics while studying, he wanted to continue this while undertaking his MBA.

Bailey acknowledges the positive progress that’s been made for the LGBTQI+ community in the last 40 or so years, including marriage equality in Australia and other countries around the world, but there’s still a way to go.

“There’s still so much more to do. It’s about reinforcing that progress and making sure it sticks. It’s also about getting legal protection – legal recognition and protection against discrimination.”

That’s why the PRIDE@AGSM network and its events are so important to Bailey. “It covers not only the community building part but is also about teaching and continuing that conversation. Keeping the momentum going,” he says.

Innes also says the network gives those in the LGBTIQ+ community who aren’t highly engaged, the opportunity to be a part of these types of conversations. And it gives allies the chance to hear about the difference in people's journeys, strengthening their understanding.

PRIDE@AGSM and University of Sydney (USYD) Pride Network co-hosted the ‘Queer Aboriginal Voices Matter’ webinar on 3 September. This focused attention on the inclusion of LGBTIQ+ First Nations People, through their work, research and authentic leadership. Of the 350 attendees for the online event, 75% identified as LGBTQI+ and 13% identified as Aboriginal or Torres Strait Islander.

The barriers to inclusion for Aboriginal people in society and the workplace are often spoken about separately to those experienced by LGBTIQ+ people. Led by Senior Lecturer and Indigenous Health Promotion Program Director at USYD and Australian Aboriginal (Darkinjung/Ngarigo) Dr Michelle Dickson, the discussion showcased the unique perspective of Indigenous LGBTIQ+ Australians as they move beyond acceptance into a space of belonging.

Dr Dickson was joined by Professor Braden Hill, a Nyungar (Wardandi) man from the south-west of Western Australia and the Pro-Vice-Chancellor (Equity and Indigenous) and Head of Kurongkurl Katitjin, Edith Cowan University’s (ECU) Centre for Indigenous Australian Education and Research.

Jason Glanville, a Wiradjuri disruptor and start-up founder, and Dr Vanessa Lee, from the Yupungathiand Meriam Nation a social epidemiologist and public health researcher within the discipline of Behavioural and Social Sciences, in the Faculty of Medicine and Health at the University Of Sydney. Dr Lee is also one of the founding members of the Australian Indigenous data sovereignty network and Co-Convener to the oldest continuing LGBTQI+ rights organisations, ILGA World.

The panellists agreed on the importance of inclusion being a part of the daily ‘lived experience’ within an organisation, not something that is ‘bolted on’ as a box to be ticked. They want to see healthy habits of respect developed, including clear strategic goals. And they called on leaders, from Board level down, to model that behaviour.

Bailey says facilitating open discussions like this webinar can help both LGBTIQ+ people and allies take a big step forward in contributing to a more inclusive society. For him, it’s a conversation that emphasised the intersectionality of experiencing homophobia and racism – something that is unique to the Indigenous LGBTIQ+ experience.

“We’re getting to showcase these voices, hear about their history and what it means to be a queer and indigenous person right now in this current time,” he said.

A previous webinar in the event series in June, ‘Celebrating Out Women in the Workplace’, looked at the intersection between sexism and homophobia when it covered four LGBTIQ+ women’s journeys of navigating coming out in a professional context.

Bailey embarked on the AGSM MBAX program because he wanted to explore a career change that aligned with his passions and values, which lead him to a new role in change management. Currently EPMO Change Analyst at the NRMA, he is working within the organisation to lead change projects and help team members adapt to new ways of working.

“I am the sole change professional for an entire division within the NRMA,” he says. “The projects I’ve been able to work on focus on people’s journeys of behavioural change and have been very growth orientated. Changing the way our staff and members interact with each other – that’s really exciting for me.”

Bailey says it’s important for organisations to incorporate diversity and inclusion into their business values and let both internal and potential staff know about it.

“Organisations that pay attention to diversity and inclusion, and continually focus on improvements in that area, will give employees the perception they’ll be better looked after. Most quality candidates’ value that in their organisation.”

“For candidates like myself who are queer, if you aren’t talking about the things you’re doing to improve diversity in an organisation, you’ll miss out hiring these people. It doesn’t matter how good the offer is,” Bailey says.

Passionate future leaders like Bailey who are motivated to educate and create spaces for inclusion are the key to positive and genuine change. By amplifying diverse voices and striving for more equality in the workplace, will lead to a more inclusive society where all minority groups feel comfortable, supported and safe.