Lisa Harvey-Smith, UNSW Professor of Practice in Science Communication, will continue to champion women and girls in STEM. 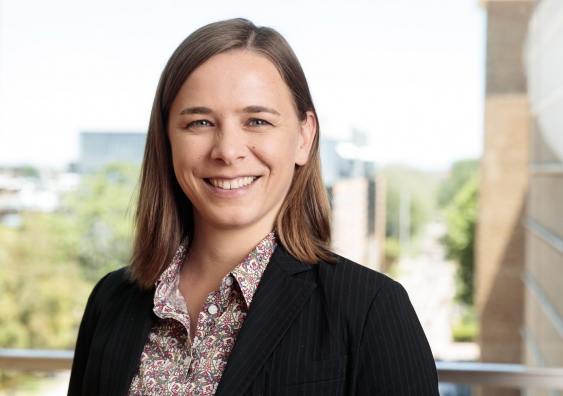 Professor Lisa Harvey-Smith’s appointment as the the inaugural Women in STEM Ambassador has been extended for two years.The UNSW Professor of Practice in Science and award-winning astrophysicist has played a central role in the government’s efforts to encourage girls and women to study and work in science, technology, engineering and mathematics (STEM).

Announcing the reappointment today, Minister for Industry, Science and Technology Karen Andrews praised Professor Harvey-Smith for the work she had already done and the challenge ahead.

“Professor Harvey-Smith shares my passion for advancing women and girls in STEM and is an outstanding role model,” Minister Andrews said.

“As Ambassador, Professor Harvey-Smith has driven social and cultural change and established herself as a public authority on STEM equity issues.

“She will continue to play an integral role in our efforts to remove barriers and open up opportunities for women and girls in STEM, which will benefit the entire nation.”

Professor Lisa Harvey-Smith said she was immensely proud of the work her team had done over the past two years to increase the participation of women and girls in STEM.

"I'm absolutely delighted that the Australian Government has asked me to serve another two years as the Women in STEM Ambassador,” Professor Harvey-Smith said.

“I am delighted to be hosting Lisa Harvey-Smith at UNSW Science for another two-year term as she continues her vital work in encouraging more young women into STEM studies and industry around the country,” Professor Johnston said.

“Australia needs to attract and retain more women into STEM if we are to meet the multifarious challenges facing us in the near future. Lisa's work is having a demonstrable effect in this area.”

The Australian Government is providing $3 million over 2018-19 to 2021-22 for the Women in STEM Ambassador initiative.