New research suggests people with autism may not have as much difficulty imagining the thoughts of others as previously believed. 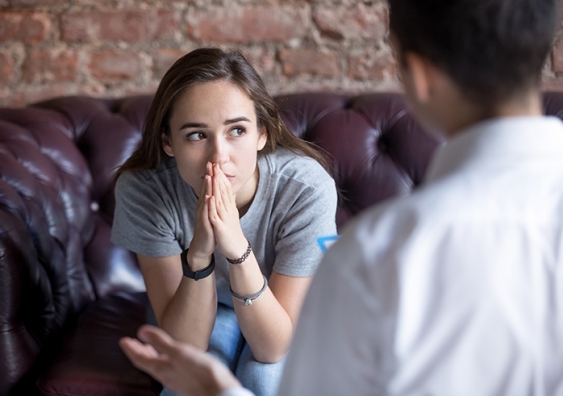 The brains of people on the autism spectrum can infer what others think, contrary to a commonly held view that says they find it hard to imagine another’s thoughts, a new theory by UNSW Sydney psychologists suggests.

However, although people with autism may be able to grasp what another person is thinking, they may have more difficulty afterwards in detecting differences between their own and other people’s thoughts.

In an article published recently in the journal Psychological Bulletin, researchers from UNSW and Ghent University in Belgium outlined a new theory about the cognitive processes that occur as humans interact with each other.

The researchers reframe the available evidence about the ability to understand another’s thoughts and emotions – known in psychology as ‘Theory of Mind’. While the ‘Theory of Mind’ idea suggested that one needs to primarily infer others’ thoughts in order to understand them, the new theory highlights the importance of comparing one’s own to others’ thinking instead.

Through a systematic review and critical analysis of more than 50 neurological imaging studies, the researchers found that one of the main areas of the brain that we use to understand others is active when detecting differences between what one thinks, and what others think.

Called the temporoparietal junction, this brain region is often found to be less active in people on the autism spectrum. After re-assessing findings from 35 years of Theory of Mind research in autism, the researchers argue that the brain in people on the spectrum may be able to grasp what others think, but then may have a harder time processing the degree to which others think differently from themselves.

Dr Eliane Deschrijver, a postdoctoral researcher at Ghent University visiting UNSW, says during any social interaction between humans, one can conceive the other’s mental state.

“As you talk with someone, your brain may need to detect whether this person is in alignment with what I think, or not – to what extent is this person thinking like me?,” Dr Deschrijver says.

“And if you’re not in alignment, your brain has to decide: ‘How can I resolve this conflict, do I rephrase my own thinking to reach a mutual understanding, or do I focus on the other’s point of view?’ ”

It is this process that people on the autism spectrum may have difficulty with – recognising the differences in mental states between themselves and the person they are interacting with, and adapting to this.

“If individuals on the spectrum notice another person trying to steer away the conversation towards an own interest, for instance, they may not entirely process a mismatch in thinking as a cue to stop talking,” Dr Deschrijver says.

“This may lead them to oversharing their own thoughts, or the opposite may happen, too. Understanding another person’s different thoughts may actually keep an individual on the spectrum from verbalising their own thoughts, even if this would be socially expected within the given context. Differences in engaging in back-and-forth conversation are thought to lie at the heart of the autism spectrum.”

A new perspective on social interaction

The new research not only has implications for what we understand about autism, it is also relevant to the many other ways that humans interact.

“No two people ever see or experience the same events in exactly the same light. In fact, in any conversation, minor differences in thinking happen all the time.

“For example, someone may be telling you about a situation with their boss, while you were thinking of changing the topic to your cat. If one isn’t on the same page with another person, the brain may need to process this, and then determine whether to rephrase one’s own thoughts or focus on the other's. It can crucially determine the flow of any social interaction.”

Recognising a person’s sarcasm, for example, when they describe the weather as ‘beautiful’ while it is raining, may well depend on detecting a mismatch between this person’s statement and one’s own understanding of the world.

“Broader fields like legal topics, animal cognition, economics and cultural studies have focused in part on ‘Theory of Mind’ as core to understanding others. If our theory holds, some of those fields may need to accommodate a central role of relational mentalising in the long run, too.”