Researchers have long suspected there's water - or ice, to be precise - on the Moon. New research now confirms it, and suggests it lurks in sun-starved nooks and crannies called 'cold traps'. 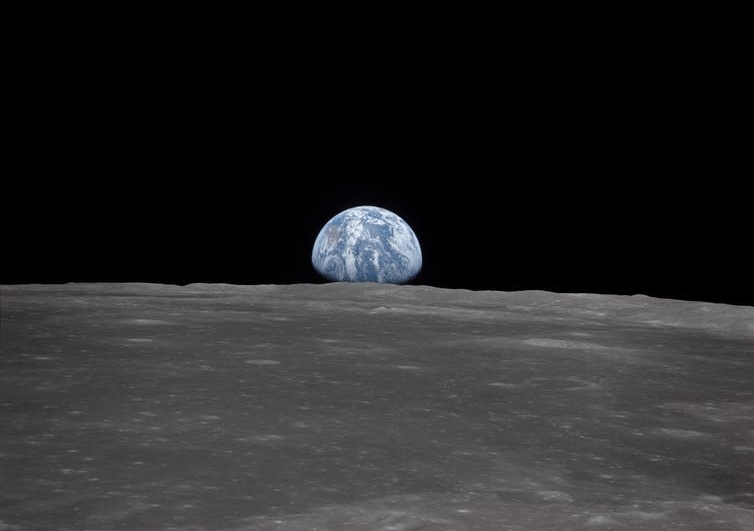 Water is more abundant on the Moon than we might have suspected, according to two papers published today in Nature Astronomy that confirm the presence of ice on and near the lunar surface.

It’s a boost for the prospect of extracting water from the Moon, which can help support humans, or be converted to rocket fuel, although the situation is far from simple.

The first paper, led by Casey Honniball of the University of Hawai'i, offers confirmation of the suspected discovery of water on the Moon. In previous studies, researchers had examined frequencies of absorbed radiation and identified the presence of chemicals called hydroxyl ions on the Moon.

Hydroxyl ions (OH-) are part of the water molecule H₂0, meaning water ice was a likely, but not definite, source of the hydroxyls detected. But as hydroxyl ions are found in many other compounds too, it was impossible to be sure.

The new research used a new technique and has shown that a significant proportion of those hydroxyls are indeed found within water ice molecules, possibly bound or suspended in the Moon’s surface rocks. More research is needed to deduce the precise details, but the presence of molecular water is big news.

The second paper, led by Paul Hayne of the University of Colorado, notes there are likely to be more “cold traps” containing water ice than previously estimated.

A “cold trap” is a place in permanent shadow, where ice can survive because it never receives direct sunlight, and where the temperature stays sufficiently low. Elsewhere, sunlight warms the ice, causing it to “sublime”: the Moon’s low atmospheric pressure means solid ice directly transforms into water vapour, which may refreeze somewhere else.

The study showed that at high latitudes, there were potentially very high numbers of these cold traps (possibly billions), some as small as 1cm across.

Read more: Blowin' in the (solar) wind: how the moon got its water

How much water is on the Moon? Current estimates, based on the previous detection of hydroxyls, range from 100 million tonnes to the more recent 2.9 billion tonnes. According to the new estimate, up to 30% of some areas of the lunar surface could be ice in cold traps.

Even using the conservative price for water offered by launch company ELA of $US3,000 per kg for delivery to low Earth orbit, the water on the Moon could be worth billions of dollars a year, because water can be split into hydrogen and oxygen and used as rocket fuel. Some of our research shows how a business case can be made at low Earth orbit.

The importance of the new findings is there is now far more certainty that the water is there, and there are more widespread opportunities to find it.

It’s a timely discovery, because there has been a lot of activity recently, including in Australia, developing projects to extract water on the Moon. In the past two weeks alone, NASA has let a contract for an ice-mining drill, and announced the launch aboard NASA’s Space launch System (SLS), designed for deep space missions, of three small satellites looking for water. Meanwhile, the European and Chinese space agencies have announced missions to explore the lunar south pole for water.

Australia is in this game because of the Australian Space Agency’s A$150 million commitment to the Moon to Mars program. Australia also this month signed the Artemis Accords, a series of bilateral agreements between the United States and other partners to develop a legal framework for space resources.

That may sound like great news but Australia is also a signatory of the Moon Agreement, the UN’s approach to peaceful uses of the Moon and other bodies. Some say this is inconsistent with the Artemis Accords. We have called for the Australian Space Agency to provide clarity on this issue, and hosted events to discuss it (including a solid 1.5-hour debate).

Yet Australia is now a signatory to both agreements, with no explanation as to how that is possible under international law. We need the Australian Space Agency to provide clarity about its interpretation of both instruments, as soon as possible. The urgency for this action is pressing — we are now much more certain there is water to extract on the Moon, and that the barriers to entry have been lowered. Australian companies are building capability in space resources and they need certainty to allow those businesses to grow.