Does a delay in COP26 climate talks hit our efforts to reduce carbon emissions?

The coronavirus pandemic caused the UN's annual climate conference to be postponed by a year, but it was also responsible for a drop in carbon emissions. Is it enough and will it last? 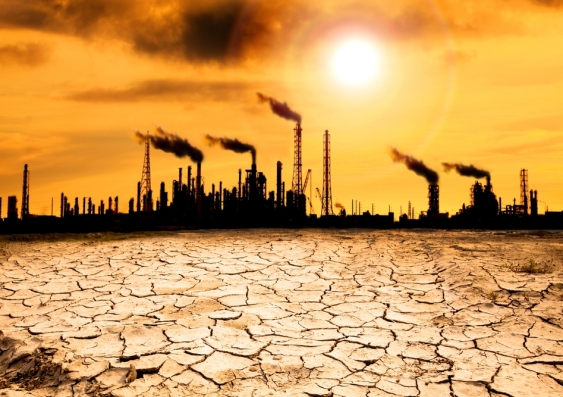 Climate Explained is a collaboration between The Conversation, Stuff and the New Zealand Science Media Centre to answer your questions about climate change.

If you have a question you’d like an expert to answer, please send it to climate.change@stuff.co.nz

Will the delay of the COP26 UN climate negotiations impact international action to decarbonise? Would catch-up talks help? Could the talks collapse because countries stopped paying their dues?

The 26th Conference of the Parties — better known as COP26 — is the United Nations climate change conference that was scheduled to be held in Glasgow, UK, during the first two weeks of November 2020.

But in April this year the COVID-19 pandemic led to the event being postponed, then later rescheduled to November 2021.

That’s a 12-month delay on a meeting of representatives from nearly 200 countries, including New Zealand, charged with monitoring and implementing the UN’s Framework Convention on Climate Change (UNFCCC).

It will be crucial to make progress towards the goals of the 2015 Paris Agreement, which aims to limit average global warming to 1.5-2℃ this century, relative to the 1890s (the so-called “preindustrial period”).

The temperature target agreed in Paris was carefully chosen. Numerous scientific studies show an increase beyond 2℃ would activate self-reinforcing feedbacks in the climate system (such as a weakening of ocean and land carbon sinks). This would tip our planet into an extreme “Hothouse Earth” that could persist for millennia, regardless of what happens with future emissions.

To avoid this scenario, the legally binding UN agreement encourages all participating nations to reduce their emissions of greenhouse gases as soon as possible.

As part of the Paris Agreement, developed countries agreed to provide, from 2020, US$100 billion to support developing countries to mitigate and adapt to climate change.

Unfortunately, the current trajectory of global emissions is on track to increase global average temperatures by more than 2°C and possibly as much as 4°C, far exceeding the target set in Paris.

One recent study put the economic costs of failing to meet the Paris goals up to an eye-watering US$600 trillion by 2100, effectively keeping the planet in permanent recession.

National representatives are expected to arrive in Glasgow next year with substantially strengthened plans to reduce emissions and meet their commitments to support developing countries.

The pandemic and emissions

There is no doubt the gathering of 30,000 delegates in Glasgow will come at a time of ongoing uncertainty about COVID-19 and the largest shock to the global economy since the Great Depression of the 1930s. The pandemic is a game changer but it’s not yet clear whether this is good or bad for reducing emissions.

Many of us have made substantial cuts to our travel and embraced remote work and online video chat, particularly at the height of the pandemic. Google and Apple data suggest more than half of the world’s population reduced their travel by more than half in April.

Unfortunately, greenhouse gas emissions have remained stubbornly high. Daily global carbon dioxide emissions fell by as much as 17% in early April. But as the world’s economy started to recover, emissions bounced back, according to the UN, with 2020 likely experiencing only a 4-7% decline in carbon dioxide relative to 2019.

To meet the Paris target and limit warming to 1.5°C, the world needs to achieve cuts of 7.6% year-on-year for the next decade, and effectively reach zero emissions by 2050.

More work to do

The sobering reality is nations have a lot more work to do to decarbonise their economies. But for many national governments, the thorny question is how to achieve more ambitious emission targets while at the same time rebuilding economies battered by COVID-19.

Although the UN has a large financial shortfall of US$711 million (at the end of 2019) due to some nations failing to pay their annual dues — with the US, Brazil and Saudi Arabia the worst offenders — there is no suggestion of cancelling the COP26 meeting next year.

Catch-up talks have indeed been mooted but so far nothing has been publicly announced. That’s not to say there aren’t intensive negotiations and commitments being made in advance of the COP26 meeting in Glasgow. And there are some positive signs.

As the world moves towards an economic recovery after the pandemic, some major economies are tilting towards a green stimulus and public commitments to reduce fossil fuel investments.

For example, China is the world’s largest emitter of carbon dioxide and took the opportunity at the UN General Assembly 75th anniversary last month to announce it will reach peak carbon emissions by 2030 and achieve carbon neutrality by 2060.

Arguably more ambitious is the proposed European Green Deal announced in late 2019. It aims to slash greenhouse gas emissions by half over the next decade and make Europe the first carbon-neutral continent.

To help achieve this, a carbon tax is proposed for imports into the European Union. This threatens to have far-reaching implications for European trading partners such as New Zealand and Australia.

In parallel to these government announcements, industry is also making commitments to decarbonise. The multi-trillion-dollar financial sector is adding pressure by focusing on companies at risk from climate change and identifying so-called “stranded assets”.

These pronouncements will help boost the negotiations for more stringent cuts to emissions as delegates prepare for the COP26 meeting in Glasgow next year. This can only put more pressure on all nations to be more ambitious.

Attention will inevitably focus on the world’s largest historic emitter, the US, which is formally leaving the Paris Agreement on November 4 this year, the day after the 2020 presidential election.

So the COP26 won’t collapse, but the year’s delay to the meeting may give the world the breathing space it so desperately needs to realise the ambition of the Paris Agreement and avoid the worst of climate change.