Bacteria from the mouth could hold clues to understanding – and potentially treating – severe ulcerative colitis, a painful bowel disease. 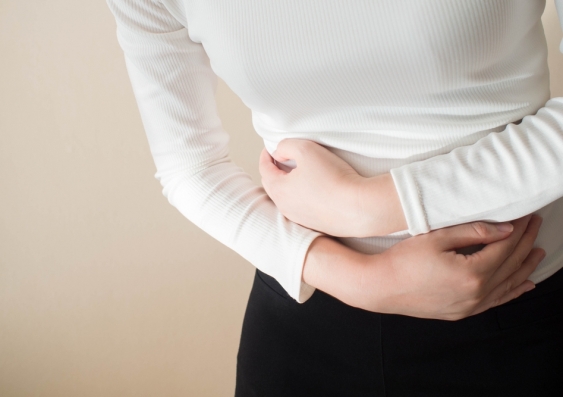 Severe ulcerative colitis – a form of inflammatory bowel disease (IBD) – has been linked to a newly-discovered strain of oral bacteria, a study led by UNSW Sydney has found.

Scientists have discovered a molecule called ‘pSma1’ in bacterial cell samples from people with severe ulcerative colitis. The molecule was found in some strains of the bacterium Campylobacter concisus (C. concisus), which usually lives in the mouth.

The findings, published overnight in Microbial Genomics, add to a growing body of evidence linking oral bacteria to IBD.

While the scientists examined bacterial genomes of a relatively small sample size of patients – and their analysis doesn’t show if the bacterium plays a role in causing severe ulcerative colitis – their findings offer interesting avenues for future research into the prevention and treatment of the disease.

“Oral bacteria enter the digestive system every day when we swallow food or saliva,” says Dr Li Zhang, senior author of the study and senior lecturer in UNSW Science’s School of Biotechnology and Biomolecular Sciences.

“Most of the bacteria are killed by acids in the stomach, but some can survive and colonise in the intestines. The bacteria might not have colonised for long, but the mouth keeps bringing a constant supply of new bacteria – that’s the problem.”

IBD affects more than 75,000 Australians and is expected to grow to 100,000 by 2022, according to a 2013 study. IBD is an umbrella term that usually refers to Crohn’s disease and ulcerative colitis, a chronic disease that causes inflammation and ulcers on the inner lining of the large intestine. The cause of ulcerative colitis is not yet known.

In severe cases of ulcerative colitis, inflammation can spread further through the large intestine. Patients may experience extreme pain, bleeding and diarrhea. Those who don’t respond well to medicine may need to have their entire large intestine surgically removed.

Dr Zhang says it’s not clear why some patients don’t respond well to therapy – but the pSma1 bacterial stream could hold some clues. 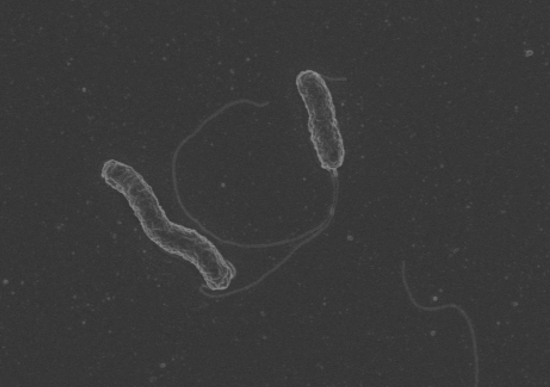 Dr Zhang has been studying the links between the C. concisus bacterium (pictured) and gut health for over a decade. Her team captured this photo of the bacterium via an electron microscope. Photo: UNSW Sydney / Dr Li Zhang.

The molecule pSma1 is a plasmid: a small, circular DNA molecule that usually lives inside bacterial cells. Plasmids can carry genes that increase the virulence – that is, severity or harmfulness – of a bacterium.

“A plasmid is outside the bacteria’s chromosomal DNA,” says Dr Fang Liu, lead author of the study and postdoctoral research associate in UNSW Science.

“It’s considered a mobile genetic element, which means it can be transferred between different strains of the bacterium or even different species. If the plasmid carries any virulence genes, the bacteria could gain that virulence.”

Dr Zhang, who has been studying the links between the C. concisus bacterium and gut health for over a decade, is surprised by the characteristics of the novel plasmid.

“pSma1 is a very small plasmid,” she says. “It only has two genes, but it also has a high copy of 60, which means that one bacterial cell will contain 60 copies of this small plasmid.”

If the plasmid carries virulent genes, the relatively high copy rate could exacerbate the virulent strength of the bacteria.

“The proteins encoded by this plasmid might be a virulence factor,” says Dr Liu.

The bacterial strain could help explain why some severe ulcerative colitis patients don’t respond well to medicinal treatments. The strain could also serve as a potential marker for how the disease is likely to progress. 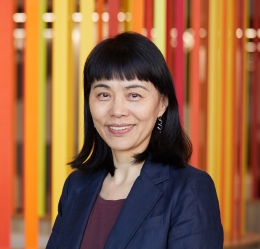 Dr Zhang hopes to explore these questions in her future research, which will use a larger genomic sample size. If the plasmid is found to be involved in the pathogenesis – that is, the origin – of severe ulcerative colitis, the bacterium could also be a potential target for future therapies.

“We may have found an area for future drug development for the prevention of severe ulcerative colitis,” says Dr Zhang.

“If we find out the plasmid plays a role in the pathogenesis, it could be quite easy to translate this finding into clinical use.

“Treatments targeting the oral cavity could help reduce the load of the bacteria. We may not be able to eradicate this bacterium, but we could certainly reduce the load.”