Many Asian nations are shunning fossil fuels, presenting a huge opportunity for Australia's renewables sector. And one massive project has stepped up to the plate.

Australia doesn’t yet export renewable energy. But the writing is on the wall: demand for Australia’s fossil fuel exports is likely to dwindle soon, and we must replace it at massive scale.

The proposed Asian Renewable Energy Hub (AREH) will be a huge step forward. It would eventually comprise 26,000 megawatts (MW) of wind and solar energy, generated in Western Australia’s Pilbara region. Once complete, it would be Australia’s biggest renewable energy development, and potentially the largest of its type in the world.

Late last week, the federal government granted AREH “major project” status, meaning it will be fast-tracked through the approvals process. And in another significant step, the WA government this month gave environmental approval for the project’s first stage.

The mega-venture still faces sizeable challenges. But it promises to be a game-changer for Australia’s lucrative energy export business and will reshape the local renewables sector. 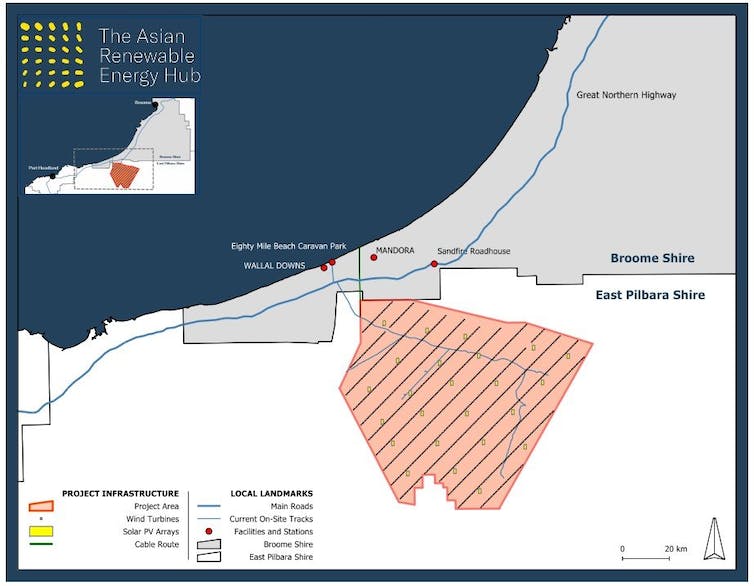 Writing on the wall

Australia’s coal and gas exports have been growing for decades, and in 2019-20 reached almost A$110 billion. Much of this energy has fuelled Asia’s rapid growth. However, in recent weeks, two of Australia’s largest Asian energy markets announced big moves away from fossil fuels.

China adopted a target of net-zero greenhouse emissions by 2060. Japan will retire its fleet of old coal-fired generation by 2030, and will introduce legally binding targets to reach net-zero emissions by 2050.

There are signs other Asian nations are also moving. Singapore has weak climate targets, but on Monday inked a deal with Australia to cooperate on low-emissions technologies. 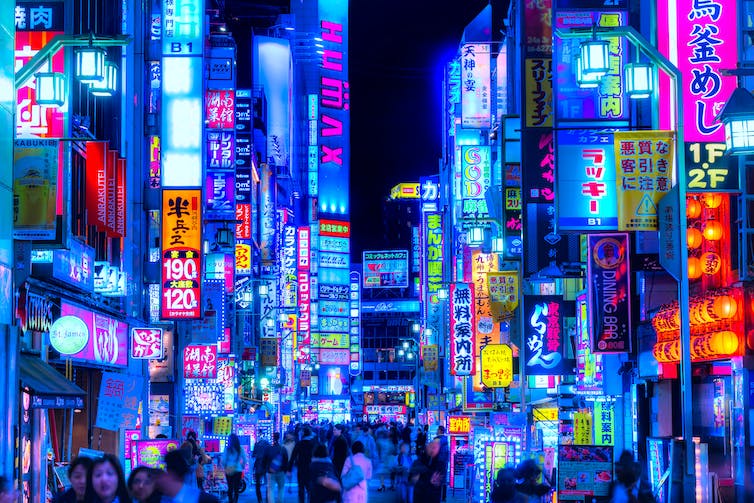 Japan wants to decarbonise its economy by using hydrogen. Shutterstock

The Asian Renewable Energy Hub (AREH) would be built across 6,500 square kilometres in the East Pilbara. The first stage involves a 10,000MW wind farm plus 5,000MW of solar generation – which the federal government says would make it the world’s largest wind and solar electricity plant.

The first stage would be capable of generating 100 terawatt-hours of renewable electricity each year. That equates to about 40% of Australia’s total electricity generation in 2019. AREH recently expanded its longer term plans to 26,000MW.

The project is backed by a consortium of global renewables developers. Most energy from AREH will be used to produce green hydrogen and ammonia to be used both domestically, and for shipping to export markets. Some energy from AREH will also be exported as electricity, carried by an undersea electrical cable.

Another Australian project is also seeking to export renewable power to Asia. The 10-gigawatt Sun Cable project, backed by tech entrepreneur Mike Cannon-Brookes, involves a solar farm across 15,000 hectares near Tennant Creek, in the Northern Territory. Power generated will supply Darwin and be exported to Singapore via a 3,800km electrical cable along the sea floor.

The export markets for both AREH and Sun Cable are there. For example, both South Korea and Japan have indicated strong interest in Australia’s green hydrogen to decarbonise their economies and secure energy supplies.

But we should not underestimate the obstacles standing in the way of the projects. Both will require massive investment. Sun Cable, for example, will cost an estimated A$20 billion to build. The Asian Renewable Energy Hub will reportedly require as much as A$50 billion.

The projects are also at the cutting edge of technology, in terms of the assembly of the solar array, the wind turbines and batteries. Transport of hydrogen by ship is still at the pilot stage, and commercially unproven. And the projects must navigate complex approvals and regulatory processes, in both Australia and Asia.

But the projects have good strategic leadership, and a clear mission to put Australian green energy exports on the map. 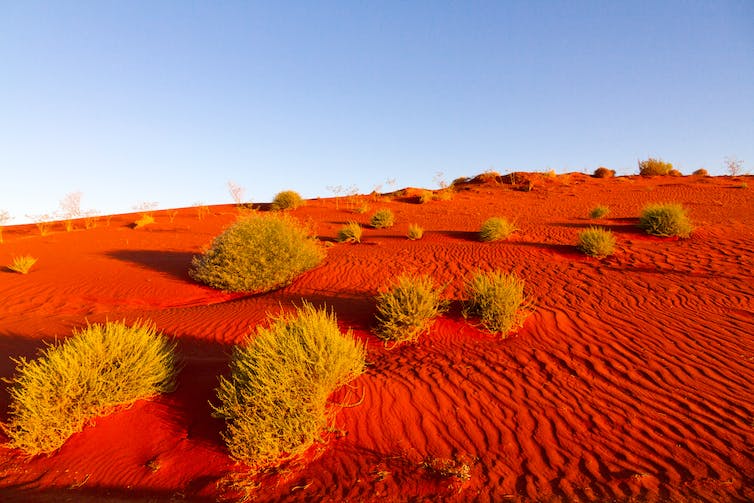 Together, the AREH and Sun Cable projects do not yet make a trend. But they clearly indicate a shift in mindset on the part of investors.

The projects promise enormous clean development opportunities for Australia’s north, and will create thousands of jobs in Australia – especially in high-tech manufacturing. As we look to rebuild the economy after the COVID-19 pandemic, such stimulus will be key. All up, AREH is expected to support more than 20,000 jobs during a decade of construction, and 3,000 jobs when fully operating.

To make smart policies and investments, the federal government must have a clear view of the future global economy. Patterns of energy consumption in Asia are shifting away from fossil fuels, and Australia’s exports must move with them.