You can't sit with us: the rise of privately-owned public spaces

The emergence of these pseudo-public spaces raises fundamental questions about the value of a public domain that is by the public, for the public. 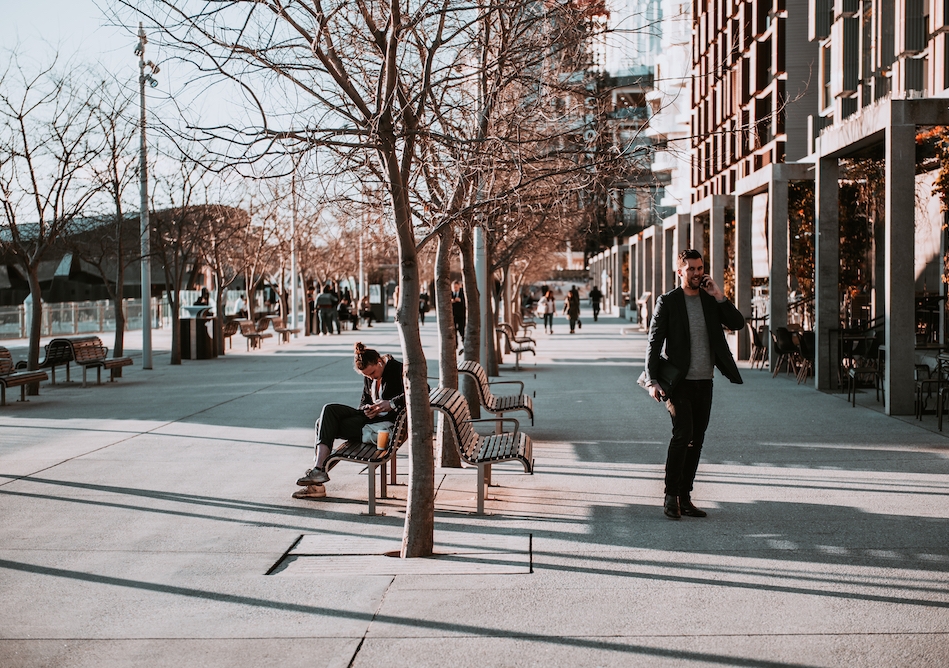 It would stand to reason that the public owns public space. But unbeknown to the public, there’s a new breed of space masquerading as public that’s quietly spreading in plain sight.

Privately-owned public spaces, or ‘PoPs’, are on the rise and have silently infiltrated cities worldwide. In fact, you might use one day-to-day without even knowing – and there could be more to come.

On the surface, these pseudo-public spaces can look like any other accessible space like a park, open square or throughway. But in fact, they don’t fall under the jurisdiction of the local government. They’re owned and operated by private developers or private companies.

“There’s this whole other set of rules that apply to PoPs, which is completely antithetic to the definition of public space. They’re not really public spaces at all – they should be called privately-owned, publicly-accessible spaces.”

Despite what you might think, private ownership and management of spaces in the public realm is nothing new, and it’s quite common in other parts around the world.

“The developer [has] an incentive to provide public space on their private development, which then remains under their ownership and management, and the local authority doesn’t have to worry about looking after it,” Dr Harris says.

Similar models in Australia encourage developers to build or improve public space on behalf of the city. For residential developments, developer contribution plans can require public domain works as a condition of approval. But the management of the space can cause friction for neighbourhoods.

“If [an] owners corporation is left with the cost to maintain the space, it can cause resentment and threaten the ongoing viability of the space,” Dr Harris says. “Arguably, the greatest good comes if this land is handed over to the council on completion to become part of the public space network [like] true public space.”

However, more spaces in newer urban developments in Australia are beginning to operate under a conventional PoPs model – where private developers control the ‘public’ land. Mounting financial pressures on local authorities to outsource the management of public space have also coincided with the rise.

“In Barangaroo, the land is leased for 99-years to consortiums who develop the buildings and deliver the public domain. But the public domain is monitored by a private security firm, unlike other public spaces,” Dr Harris says.

“One could argue this model is more like a Westfield in that anyone can walk in, so it’s public in a sense. But you have to behave according to certain rules that can be quite limiting, which don’t exist in normal streets and public spaces.”

One of the confusing aspects is that despite presenting as such, there aren’t any demarcations to suggest these spaces aren’t public and subject to the rules of a private company.

Many restrictions are arguably excessive, while at the same time, also unknown by the public, he says.

“You can get kicked out for simply taking photos, for example, which obviously can’t happen in real public spaces.

“I think there’s clearly an issue there where [space] is presenting as a park – anyone can just be standing there – you don’t necessarily have to be doing anything wrong to your knowledge, and you can be removed.”

PoPs might be an easy path to go down, but it isn’t easy to turn back. Dr Harris says we need to be vigilant of embracing PoPs and handing over the responsibility of public space to private developers.

“If new public space is going to be dependent on this private investment, it’s not something that would work to increase trust in the government; there are risk, transparency and accountability issues,” he says.

He says we need to shift away from viewing public space through the lens of real estate and focus more on the value of having a thriving urban commons.

“There is an established belief in the civic need for a city to have space where you can do anything, and anyone can go,” he says.

“The pressure we see today where everything has to generate money, or it doesn’t have value, is not true. Public space is not a commodity; it has an intrinsic value to society.”

He says open space should be viewed as essential infrastructure. The ability of the city to be resilient and deal with emerging issues is dependent on it.

“Public space is vital for social cohesion and public health, even technical things such as urban heat and stormwater management and biodiversity,” he says.

“We need a network of public space to do those things, so if a lot of that ends up privately owned, it inhibits our ability to manage the city. We lose sight of why we have public space, to begin with.”