UNSW’s Dr Mark Rolfe says satire was historically a way to express emotions such as anger, contempt and fear in safe and cathartic ways.

You only have to look at the popularity of Alec Baldwin’s impersonation of Donald Trump or Jim Carrey’s version of Joe Biden to understand the power of satire in US politics.

But how much power does satire actually have in swaying voters?

UNSW’s Mark Rolfe says a lot of political satire is preaching to the already converted by reinforcing opinions and political identity.

“But if you're a Trump-er, you won't see the joke, and it'll be awful. And Trump has complained about Baldwin's impressions of him.”

In the first SNL show – a US sketch comedy and variety program – since the pandemic, nearly eight million Americans tuned in to watch US actors Alec Baldwin and Jim Carrey’s impersonations of Trump and Biden.

It was the show’s highest ratings since 2016. 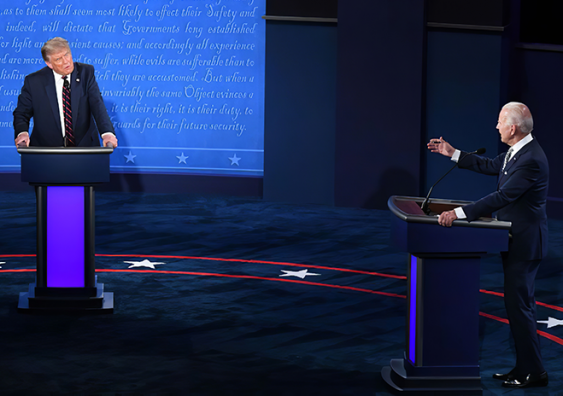 Donald Trump and Joe Biden face-off in the first US presidential debate for 2020. The debate was later mocked in a satirical comedy sketch on Saturday Night Live, drawing its biggest audience since 2016. US actor Alec Baldwin impersonated Trump while comedian Jim Carrey made his debut as Democrat nominee Joe Biden. Photo: Shutterstock

Dr Rolfe, who is writing a chapter on satire and Trump in a book he is co-editing, says Trump is “a very American experience” with the way he is often portrayed.

He explains Godwin’s Law – a very “facetious concept created in 1990 by a bloke called Mike Godwin”.

“It states that the longer an argument on the internet lasts, the higher the probability that somebody will eventually be called Hitler,” he says.

Dr Rolfe says many people are baffled by the lack of historical knowledge among a lot of American comedians.  “Their invocations of history are completely absurd. So I'm always wondering about what a lot of people know about history. And it seems like nothing is known,” he says.

"Since WWII, Hitler has been portrayed as an ethical touchstone of an absolute standard of evil." — Dr Mark Rolfe

He says comparisons to Hitler don’t work because they inflate rather than diminish, deride and ridicule which are more successful rhetorical devices in satire. 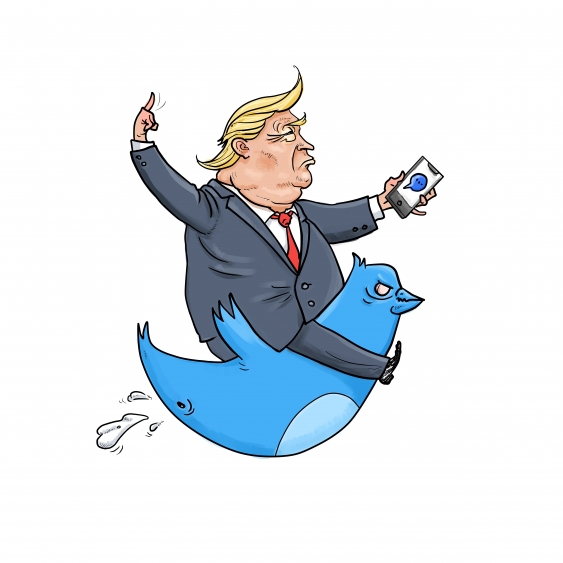 Trump has often been mocked for his use of Twitter. Photo: Shutterstock

He says satirists such as Stephen Colbert are much more effective when saying Trump is not like President Lincoln or George Washington.

“Trump is ultimately not presidential in the line of greats that they've seen,” Dr Rolfe says. “So that's where they get high reinforcing opinions rather than converting people to the cause.

“And context is just as important to persuading an audience,” Dr Rolfe says. “And (satirists use rhetoric) to persuade by reinforcing certain ideas within the audience.” 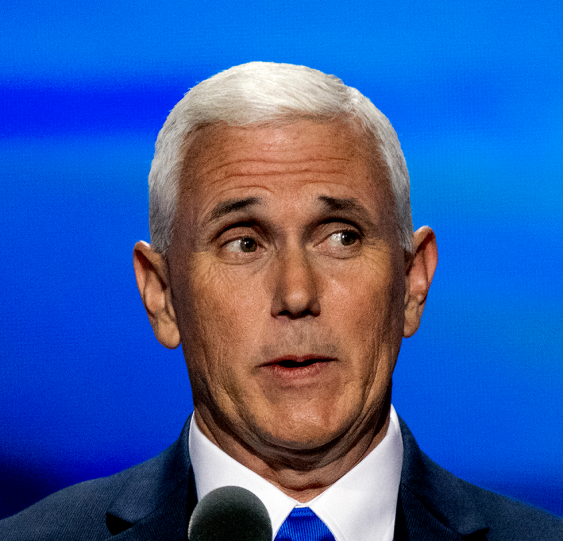 Fly guy: during the 2020 Vice Presidential debate, Mike Pence (pictured) had a fly (not pictured) land on his snowy white hair for about two minutes. The fly upstaged the Republican VP by later going viral with its own memes on Twitter. It also inspired US actor Jim Carrey to impersonate the fly for a satirical political sketch comedy on SNL. Photo: Shutterstock

The US election will be held on November 3 (November 4 in Australia) but vote counting could take days or weeks before the winner is announced.

The next US president will be inaugurated on January 20.

Dr Rolfe says although the history of satire goes back thousands of years, we only recognise modern forms from 1720s Britain and the two-party political system.

Britain in the 18th century was not a democracy, he says, it was run by elites.  “But there was also a very freewheeling political public sphere of discussion, and satire was central to it,” he says.

“And there was a corrupt elite institution with open debate going on. So that's the place satire has occupied.” 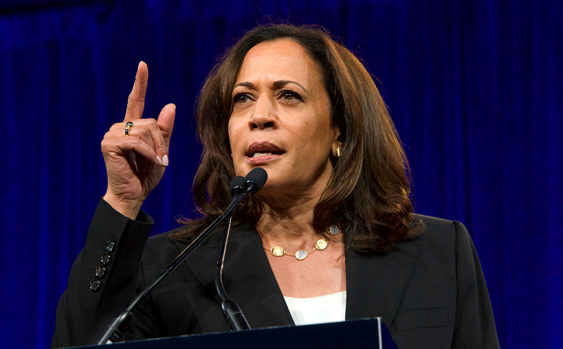 Joe Biden's Vice President Kamala Harris displayed expressions so comical — particularly in her attempts to evade whether or not the Democrats will 'stack the Supreme Court' with liberals — during the VP Presidential debate that they later spawned a comical sketch. Photo: Shutterstock

He says satire has enabled people to express emotions such as anger, disgust, contempt and fear in really safe and cathartic ways.

In 18th century Britain, he says, they talked about corruption in terms of political decline; from a democracy into a mob rule, or from a tyranny – which had good connotations at first – into a dictatorship.

“So the decline of political regimes was in the back of the minds of many educated people of the 18th century in Britain,” Dr Rolfe says.  And so was the theft of public money by “fiddling with the books”, he says.

Dr Rolfe says many countries have clung onto the idea that proper debate can only be rational and unemotional.  “But I think satire through the centuries has pointed us to the fact that it is a good way to express public emotions, and not let them resort to, or lead to, violence.” 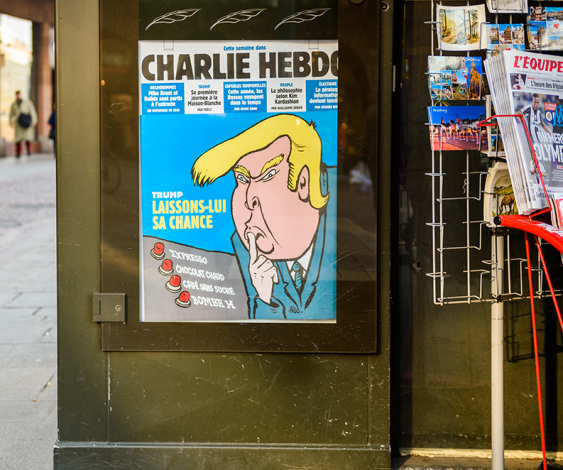