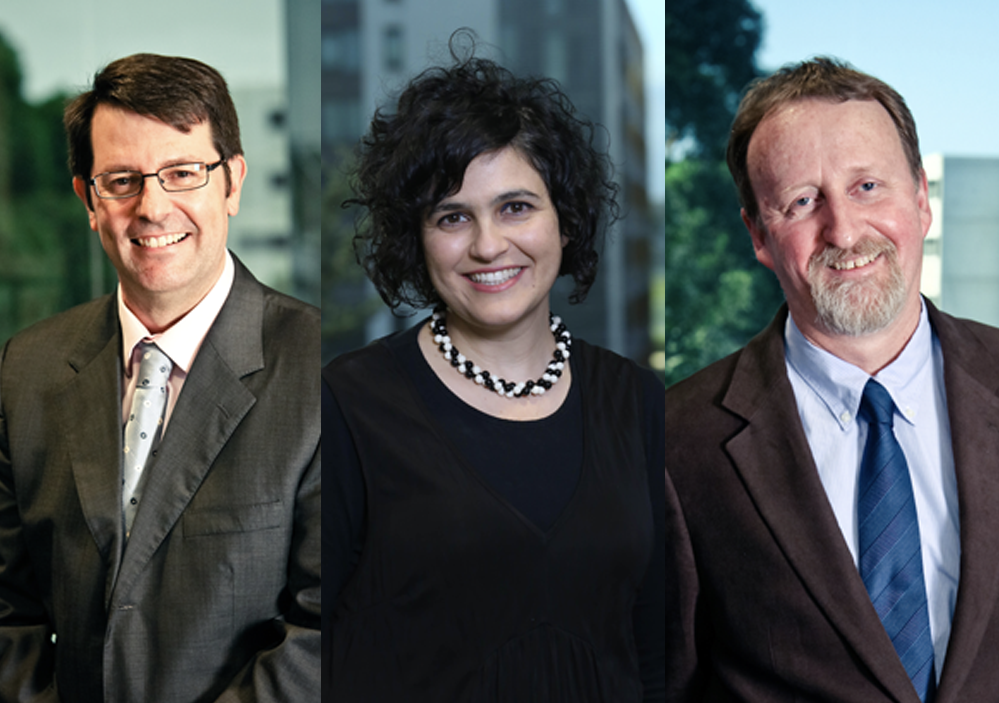 UNSW Law’s Professor Michael Legg, Dr Michael Grewcock and Dr Vicki Sentas have received awards at the inaugural Australian Legal Research Awards (ALRA). Established in 2019 by the Council of Australian Law Deans (CALD), which includes all the deans of law schools in Australia, the ALRA is the first national award scheme of its kind in Australia for legal academics.

“I am very proud of UNSW Law’s significant presence in these prestigious and highly competitive awards in their inaugural year. Our researchers’ success reflects their high calibre as well as the Faculty’s commitment to research excellence,” he said.

Professor Michael Legg received the Article Award (General) for ‘Finality and Fairness in Australian Class Action Settlements’. Professor Legg specialises in complex litigation, including regulatory litigation and class actions and in innovation in the legal profession. He has 20 years’ experience as a legal practitioner working with leading Australian and US law firms. Professor Legg is admitted to practice in the Supreme Court of NSW, Federal Court of Australia, High Court of Australia and in the state and federal courts of New York. He holds law degrees from UNSW and the University of California, Berkeley.

Dr Michael Grewcock and Dr Vicki Sentas received the award for non-traditional research output for Rethinking Strip Searches by NSW Police. Their report looks at the operation of strip search laws across the country, exploring concerns around safeguards and transparency, and highlighting opportunities for law reform. It found an almost twentyfold increase in strip searches in less than 12 years.

Commissioned by the Redfern Legal Centre in Sydney, the report recommends the law should be clearer about when and how police should conduct a strip search and that strip searches of children in the field should be prohibited unless permission is obtained through a court order.

The ALRA are offered in five categories, recognising the different forms of research excellence and the distinct stages of an academic career. The categories are:

Other UNSW Law researchers shortlisted for the awards are:

Read more about the Rethinking Strip Searches by NSW Police report on the UNSW Newsroom.