A group of UNSW Sydney researchers has released a groundbreaking report expected to improve the lives of people with bloodborne viruses.

Being diagnosed with HIV, hepatitis B or hepatitis C can still be a frightening experience, says UNSW’s Christy Newman.

“So it is crucial that social stigma is reduced and family support is made available,” says the Associate Dean of UNSW Arts & Social Sciences.

Associate Professor Newman is the lead researcher of a new report titled ‘My health, our family: documenting stories of family life in the context of HIV, hepatitis B or hepatitis C’, a first look at how families experience and respond to bloodborne viruses.

The report is a collaboration between researchers from UNSW Sydney’s Centre for Social Research and Health, UNSW Sydney’s Social Policy Research Centre and the Burnet Institute in Melbourne. 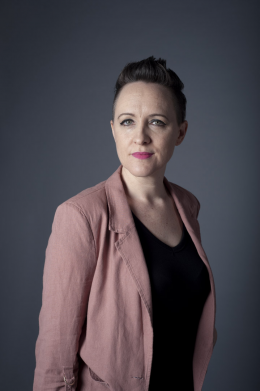 The researchers interviewed 61 people and their families about their lived experiences with HIV, hepatitis B and hepatitis C.  A further 20 social policy, health, advocacy and care professionals working within these communities were also consulted as part of the interview study.

After analysing the responses, the researchers’ overall recommendation is that the role of families needs to be better recognised and supported.

A/Prof. Newman says this will ensure that those who are diagnosed with a bloodborne virus benefit from meaningful support when they need it.

She says more open discussions are needed during counselling or clinical consultations about the level of support, openness or distance that individuals experience with their families.

“It’s also about being sensitive to the idea that families don’t mean the same thing to all people,” says A/Prof Newman.

Good friends, neighbours, work colleagues, ex-partners, caseworkers and clinicians were also among those described as family by people who participated in the survey.

A/Prof. Newman says there needs to be a focus in social marketing and clinical education campaigns on the stories of families with mixed viral status.

“Doing this will not only support people who are making decisions for their own health,” she says. “It will also ensure families are part of the community response to bloodborne viruses so the stigmas associated with these infections can be reduced.”

People with HIV can live full lives just like everybody else, says A/Prof. Newman.

Antiretroviral Therapy (ART) treatments have the ability to reduce a person’s viral load to zero, meaning it can then no longer be transmissible. And Direct Acting Antivirals (DAAs) can now clear the hepatitis C virus, she says.

But despite these advances in modern treatments, HIV, hepatitis B and hepatitis C remain three of the most socially stigmatised health issues globally, A/Prof. Newman says.

Shock, blame and rejection were some of the responses from family members when participants revealed they had a bloodborne virus.

There were, though, also stories about families rallying around immediately and providing assistance — emotional, practical and financial, says A/Prof. Newman.

But when expected support from family members was not forthcoming, according to the report, it was seen as hurtful and unforgivable.

After Linda* told her family she was diagnosed with HIV and hepatitis C, she said their responses were “cold and uncaring”.

“I didn’t feel that I had any support from the family,” she told UNSW researchers.

“And I’ll never forgive them ’til the day I die. To me, if I’d had a kid… and they were in a state, I would have walked across the desert, got them and said, ‘...Come home. We’ll take you to the appointments. What does all this mean? We’ll find out together’.”

In contrast, when Jessica’s* sister was diagnosed with HIV, the family could not do enough to educate themselves about the disease and what the likelihood of transmission would be.

“It doesn’t faze any of us. We treat [her] the same way that we treat everybody. It’s no different,” she said.

But for Layla, her adoptive family’s insistence that her hepatitis B status should remain a closely guarded secret has reinforced a stigma she has carried since she was a small child.

“It took me years to tell my boyfriend,” she told the report’s researchers. “I know it sounds terrible, but I just can’t (because of) the stigma. It’s really bad.”

A/Prof. Newman says there needs to be a very person-centred, rather than a “one size fits all”, approach to including families in the response to blood borne viruses.

“We saw real diversity in the stories that we were told,” she says.

A/Prof. Newman says even in understandings of the risk of transmission, there were distressing stories shared about inappropriate, outmoded and very fear-based understandings of risk within some families “even when people were told very clearly that living with the person is not putting the other people in their family at risk through things like sharing meals, or being in a home together”.

But for most participants in the study, she says, the risk of social stigma causing harm and stress to those affected was of far greater concern than any health or transmission risk posed by the virus itself.

A/Prof. Newman, Dr Asha Perrson, Dr Kerryn Drysdale and Anthony K J Smith from UNSW’s Centre for Social Research and Health will present a discussion about how we can strengthen the role of families in the response to blood borne viruses on December 2 at 3pm.