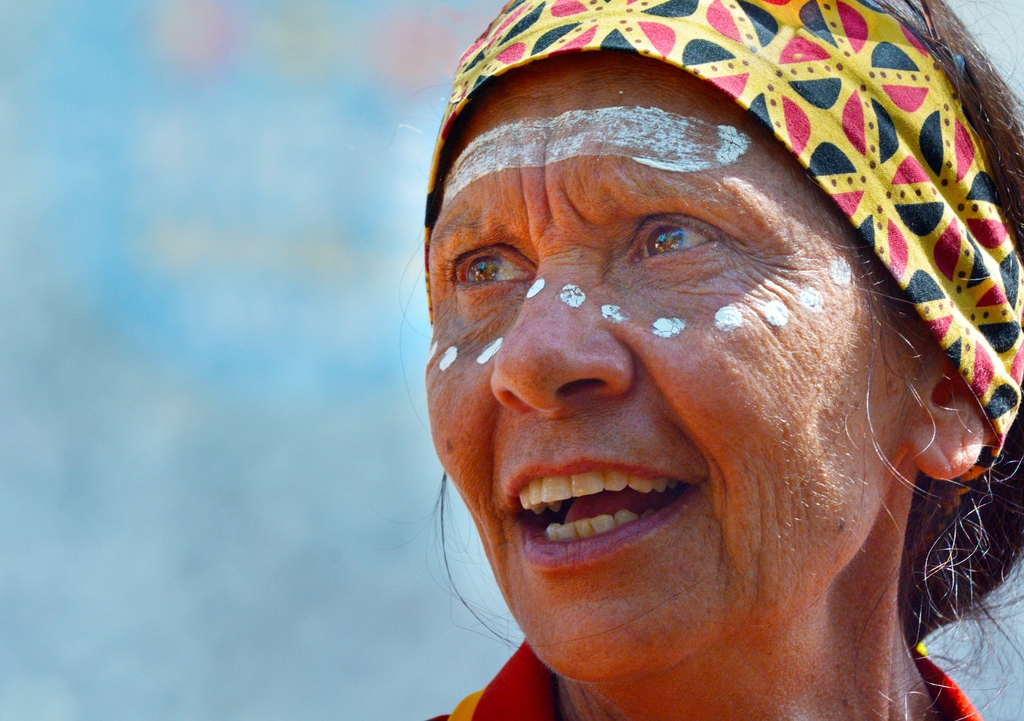 Back in 2013, the Black Lives Matter movement began as a hashtag on social media, after George Zimmerman was acquitted in the shooting death of 17-year-old Trayvon Martin, an unarmed African American teenager.

The movement then gathered steam after two high-profile deaths in 2014 of unarmed African American men Eric Garner in Staten Island and Michael Brown in Ferguson.

Last year, after George Floyd died as a result of a police officer kneeling on his neck for nearly nine minutes, the world watched the Black Lives Matter movement reach new heights. An estimated 15 million subsequently joined protest marches in widespread, anti-racist demonstrations across the US.

This drew attention to Indigenous deaths in custody such as David Dungay Jr, a Dunghutti man from Kempsey who died in Sydney’s Long Bay jail in 2015. The Guardian reported guards rushed his cell to stop him eating biscuits, dragged him to another cell, then held him face down while he was injected with a sedative. Similar to Floyd, he said he could not breathe numerous times before he died.

In early December The Centre for Crime, Law and Justice (CCLJ) at UNSW Sydney hosted a webinar on Aboriginal Lives Matter, where speakers Teela Reid, Alison Whittaker and Peta MacGillivray discussed the Black Lives Matter movement and ongoing struggles to address the over-criminalisation and over-incarceration of Aboriginal and Torres Strait Islander people.

Teela Reid, an activist, lawyer, and proud Wiradjuri and Wailwan woman from Gilgandra in Western NSW, said that while the global Black Lives Matter movement has shone an important light on similar issues in Australia, the Royal Commission into Aboriginal Deaths in Custody was convened around 30 years ago – and we are still talking about this issue in 2020.

“On the one hand, the positive side with the Black Lives Matter movement is we know with civil rights movements, history tells us that often it is African Americans who pull their weight when it comes to shining a light on people of colour. And we saw that in the 60s and 70s, with the civil rights movement, the Black Panthers that led really important reforms here on this continent,” she said.

It is frustrating, as a First Nations person, to try and understand why it takes a global movement to address these issues, said Ms Reid.

“I think we really need to get real about the question, because the question isn't just that Aboriginal people continue to die in custody here,” she said.

“The question is a moral one that the nation needs to grapple with is: what is the rightful place of its first nations? Where do we fit in the national narrative?”

Is "defund the police" appropriate in an Australian context?

Peta MacGillivray, a Kalkutungu and South Sea Islander lawyer and researcher, currently serves as the Yuwaya Ngarra-li Project Manager based at UNSW Sydney. In her area of work, Ms MacGillivray said the police have been allowed to lead a lot of community safety, innovations and efforts, while the government view is that police are the best people to be doing this work.

“That's just not the case. We know that so much of what amounts to better outcomes in community safety comes from community solutions and community-led approaches to dealing with these challenges,” said Ms MacGillivray.

She is also concerned about the language of “defund the police” as this can lead to a monetary discussion about investment and equating reducing communities down to an economic value.

Alison Whittaker, a Gomeroi poet and legal researcher from the floodplains of Gunnedah in NSW, said the “defund the police” movement makes sense in the context of the United States where police forces are much more locally controlled and have much more discreet budgets.

She says addressing the issue in Australia requires thinking like that of Ruth Wilson Gilmore, a prison abolitionist and prison scholar, who calls it a transformation.

“Abolition doesn't just mean defunding, although that's a critical step and making sure these institutions can't do the harm that they do and ensure also that they're kind of on the way out as we build communities,” said Ms Whittaker.

Not only are communities ready, but they are also capable, said Ms Whittaker: they have plans, but they're not getting resourced because of the focus on policing, law and order which can undermine community attempts to get ahead.

“’Defund the police’ is a fantastic slogan, it works,” said Ms Whittaker.

"But here it requires something more substantial and not just of parts of policing law and police powers, but the actual policing logic of the law in Australia.”

The Australian Law Reform Commission’s Pathway to Justice Report supports a justice reinvestment approach in Australia and says this is a crucial element of addressing high levels of imprisonment of Aboriginal and Torres Strait Islander peoples.

Ms MacGillivray has concerns about this report and justice reinvestment as she says it gave too much primacy to neoliberal ideas - which acquainted communities only valuable and worthy of effort if it came to their cost saving.

While prisons are being expanded and the NSW police force is growing and supported through multimillion-dollar training facilities, Ms MacGillivray said the attention should be on how policy is being developed, led by states and jurisdictions.

Current approaches focus on the justice system – as if solutions can be found in the systems which created the problems, said Ms MacGillivray.

When talking about policing and incarceration, Ms Reid said it can’t just be a number-crunching exercise.

It is a "really complex bureaucracy" for First Nations peoples to navigate and push back on when it comes to policing their communities, she said.

One of Ms Reid’s aims is to improve accountability for poor political decisions that are not made in the interests of First Nations.

“We are currently in a so-called democracy that functions and flourishes on incarcerating us when we have absolutely no say, as First Nations people, in the systems and the laws about us.”

“We need to be talking about changing society, about reimagining what kind of country we want to live in. And that has to start with power, actual power in the hands of First Nations.”