New research shows people are often influenced by their beliefs and predictions about the likelihood of others' actions, and less so by the anticipation of regret. 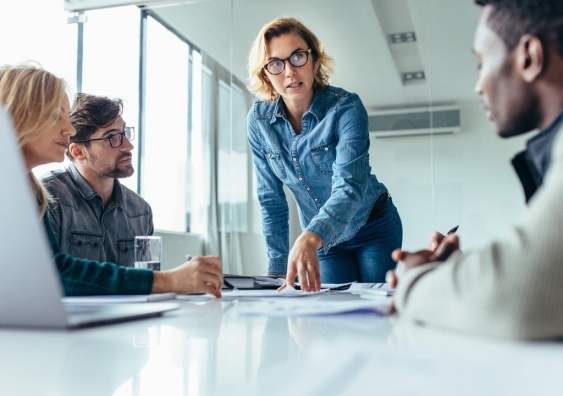 Past research shows anticipated regret – the fear of experiencing shame or guilt in the future, typically about decisions being considered now – plays a role in decision-making. Such an intense and unpleasant feeling may affect a person's decisions wisely, but sometimes less so.

A growing body of evidence shows anticipated regret motivates actions. Regret management theory finds people should indeed act to reduce the regret they feel or may experience rather than blame themselves.

However, new research suggests there may be another crucial factor that affects strategic decisions.

In a recent paper Do People Minimise Regret in Strategic Situations? A Level-k Comparison, UNSW Business School's Bernardo García-Pola, Postdoctoral Fellow at the AGORA Centre for Market Design, examines a particular problem regarding regret in situations where uncertainty stems from the decisions of others.

It is essential to understand that avoiding regret is different from preventing risk, says García-Pola.

"For example, if you wanted to avoid risk, you would not buy a lottery ticket, because that way you would have a sure amount of money in your pocket.

"However, somebody who is minimising future regret would buy the lottery ticket because he/she wants to avoid the awful situation in which he/she does not buy and the ticket turns out to be the winner," he says.

Strategic decisions come with certain risks because they could take a company into a new direction that could fail. Failure to make the right strategic decision may result in feelings of regret, leading to negative emotional burnout.

Regret can even result from decisions made in incredibly uncertain environments, such as the economic after effects of the COVID-19 crisis.

"In the end, if we observe how things came out and realise that we could be better off having done something different, we can experience this negative sentiment about our original decision.

"The higher the difference between the real outcome and the alternative better outcome that didn't happen, the higher the regret," says García-Pola.

Predicting others' actions is a key factor in decision-making

In game theory – a field of study that helps us understand decision making in strategic situations – strategic decision-making is where outcomes are determined not only by the individual taking action but by other individuals' decisions.

While it is a field of mathematics, its implications extend to several other areas like biology and economics. This is because most economic situations and problems are strategic: they involve markets, government policies, the prices of competitors etc.

"Studies until now have shown how it was likely that people were anticipating regret in strategic situations.

"That means they knew about the possibility of experiencing regret after a choice, and in consequence, they take options that minimise the amount of regret they could suffer," explains García-Pola.

However, his latest research finds those models of anticipated regret that looked successful into predicting people's behaviour were coinciding in their predictions with another successful model of behaviour not based on regret, a theory called Level-k, which assumes players in strategic games base their decisions on their predictions about the likely actions of other players.

So it could also be that previous research was mistakenly attributing the decisions observed to the anticipation of regret when it was not the case, says García-Pola.

What does this mean for decision-making in uncertain times?

There is little question that CEOs and managers have to be strategic in their decision-making in the current economic environment.

"I think the current circumstances have enough high stakes and uncertainty that these questions are highly into play," says García-Pola.

For more managers, in particular, taking into account regret might be more critical for them because typically their decision and potential outcomes that did not occur are observable to everybody.

"Being cautious, it would be a good exercise for them to analyse what would be the consequences of their decisions in all the different possible scenarios that these circumstances can lead us to.

"The ones that make little differences between what happened and what could have happened if chosen differently, maybe are not the best – even if they are relatively safe," he says.

He suggests managers think about the worst-case scenarios that could happen with a particular strategy and consider diversifying.

"Diversifying, in general, is a strategy that can account for both points and can avoid high regrets in general," he says.

"These times are difficult but also full of opportunities that should at least be considered."