Muhammad Naveed is a principal software engineer with ON Semiconductor and a final year PhD student in CSE. 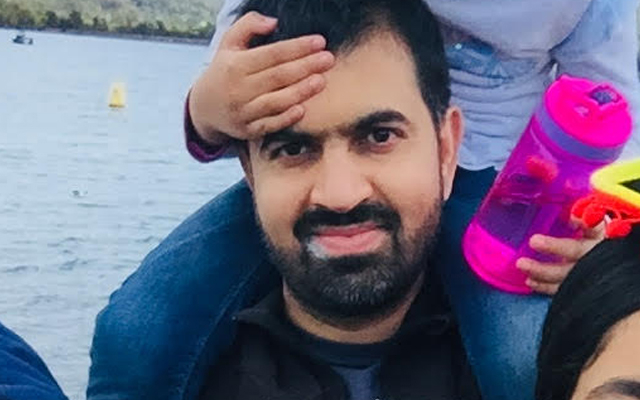 Muhammad Naveed is a principal software engineer with ON Semiconductor and a final year PhD student under the supervision of Dr Hui Wu. As a part-time PhD student and a father of three children, he has overcome many challenges and achieved excellent results. He has received two Best Papers Awards during his PhD study, one ICCD 2017 Best Paper Award and one 2020 LCN Best Paper Award.

The title of the paper that received the Best Paper Award of ICCD 2017 (The 35th IEEE International Conference on Computer Design) is "Aster: Multi-bit Soft Error Recovery Using Idempotent Processing". A soft error is caused by a charged particle striking a semiconductor memory or a memory-type element, making a bit flip. These charged particles can come directly from radioactive materials and cosmic rays or indirectly as a result of high-energy particle interaction with the semiconductor itself. Soft errors are a major concern in current and future computing systems. They degrade the system reliability significantly. Existing solutions to soft errors either incur unaffordable area and power overheads or fail to provide resilience against multiple-cell-upsets. The awarding winning paper presents the first low-cost, compiler-based approach Aster to handle multi-bit soft errors. Aster relies on acoustic wave detectors to detect soft errors, and uses idempotent processing and checkpointing to provide a complete solution to multi-bit soft errors. Aster comes into action when a soft error is detected. Based upon the information about the error location, Aster determines the impact of the error on the program correctness. The program continues to execute in case of no impact. Otherwise, it finds an optimal idempotent region which can completely recover the program from the error, and executes the program from the optimal idempotent region. Experimental results show that the time overhead is within 5 percent, approximately 60 percent reduction compared to the state-of-the-art schemes requiring expensive hardware support.

The title of the paper that received LCN 2020 (the 45th IEEE Conference on Local Computer Networks) is "Celosia: An Immune-Inspired Anomaly Detection Framework for IoT Devices". IoT devices are becoming ubiquitous because of the advent of smart cities and vulnerable to a large number of powerful and sophisticated attacks that can potentially paralyse whole cities. There is a need to develop anomaly detection systems that can work on the same principles as the immune system to continuously learn to detect attacks that are not yet discovered. This paper proposes a dynamic framework, Celosia, that is inspired by the immune system offering good accuracy and high performance with minimal human intervention. Celosia employs a continuous learning process to detect abnormal behaviours that are yet to be discovered. It also provides a mechanism to manually define normal and anomalous entities to minimize errors. Celosia provides a layered defence and employs several agents performing their dedicated tasks. Experimental results demonstrate the power and capabilities of this framework, making it an ideal candidate for IoT devices.

Muhammad Naveed is well-motivated and loves doing research. Initially, he worked on soft error detection and recovery. After publishing the award-winning paper in ICCD 2017, he observed that cyber security was more important in the industry and thus decided to change his research topic to anomaly detection on IoT devices using deep learning techniques. After three years of hard work, he developed a complete novel framework, including Aster, a novel anomaly detection algorithm and a new approach to the neural network design for the anomaly detection problem. He is expected to submit his PhD thesis early this year.