Study reveals the relaxing music to help you sleep

If you have trouble turning off at night, could switching on a little bit of music help you get some quality shut-eye? 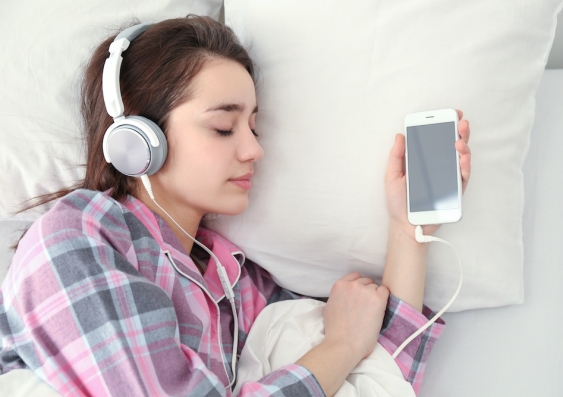 Perhaps there’s nothing quite as frustrating as trying and failing to fall asleep. But if you’re one of the many people who struggle to switch off come bedtime, the findings of a new study might give you some hope – and the songs – you need to help you get your dream on.

UNSW PhD student in the science of music for sleep, Thomas Dickson says that listening to music could hold the answer to a better night’s sleep. The music psychology researcher says listening to music at bedtime can not only help people fall asleep quicker but also improve sleep quality.

“Music has a solid evidence base as one of the better researched non-pharmacological sleep aids that can improve individual’s sleep, both in terms of insomnia and the quality of sleep,” he says.

According to Mr Dickson’s research, listening to music changes what can be a stressful experience of trying to sleep into a more pleasant one. As well as inducing relaxation and a sleepier state, music offers a distraction from stressful thoughts and can also mask out distracting noises in the environment.

His latest study with Professor Emery Schubert, Musical Features that Aid Sleep, published in Musicae Scientia, goes one step further, identifying the specific characteristics of music that is successful in aiding sleep.

“While previous studies of music as a sleep aid have shown music to be beneficial in helping sleep, little research has investigated the specific features of music that have improved sleep,” Mr Dickson says.

“In this study, we asked individuals about what music they’ve used in the past, and did it successfully help them sleep. We identified that music successfully used for sleep had certain musical properties, compared to music that was unsuccessful.”

The study revealed music that aided sleep had more emphasis in lower frequencies such as a stronger bass, had a slow and sustained duration of musical notes, and had non-danceable rhythms.

“In music terms, the music had quite a dark mix, it was legato, and was not complex or strong in rhythmic activity,” Mr Dickson says.

The research also suggests it’s not just classical music or lullabies that can help people sleep. In fact, individuals can fall asleep to a wide variety of music genres.

“Based on the findings of the study, we have evidence that the musical features we uncovered appeared to be more important than the genre in aiding sleep,” he says.

For those considering turning on the speaker to help switch off, consistency is key.

Mr Dickson recommends making music a part of your bedtime routine. He says developing the habit of listening to music for 45 minutes at bedtime for about a month has been shown to positively impact sleep patterns.

However, if you’re a healthy sleeper, music isn’t likely to improve the quality of your sleep further. And while there are no known side effects for using music as a sleep aid, it’s always best to consult with your GP first, Mr Dickson says.

“Music is most useful for people who struggle to sleep because of insomnia related to anxiety or stress, rather than medical issues like sleep apnoea,” he says.

“If you listen to music every night, at the same time for at least three weeks, at that point, we start statistically seeing improved sleep quality, and individuals with insomnia becoming healthy sleepers.”

For your best chance for a good night’s sleep with music, Mr Dickson suggests compiling a dedicated sleep playlist with songs that have the characteristics conducive to aiding sleep. He also recommends the volume is kept under 40 decibels, which is about as quiet as comfortably possible.

“If people listen to music they enjoy, they can enjoy going to sleep more,” he says.

Mr Dickson is writing a book on the science of music for sleep to be released in 2021. His mobile app ‘Can’t Sleep’ incorporates the musical features of his research to help sleep and is available on iPhone and Android.