In Australia and the UK, focus is on costs of detention

On the basis that ‘it’s cheaper’, Australia’s Home Affairs minister, Peter Dutton, has in recent weeks released about 60 refugees into the community, a policy about-face that suddenly brought the costs of immigration detention back to the fore in Australia’s political discussion. 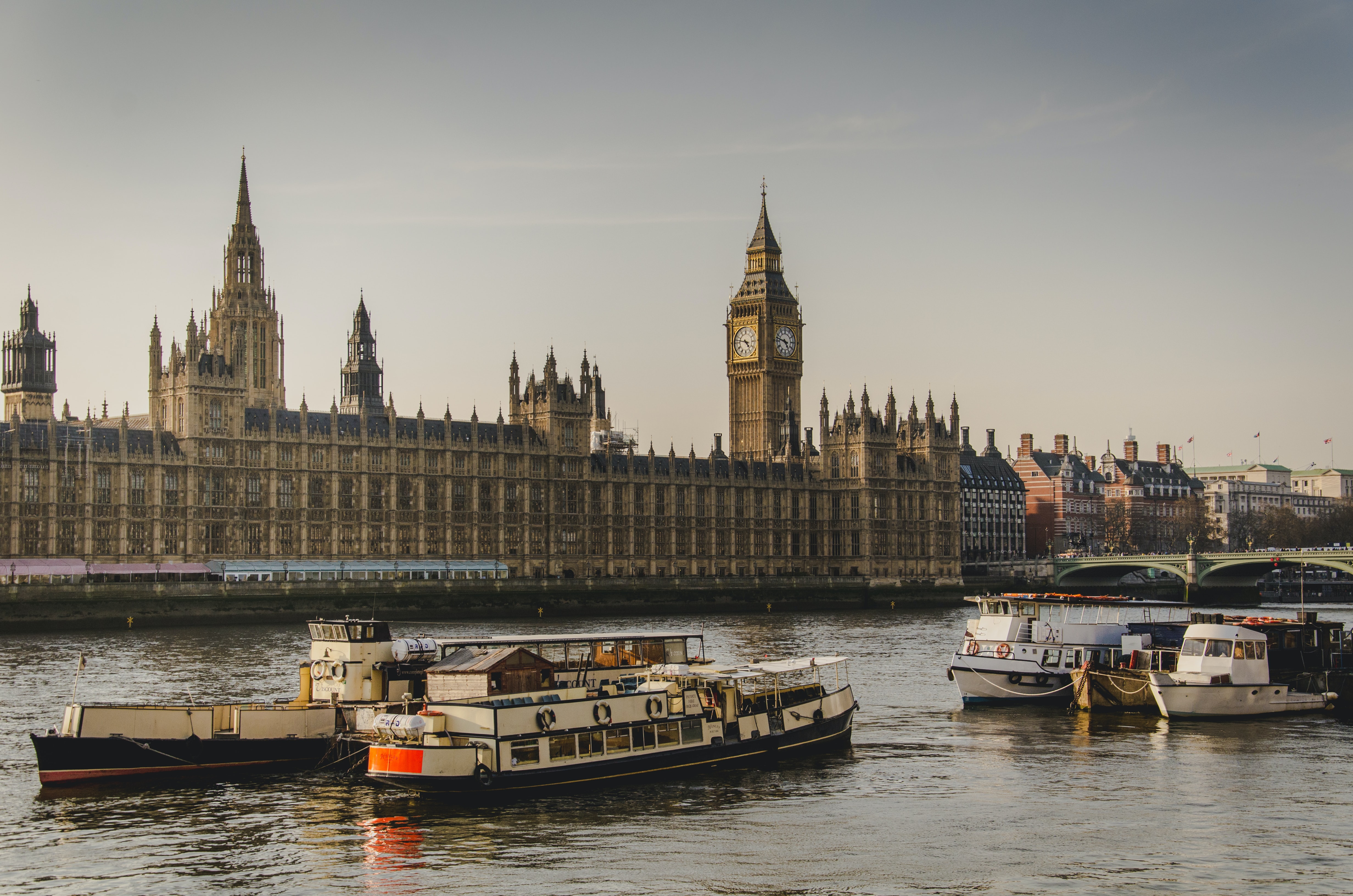 Those freed had been transferred from Manus and Nauru for medical attention while the medevac legislation was in place; it passed Australia’s parliament 1 March 2019 despite the Government’s opposition, a defeat that was reversed in December 2019. Since their transfer, the men had been held in hotels designated ‘alternative places of detention’ (APODs), but Dutton recently authorised their release on six-month visas, saying, ‘It’s cheaper for people to be in the community than it is to be at a hotel, or for us to be paying for them to be in detention’.

This was an extraordinary justification, given the costs of Australia’s complex immigration detention regime are well-known. As far back as 2016, a report from Save the Children Australia and UNICEF Australia calculated that moving people from offshore detention to detention in Australia would save A$200,000 per person per year, and that placing them on bridging visas in the Australian community while their claims were processed would save up to A$400,000 per person per year.

The costs are also huge and hard to quantify, as Kaldor Centre Senior Research Associate Madeline Gleeson recently told a committee of the United Kingdom House of Commons. UK Home Secretary Priti Patel was reportedly considering offshore processing for asylum seekers, and Gleeson’s evidence to the UK Home Affairs committee outlined the ‘many very serious legal and humanitarian concerns with what is called the Australian model’. She said Australia’s offshore processing policies did not ‘stop the boats’, noting that more people arrived in Australia by boat seeking asylum in the first year of these policies than at any other time before or since offshore processing was put in place.

Gleeson outlined the costs in human as well as financial terms:

'You have to be willing to deport and detain children, pregnant women, the elderly, disabled, victims of trafficking; there can be no exceptions, because if vulnerable people are exempt from this policy then its core objective of deterrence will fall down. You will need to have no national or regional human rights framework whatsoever, no national or regional court that could adjudicate claims based on violations of human rights, as we do not have in Australia.

‘You would need to introduce laws and policies that impose strict secrecy requirements. For example, in Australia, if somebody working in one of these offshore centres were to talk publicly about what was going on in that centre, they would be subject to two years’ imprisonment for having spoken about that. That is not speaking about classified national security information; that is talking about the common comings and goings of the day. They could be subject to two years in prison. It also originally covered doctors who might be raising concerns that they were seeing with patients there.

‘You would need a place that could accommodate an unlimited number of arrivals, otherwise you are going to get the problem that we did 12 weeks in that if people come in too large a number, they are going to outstrip your capacity.

'Finally, you would need to have a lot of money. A conservative estimate is that this costs Australia roughly $1 billion per year... for 300 people. I guess the UK would need to calculate how many people this is going to be for and what the taxpayer cost will end up being for a policy that still might not work.’

Asked if the A$1 billion figure was the cost ‘at its peak’, Gleeson noted it was a year-on-year average cost to taxpayers.

She stressed that a lack of government transparency made it very difficult to determine the full and exact costs of offshore processing. Government responses about costs have been inconsistent and incomplete, with insufficient details breaking down costs across different agencies.

For example, it is unclear if the table above includes the cost of aid and development assistance promised to Nauru and PNG to secure the arrangements, or to Cambodia to resettle seven refugees. It’s unclear if the legal costs incurred by the Australian Government in defending and settling related legal claims are included, or the costs associated with those people who are technically ‘subject to’ offshore processing, but are in fact currently in Australia.

Even the government has been unable to accurately predict the costs, as shown by consistent under-estimations.

The Australian Government has never provided a full, clear and consistent breakdown over time, Gleeson writes, of who is subject to the policy over time and the related costs: people in offshore processing centres, people in residential settings, hospital or specialised care settings overseas or in Australia.

Gleeson also raises the question of people in the so-called ‘legacy caseload’. ’Crucially, a true assessment of the cost of offshore processing relative to the number of people subject to the policy should include those people who arrived in Australia by boat after it was introduced, but instead of being sent offshore were kept in Australia due to a lack of capacity in the RPCs, changing policies, a political deal brokered to secure an amnesty for a small number of babies and their families, and other reasons,’ she writes of these people in perpetual limbo. ‘As many as 30,000 people are believed to be in this position, but full and clear information on the total number is not readily available.’

In her full supplementary evidence, Gleeson charts how no more than 2,450 people held offshore at any one time nevertheless costs Australia at least A$1 billion a year.

Since Gleeson and UNSW Law Professor Natalie Klein provided evidence to the House of Commons committee, the Scottish National Party (SNP) has urged the Home Secretary to categorically rule out plans for offshore detention centres and a two-tier asylum.

In a letter to Patel, SNP shadow immigration minister Stuart McDonald asked for absolute assurance that her government will never consider following the Australian model, according to the Scottish newspaper The National, which said, ‘The move followed hard-hitting evidence to the Commons Home Affairs Committee from Madeline Gleeson, an academic with expert knowledge of the Australian government’s asylum policy.’

In a subsequent session, committee Chair Yvette Cooper called on Parliamentary Under-Secretary of State at the Home Office and Ministry of Justice, Chris Philp, to confirm that his government was no longer considering sending asylum seekers to the Ascension Island or disused oil platform for processing. Philp said his government had ‘no current plans’ to do so but refused to make future commitments.

As the UK government considers a more hostile approach to people seeking asylum, a recent poll in the UK records that higher proportion of people say they believe it is important to have an immigration system that is fair, ‘even if that means allowing more asylum seekers to live in the UK than at present’ (42 per cent), than believe the asylum system should ‘deter’ people from seeking asylum in Britain (37 per cent), as reported by The Independent.

Meanwhile, in response to Minister Dutton’s cost-benefit rationale for dealing with men still subject to Australia’s offshore processing regime, The Age published a stinging rebuke: ‘Mr Dutton’s reasoning is incontestably true. It is cheaper to have 65 refugees living in the community on six-month visas than it is to have them locked down for more than a year in hotels, under nightly curfew and with no day-release. But his explanation is also grotesquely misleading. Cheaper still would be to allow these refugees to become industrious, taxpaying members of our community, to have them lead healthy and stable lives in a nation that protects the rights of its own citizens. And cheaper again would be to release and repatriate all other detainees who have been deemed to be refugees and entitled to our protection.’