Social isolation can trigger sugar and cigarette cravings, but socialising may offer relief, a study in rats has shown. 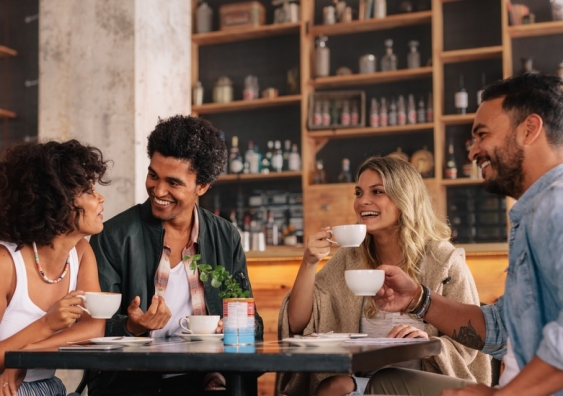 Social interaction may help reverse food and cigarette cravings triggered by being in social isolation, a UNSW study in rats has found.

The study, published in Scientific Reports, used an animal model of drug addiction to show that a return to social interaction gives the same result as living in a rich, stimulating environment in reducing cravings for both sugar and nicotine rewards.

“This was an animal study, but we can probably all relate to the mental health benefits of being able to go for a coffee with our friends and having a chat,” lead author Dr Kelly Clemens from UNSW Sydney’s School of Psychology said.

“Those sorts of activities can divert our attention from being at home and eating and drinking – but they can also be rewarding in and of themselves, and we come away from those interactions feeling relaxed, happy and valued in a way that means our general demeanour and mental health has improved.”

The researcher said social isolation could have a significant impact on both mental and physical health. It can lead to anxiety, depression, compulsive overeating, and an increased risk of cardiovascular disease and cancer.

“Social isolation in particular can both lead to increased drug taking, but can also make it harder for those wanting to cut down or quit,” Dr Clemens said.

The UNSW Scientia Fellow is interested in why people relapse into drug use - in this case, nicotine - when they are socially isolated.

“We know that if you're a regular smoker and you're trying to give up and then you see somebody else smoking on tv, smell cigarette smoke, or you see a packet of cigarettes, people experience very strong cravings,” she said.

“So we wanted to know if isolation increases the likelihood of picking up on those cues, and of initiating cravings.”

The influence of substance cues

Existing evidence tells us that both people and rodents who are anxious, or in a socially isolated environment, pay more attention to substance cues in their environment, she said.

These cues are more likely to enter into their long-term memory.

“And they can actually have a bigger influence over behaviour later on,” she said.

While many studies have focused on the effect of isolation on adolescents, Dr Clemens concentrated on adult rats in this research.

The researcher examined how cues linked to nicotine intake influenced cravings in adult rats in social isolation, and if the cravings could be reversed by returning the animals to group housing.

They measured cravings by recording the amount of times the rat pressed a lever to turn on the cue that had been linked to nicotine.

The team found that after a brief period of abstinence, the socially isolated rats were much more likely to relapse to nicotine seeking.

But their cravings were reversed once they returned to group housing, highlighting the importance of social interaction in the treatment of substance abuse disorders.

“When we put the rats back with their cage mates, they weren’t interested in the cue for the nicotine anymore, and they showed little evidence of relapse,” Dr Clemens said.

“The key finding of this particular study is the reversal of susceptibility to relapse with that return to group housing.”

Dr Clemens said she was surprised that the benefit of returning to a social environment was so rapid.

“The impact of social isolation took much longer to manifest, suggesting that social interaction may have a lasting protective effect against the development and relapse of addiction,” she said.

The Scientia Fellow said the research demonstrated the consequences of social isolation for drug use are not permanent.

“Smokers who want to quit are often provided with a pharmacological response to their addiction. They can access many medications and replacement therapies that can have variable results,” she said.

“Our findings suggest that something as simple as socialising with your friends could reduce those cravings and make you less likely to smoke. This is consistent with other recent evidence that suggested people crave social interaction, and that isolation interacts with the brain’s reward circuitry.

“But it’s important to note that this was research done in animals, and how exactly it translates to human behaviour needs to be the subject of further research.”

While the study focused on nicotine, Dr Clemens found a similar result from sugar which was used as a control measure in the study.

“This tells us that our results probably extend to other high fat, high sugar food and drinks. It is possible that if we did a similar study with alcohol, and other drugs of abuse, we might find a similar pattern. But we would have to test that specifically.”

Dr Clemens said a follow up study could investigate if social isolation is leading to long term or transient changes in the brain that underly the behavioural changes that she observed.

Read the study in Scientific Reports.