After Myanmar's coup: Can the military hold a new election?

The concern now is that the military plans to hold a new election after the coup is over, or after what it is alleging is a state of emergency. 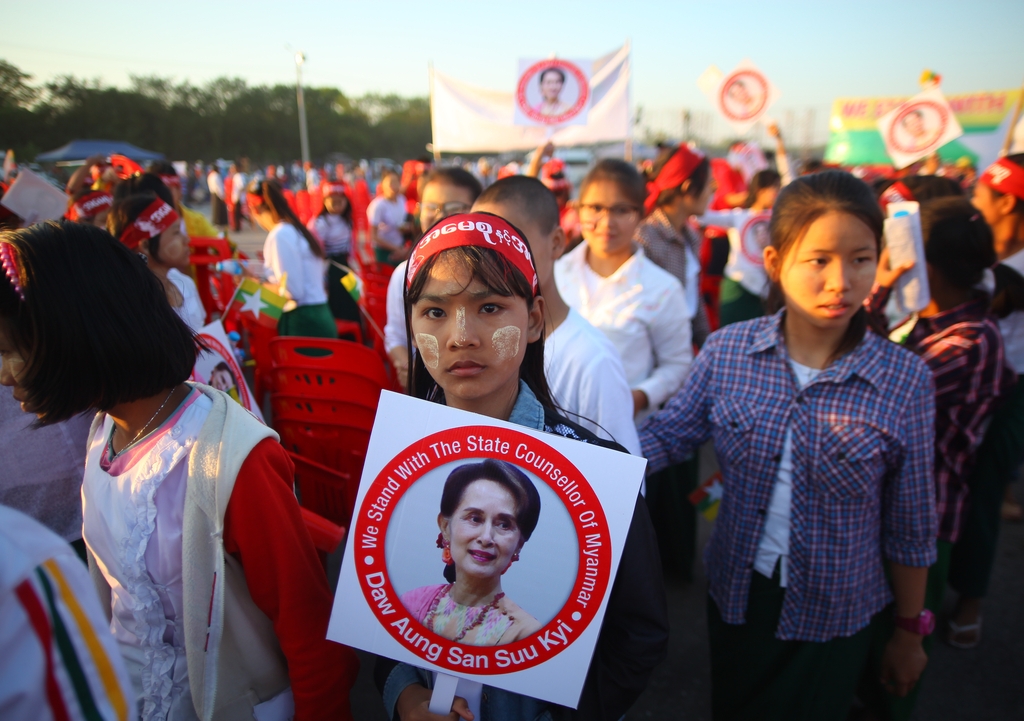 Elections hold a controversial place in politics in Myanmar.

In 2010, after decades of military rule, first under the guise of socialism and then through martial law, the military chose to reintroduce multi-party elections and to honour the results of the election.

This is in contrast to 1990 when the military allowed a multi-party election but failed to honour the results.

Under the 2008 Constitution, three elections (plus by-elections) were held – 2010, 2015 and 2020. The results of the 2020 elections are now at risk of being annulled arbitrarily by the military following the coup of 1 February.

The reasons for the coup, claim the military, are alleged voter fraud and issues with voting lists of the November 2020 elections.

While ideally voter lists should be public documents, there is no central voter registry but rather 46,000 separate polling station voter lists, based on data extracted from the population registry at the township level (see here).

A group known as The Insights has produced a report systematically addressing the claims the military has raised and explaining why these claims have no basis.

Here I want to consider what comes after the coup and why the military doesn’t have the power to hold a new election.

The electoral system introduced under the 2008 Constitution was significant for a number of reasons.

Political parties were able to contest the elections. This may sound trivial but it was hugely significant in the light of political history in Myanmar.

The concern now is that the military plans to hold a new election after the coup is over (or after what it is alleging is a state of emergency).

The military’s approach contradicts what the Constitution anticipates, assuming that the rules concerning a state of emergency are actually being followed.

The Constitution allows for elected members of parliament to resume office at the end of a state of emergency for the remainder of their term. This means that if the coup ended in one year, the incoming members should be able to serve for another four years.

The military argues that because the incoming parliament is required to meet within 90 days of the election, and that period has now expired, the members are no longer able to take office.

This is an absurd claim. The 90-day rule needs to be understood as a practical rule designed to guide an incoming government and ensure no undue delays to taking office. The rule should not be used as a weapon against elected members who have been physically prevented by the military from forming government because many of them are under arrest.

Another concern is whether the military will have the audacity to amend the Constitution and the laws in relation to the elections. Specifically, there are concerns the military may try to introduce a system of proportional representation.

Myanmar currently has a first-past-the-post system.

The debate over proportional representation has featured repeatedly since the 1990s. As I explain in my book, often it has been minority political parties who have advocated for this change.

Over time, the military and the military-backed political party, the USDP, have also warmed to the idea of proportional representation as they perceive it as a way to dilute the influence of the NLD at the ballot box.

While it may reduce the NLD’s success slightly, it is possible the NLD may still be able to form government. The question is whether they could gain enough votes to be able to appoint the president in the presidential electoral college vote. The vote is for three positions – the president and two vice-presidents.

There has been debate about whether the Constitution allows for a system of proportional representation or whether this would require constitutional amendment.

It is generally understood that a shift to proportional representation would therefore require constitutional change, even though the Constitution does not specifically mention the first past the post system.

But constitutions should not be amended in a state of emergency (or a coup, which this is). It would look highly suspect if the military amended the Constitution now.

The military may also try to ban the NLD or at least take out its key actors by charging them with spurious criminal charges that would potentially see them in jail for several years. Already the president and Aung San Suu Kyi, among others, are facing such charges.

There is resistance from the Committee Representing the Pyidaungsu Hluttaw (CRPH), which is a group of elected representatives who have not yet been arrested and who are symbolically asserting their right to hold office.

It is also likely that an attempt to hold a fresh election by the military would be boycotted by the NLD and possibly some other political parties.

We have always known that democracy in Myanmar was thin and fragile. The very representativeness of the system is limited by the unelected military members in parliament. It has never been a fully representative system.

If it does change the electoral rules, this would only demonstrate how desperate the military is to revise the rules in its favour. Ironically, the rulebook it created for a multi-party system hasn’t worked as intended.

Professor Melissa Crouch is the author of 'The Constitution of Myanmar: A Contextual Analysis' and Associate Dean Research at UNSW Law & Justice.

This article was republished from the Election Watch, based at the University of Melbourne's School of Government. Read the original article.