Israel shows how to do vaccinations right. It's a race, and we're behind

It's not too late for Australia to repair our vaccine strategy, though we will never make up for the months lost. 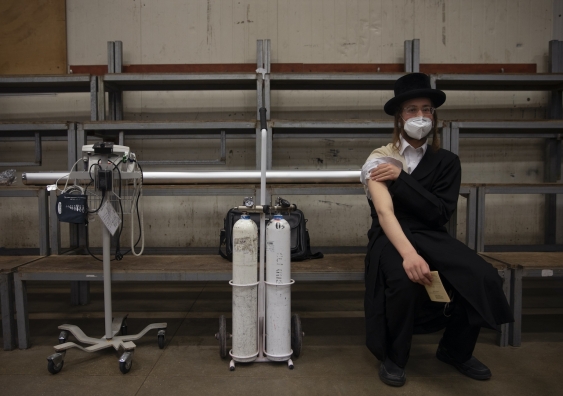 Australia’s policy performance on COVID-19 in 2020 was world-leading in terms of both public health and economics. Sadly, our vaccine roll-out strategy has been anything but.

I’ve spent plenty of time highlighting this in recent months. But perhaps the most instructive thing to do is compare and contrast Australia’s back-of-the-pack performance with Israel’s – which is truly world-class.

Israel has shown a sense of urgency with its vaccine strategy and roll-out.

The country has gone from having a large infection rate – including from highly contagious variants of COVID-19 – to having herd immunity within its reach. This, in turn, has allowed it to open up the economy with all the benefits that flow from that.

Australia has a lot to learn.

Just a few months ago, in mid-January, Israel had the highest per capita COVID-19 infection rate in the world.

Now, as the following chart shows, the number of infections is less than a quarter the level recorded on January 17. 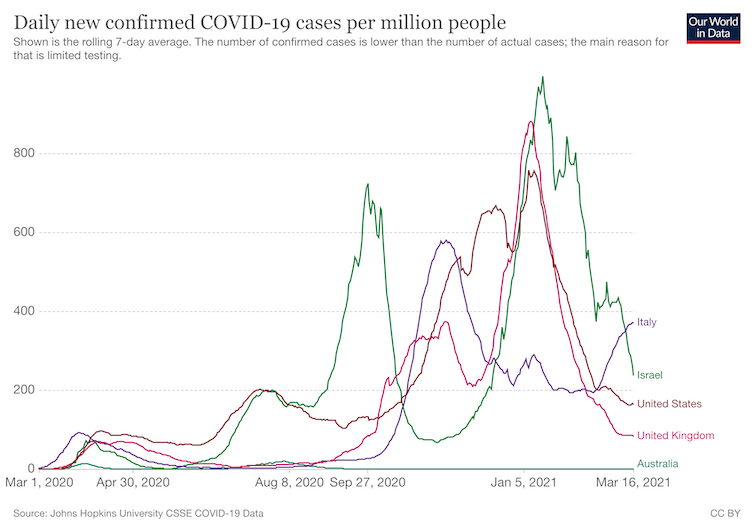 This is clearly due to Israel’s vaccination program, which began on December 19, 2020 – just 10 days after the first Pfizer doses arrived in the country.

Israel was well ahead of most countries in signing a purchase agreement for Moderna’s high-efficacy mRNA vaccine in June 2020. Later in 2020 it made more deals with Pfizer (which also produces a very high-efficacy vaccine) and AstraZeneca. 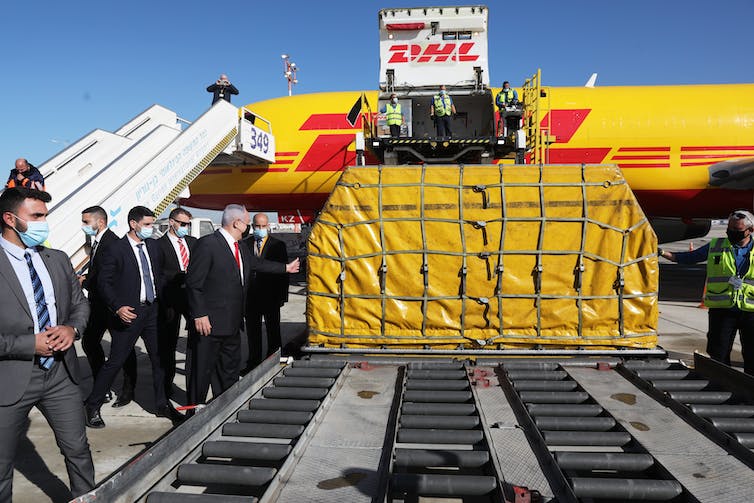 About 57% of Israel’s population of 9 million have now received at least one dose of the vaccine. More than 48% are fully vaccinated. Life is getting back to normal. People are going to concerts and congregating in coffee shops.

How are we doing here in Australia?

We’re at 0.72% of the population having received even one dose. Only some senior politicians and perhaps the odd aged-care resident being used for a photo-op have received the two doses.

So how did Israel do this?

First, Israel has a well-run universal health-care system. But so does Australia.

Second, Israel is a geographically small country. That helps with transporting and storing vaccines – particularly those requiring being kept a very cold temperatures (between -80ºC and -60ºC for the Pfizer vaccine).

Australia, by contrast, is a geographically huge country. However, we do have a highly concentrated urban population, with the five largest metropolitan cities (Sydney, Melbourne, Brisbane, Perth, Adelaide) accounting for 64% of Australia’s total population (about 16 million of the total population of 25.5 million).

Third, Israel’s approach emphasises being fast rather than sticking strictly to a priority order of who gets the vaccine first. Family members of high-priority people thus have often been able to get vaccinated at the same time. Australia’s approach, by contrast, is less urgent and more concerned with rules.

Finally, Israel has the political will. Prime Minister Benjamin Netanyahu has made vaccination a top priority. Sure, he’s also facing serious corruption charges, so maybe this is all motivated by trying to stay out of prison. But who cares? He’s getting the job done.

Israel has also introduced a “green passport” – a phone app that certifies the owner has been fully immunised or is presumed immune as a result of having previously had COVID-19.

The “green pass” (as it has become known) permits holders – and only holders – access to gyms, swimming pools, cultural events, weddings and other gatherings.

The Israeli government has been explicit about, and made no apology for the fact it is using both carrots and sticks to return life, and the economy, to normal. 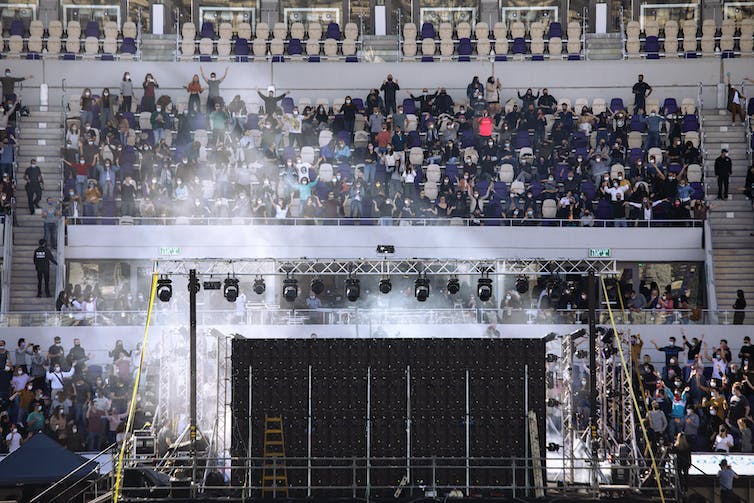 Israeli musician Ivri Lider performs at a football stadium in Tel Aviv on March 5 2021. Concert goers were required to show their ‘green passport’ to be admitted, and to also wear a mask. Photo: Oded Balilty/AP

It’s not too late for Australia to repair our vaccine strategy, though we will never make up for the months lost.

It’s time for the federal government to get serious about the roll-out. No senior politician or health bureaucrat should ever again say “this is not a race” or “we’re not in a hurry”. It is a race. We should be in a hurry.

Every day we are sluggish about the roll-out is another day before the economy can open up properly. It is another day where there could be a hotel-quarantine outbreak – now with more contagious and likely deadlier COVID-19 variants – potentially leading to further lockdowns and undermining people’s ability to travel or socialise normally.

The roll-out is a race. We need to run. Any government that doesn’t get that will pay a serious price at the ballot box.