On 2 March 2021, Dr Sangeetha Pillai appeared before the Senate, Legal and Constitutional Affairs Legislation Committee inquiry into the Migration and Citizenship Legislation Amendment (Strengthening Information Provisions) Bill 2020. This was her opening statement. 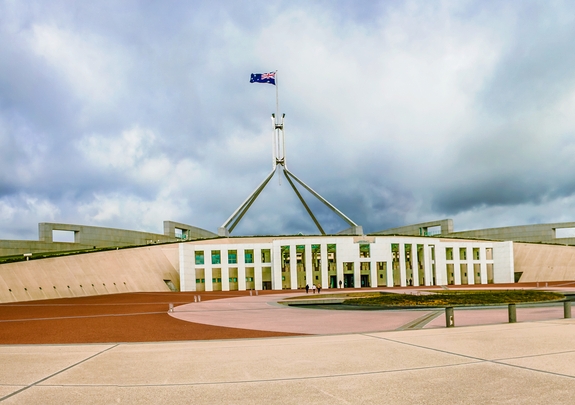 Thank you for the opportunity to present evidence today on behalf of the Kaldor Centre. In my view this Bill should not be passed. I’ve had the benefit of listening to the earlier sessions of this inquiry, so I thought it might be most helpful if I use this time to speak to some of the issues that have come out of that discussion.

I want to say upfront that I acknowledge the need to protect victims of crime. I accept that the interests of victims of crime may be one of several factors that warrant consideration when determining if and when a person stands to lose their visa or their citizenship.But none of these issues are relevant to this particular Bill.

The Bill would significantly restrict the circumstances in which a person would have the ability to respond to key information relied upon to reach a decision against them. As we said in our written submission, this undermines principles that are fundamental to the Australian legal system such as procedural fairness, the right to a fair trial and the rule of law, as well as a number of international human rights obligations that Australia has subscribed to.

If a person who has their visa or citizenship cancelled without being privy to the reasons for that cancellation, they will be unable to make a first-instance response to the [Home Affairs] department. This would mean they would lose the opportunity to provide information to correct, say, a mistake in the information the department is relying on, or provide a reasonable explanation where one is available. It will also be very difficult for them to make any effective use of merits review mechanisms, especially given that under the Bill the AAT is also restricted from access to the confidential information that provides the basis for a cancellation decision.

The Bill does still enable a person who faces visa or citizenship cancellation to access judicial review, and in that instance, the court has the capacity to order that it be given access to the confidential information. However, under the model that the Bill proposes, the quality of judicial review will be significantly eroded. The person facing cancellation and their legal representatives will, by default, be excluded from the preliminary hearing in which the confidential information is disclosed to the court. While it is true that the court may subsequently decide to disclose the information to the applicant and their lawyers, the court’s capacity to decide in favour of disclosure is extremely restricted.

This is because, when determining whether the information should be disclosed, the Bill only allows the court to take into account factors that weigh against disclosure. Indeed, while a primary purpose of the Bill is to avoid the constitutional problems identified by the High Court in Graham that exist when a court is restricted from access to confidential information relevant to proceedings, it is not clear that the very restrictive model for disclosure put forward in the Bill actually does avoid these problems.

In short, the Bill proposes a model where in a large number of cases people who face visa and citizenship cancellation will have absolutely no opportunity to know or respond to the case against them. It does so even when less restrictive options, such as partial disclosure of information or a special advocates mechanism might be suitable, without negatively impacting upon the public or national interest. As both the Parliamentary Joint Committee for Human Rights and the Scrutiny of Bills Committee have noted in their reports, no explanation has been offered so far for why these or other alternatives have been excluded.

This is particularly dangerous and disproportionate given the extremely onerous effect that visa and citizenship stripping can have on an individual, which can include expulsion to a country where they have never lived and have no networks, separation from children and other family, where expulsion is not possible indefinite immigration detention, and, in the case of some refugees, refoulment to a country where they might face harm.

For these reasons, it is my strong view that the Bill should not be passed.