Directors and designers can collaborate remotely in a virtual space. 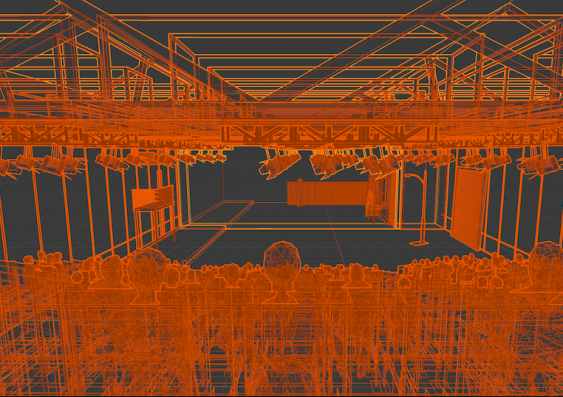 The revolutionary prototyping platform assisted Sydney Theatre Company (STC) in the early stages of developing a production while the theatre itself was still under construction. The production, Playing Beatie Bow, launched STC’s newly renovated Wharf Theatre at Walsh Bay Sydney in February.

The iDesign platform allows directors and designers to develop their design collaboratively on their laptops in virtual space in real-time across remote locations. The iDesign process complements the traditional production design process using intricate scale models and computer-aided drafting programs. Set, lighting, costume and props designers would typically work in person, using these tools at different stages of the design and realisation process.

“It allows all the designers and directors to jointly test out their ideas in the digital twin of the entire theatre environment from the perspective of the performers and audience members, and also to see how the design works relative to its seating configuration,” he says.

“The platform could be particularly helpful when designers and directors can’t physically meet, or when a theatre space is under construction.”

Once they are happy with the design in the virtual space, it is ready to be tested on a 1:1 scale in UNSW’s 360-degree 3D iCinema, which includes a fully immersive 3D model of the entire theatrical architecture including its seating configuration.

Professor Del Favero says the platform allows designers to rapidly test and practically apply their ideas through a wide range of tools, such as colour and texture palettes, dramaturgical context, automatic line of sight calculation, lighting templates, performer movement pathways and prop locations. The sight line capability of the tool is particularly critical, because it allows the designers to see what a scene will look like at any moment in time, from any position and seat in the theatre. 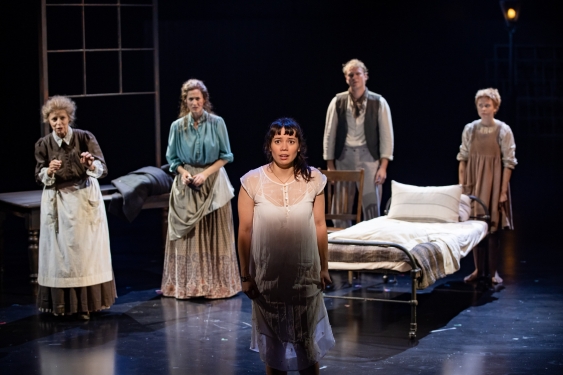 iDesign is informed by previous collaborations between the STC and renowned production designer, project investigator and UNSW Professor of Practice Michael Scott-Mitchell.

“I got quite excited the first time I started playing with the platform because I could see its potential – and far more potential than I gave it credit for, even though I proposed the idea,” he says.

“One of the project’s great assets is the ability to move virtually around in the theatre space, whether it's on your laptop, a larger curved screen or in the 360-degree cinema.”

Professor Scott-Mitchell says that while iDesign is still a work in progress, the final version could provide any creative team with tools to step through the stages of design.

“Part of the purpose of this platform is to enable initial conversations between directors and designers, using it a bit like a sketch pad. For example, you might be doing a freehand sketch in the space, or a simple hand drawing version of what you might want to bring into the space. But then you need to be able to quickly jump out to see what happens when we're looking at it from a different part of the theatre – maybe one that has the worst sight line. The ability to link those things is very important,” he says.

iDesign will also be useful when a production tours to other cities and theatres, according to Professor Del Favero. The fluid modelling system means the stage design could be previewed, and then assessed and adapted no matter the production context.

The original plan was to implement iDesign at the end of 2021, however, the COVID-19 pandemic presented an opportunity for the designers to test iDesign while working during COVID restrictions.

“It was an opportune time to implement the baseline system,” says Professor Del Favero. “The project is still a work in progress, and our plan is to evaluate its benefits and shortcomings with this production. We will continue to enhance it and add functionalities.”

During 2021, the project will integrate an Artificially Intelligent (AI) system linked to the internet which will conversationally interact with designers like an advanced Siri. It will fine-tune their designs, by analysing their design decisions, recommending alternative solutions as well as automatically identifying potential physical risks involving performers and physical setting. UNSW hopes theatre companies could then offer the use of the program to their designers, and integrate its capabilities for future productions.