In this video, watch how the SARS-CoV-2 virus takes over cells by ‘melting’ them into each other. 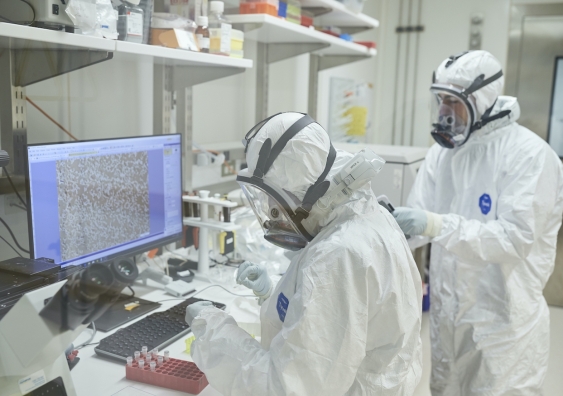 Researchers at UNSW Sydney’s Kirby Institute have developed cells that allow them to test the effect of SARS-CoV-2 faster than anywhere else in the world.

The team, led by Associate Professor Stuart Turville, use these genetically “supercharged” cells to quickly understand the dynamics of different variants of the virus, to test their ability to evade vaccines, and to inform the public health response in real time.

The scientists have now shared microscopic footage of the process – in their incredible video, you can see the healthy supercharged cells being taken over by the SARS-CoV-2 virus over a 20-hour period.

“The SARS-COV-2 virus melts into healthy cells. That’s what enveloped viruses do, melt the outer layer of themselves with the outer layer of a cell in a process called “fusion”. So instead of the virus particle melting into a cell, the infected cells melt with their neighbour and so on like a set of dominos,” says Associate Professor Turville. “At the end we see the virus has turned the cells into large balls.”

To respond to COVID-19 effectively, scientists need to be able to understand complex information about the virus as quickly as possible.

“In these genetically developed cells, the virus replicates four times faster than through any other techniques currently published in the scientific literature,” A/Prof. Turville says.

“This means we quickly understand a number of things about the virus from single swab, including potency (the potential of the virus to transmit), how the virus reacts to different treatments, whether the virus is changing in a way we don’t expect it to.”

The Kirby Institute team had a head start because they took lessons learned from HIV to develop cells with receptors that viruses ‘like’.

The team looked at hundreds of different cells to identify ones that would allow the virus to replicate as quickly and effectively as possible. A/Prof Turville calls these cells the ‘canaries in the coal mine’ – because they allow his team to capture variants of the virus quicker than any other method.

The Kirby Institute’s Director, Professor Tony Kelleher, says these cells are an incredible asset to Australia’s response to COVID-19. “We’ve reduced the timeline to characterise a viral variant from one month to one week. This means we know what viral properties we are dealing while people are still in hotel quarantine. It’s an exceptional innovation that will contribute to Australia’s world-leading COVID-19 response.” 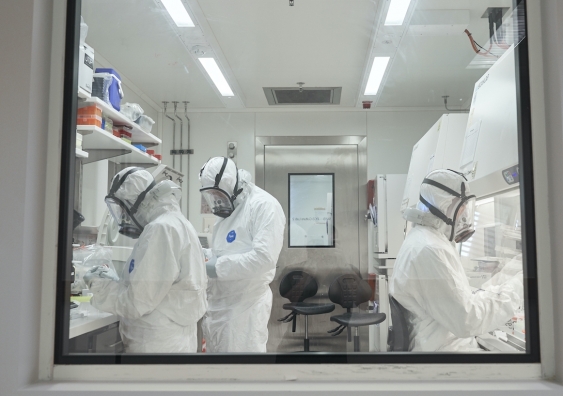 The Kirby Institute team had a head start because they took lessons learned from HIV to develop cells with receptors that viruses ‘like’. Photo: Richard Freeman / UNSW