The Indigenous Law Centre at UNSW Law & Justice has been at the forefront of Indigenous law research and reform for four decades – today its work and influence are helping change the nation. 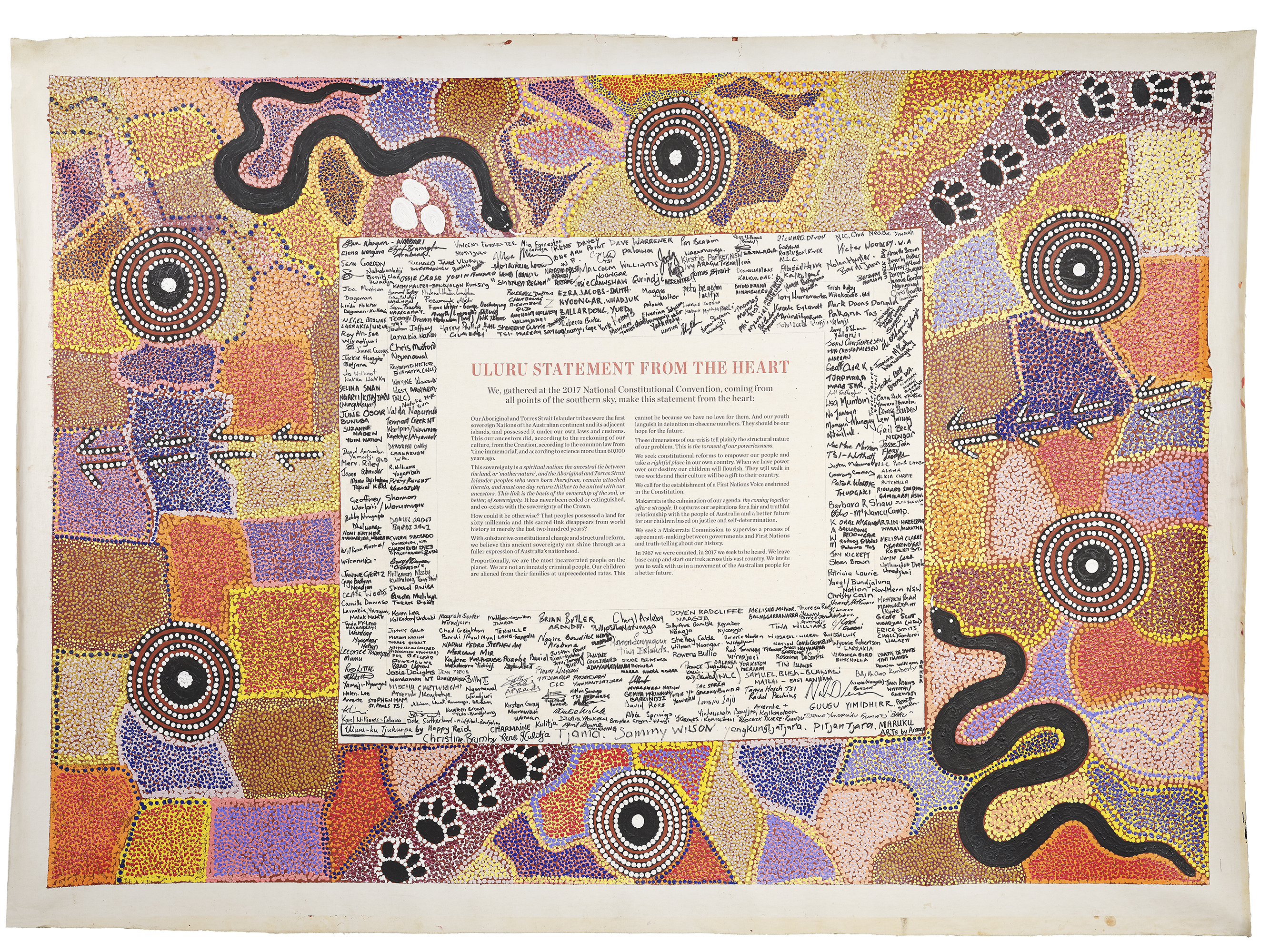 From Aboriginal land rights and native title to the criminal justice system and constitutional reform for First Nations people – there has been one law centre that has been at the forefront of the conversation over the last 40 years.

The Indigenous Law Centre (ILC), Australia’s only Indigenous law research centre, has been leading the way since the 1980s, tackling Indigenous legal issues and law reform.

Based at UNSW Law & Justice, the Centre “has influenced many of the key political and law reform moments that have impacted Aboriginal and Torres Strait Islander peoples from its inception in 1981 to today”, says Cobble Cobble woman Professor Megan Davis, a former Director of the ILC.

The impact and academic work of the ILC and its law journal, Indigenous Law Bulletin (also established in 1981) has no greater relevance than in the “here-and-now”, Prof. Davis says.

“As the Commonwealth considers the pathway to establish a First Nations Voice to Parliament, the work of Indigenous Law Centre – representing decades of academic and legal research and advocacy, particularly in recent decades on constitutional reform – has never been more important.”

On the 40th anniversary of the Centre, coinciding with the 50th anniversary of UNSW Law & Justice, Prof. Davis says the whole University can be proud of the ILC’s storied history and influence, with an “unparalleled body of work to its credit”.

“Yet, unfinished business remains – it’s today and in the future that the Indigenous Law Centre plays its most important role in law reform, grounded by truth and justice.”

On 24 April 1981, only 10 years after the creation of the Law Faculty at UNSW, the Aboriginal Law Research Unit was established. It would turn out that the name as a research unit was a comprise – the title of ‘Aboriginal Law Centre’ was “considered too radical”. As its foundational years proved, the Unit took on much more than research.

The Centre would see two changes to its name across its lifetime: First in 1986, when it became the Aboriginal Law Centre, and then in 1997 when it changed to its current name the Indigenous Law Centre.

In its initial years, the Unit “conducted seminars, undertook research, and generated teaching materials” on Indigenous peoples and the law. It also was a resource for the Indigenous legal services, namely the Aboriginal Legal Service in Redfern.

The birth of the ILC also saw the publication of the Aboriginal Law Bulletin, now called the Indigenous Law Bulletin (ILB), an academic law journal solely focused on issues that impact Indigenous peoples.

“The Indigenous Law Bulletin has provided accessible information about legal issues that impact upon Indigenous people for forty years – its influence has been truly significant,” says Dr Nicole Watson, a member of the Birri-Gubba People and the Yugambeh language group.

Dr Watson, a former editor of the ILB and now the Director of Nura Gili Academic Programs at UNSW, says the journal has also been an important resource and platform for Aboriginal and Torres Strait Islander peoples as they carve their path in the Academy.

“It has been an important space for emerging Indigenous legal scholars to ‘cut their teeth’ in academic publishing,” she says. “There were, and are, few journals like it.”

“The Bulletin also showcases the stunning works of Indigenous artists on its covers. Its covers could constitute an entire Art exhibition.”

In the first edition of the Indigenous Law Bulletin in 1981, one of its founding editors Neil Rees expressed his hope that the Bulletin would “become a source of useful practical information for people working in the field” of the law and Aboriginal peoples.

Under the editorial title of “Just More Words?”, Rees spoke to the discontent in Aboriginal communities about academic experts who write and theorise about Indigenous peoples with little impact on the lives of Aboriginal people – who already understood the power of the law to oppress.

As Rees writes in that first editorial, quoting Aboriginal lawyer Michael ‘Mick’ Dodson – who would later go on to be a Director of the Centre: “The great volumes of writings and works [focused on Aboriginal peoples and the law] seem to be of little value to a people who live under exploitation, oppression and inequality not only before the law but in all other areas of social existence.”

In decades since that first editorial, the work of ILB has been of reference for high profile legal cases including High Court cases such as Mabo vs Queensland (No 2).

“That is evident in the ILC’s work today.”

Under the stewardship of Prof. Davis, the Centre has been integral to the development of constitutional reform over the past decade.

“Professor Davis has led the way on the legal work relating to Aboriginal and Torres Strait Islander peoples and constitutional recognition and reform; this invaluable scholarship can be seen at the Indigenous Law Centre and in the pages of the Indigenous Law Bulletin for over a decade”, says Bundjalung, Kungarykany woman Dr Dani Larkin.

“This work extends further too. The ILC has done important work relating to Aboriginal women, domestic violence, and international Indigenous rights under the direction of Professor Davis.”

Dr Larkin, a lawyer and Deputy Director of Indigenous Law Centre, says this leadership still drives much of the work of the Centre today.

The ILC continues its work on constitutional reform in partnership with the Uluru Dialogue helping to “facilitate reforms called for by the Uluru Statement from the Heart”, Dr Larkin says.

Prof. Davis chairs the Uluru Dialogue with Pat Anderson AO, who lead educational campaigns on constitutional reform and the Uluru Statement with the Indigenous Law Centre.

“This work has a very real impact,” says Prof. Davis.

“Recently the ILC reviewed all submissions in the current Government-run ‘Co-design’ process on an Indigenous Voice, showing that 90 per cent of submissions were in support of a First Nations Voice in the Constitution.”

This is another indication that the support is there to take a First Nations Voice to Parliament to a referendum and protect it for generations to come, says Prof. Davis.

“Education is vital for a successful referendum, and the Indigenous Law Centre – with decades of academic work behind it – will continue to play a significant role in this important legal reform.”

“It’s exciting to have this important nation-building reform have its academic grounding at the ILC and UNSW Law & Justice.”

The 40th anniversary of the Indigenous Law Centre coincides with the 50th anniversary of UNSW Law & Justice – a faculty built on a steadfast commitment to excellence, intellectual ambition and pursuit of social justice.