Genetic links to be investigated in ground-breaking heart rhythm research

A study involving Victor Chang and UNSW Sydney researchers has been given a significant funding boost to investigate genetic causes of atrial fibrillation. 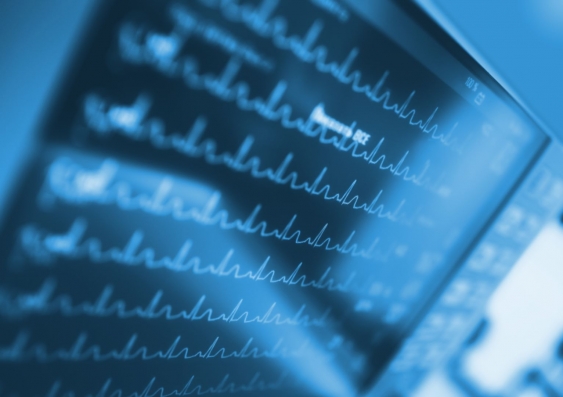 The role genetics play in atrial fibrillation (AF) complications such as heart failure and stroke will be investigated as part of new research involving UNSW researchers.

The condition is a major public health problem with one in three individuals at risk of developing it in their lifetime.

Prof. Fatkin said the research being done by her team is breaking fresh ground, and further advancement would not be possible without the recent financial boost.

“This will really allow us to do in-depth genetic analyses on our patients, and we already have a large cohort of [those] available. This will enable us to do these genetic analyses for the first time in Australia, so it really is a major new initiative,” she said.

“We will use cutting-edge tools for rapid low-cost genetic analyses of AF patient cohorts that will enable us, for the first time, to look at single-gene mutations, genetic risk scores, and genetic effects on anti-arrhythmic drug metabolism. The cost and outcomes of genetic testing, and patient preferences for testing, will also be assessed.”

AF is a disorder of the heart’s electrical activity that can lead to stroke, heart failure and even early death.

A person’s genetic make-up is an important determinant of AF susceptibility, but genetic information is not part of current patient care.

Scientists at the Victor Chang Cardiac Research Institute and UNSW would like that to change.

Prof. Fatkin said those facing choices about their treatment may really benefit from knowledge about genetic influences when selecting appropriate drug therapies or interventions, such as ablation therapy.

“Genetics, we are thinking, may also be important for predicting the risk of recurrence of atrial fibrillation after the ablation procedures,” she said.

“Our data will define high-risk patient subsets and have direct implications for the screening and clinical management of family members.”

Hope for those at risk of AF

Prof. Fatkin is looking at different types of patients across the research. Some have a family history of AF and the collated data will help identify family members also at risk of developing AF in the future.

Another group that is part of the research includes those without a clear family history of AF but who still have the condition.

A third group being studied is athletes who have developed AF after a lifetime of competitive sporting activity.

Prof. Fatkin hopes this research will lead to the ability to predict which athletes are likely to have heart problems in the future.

“This may inform sports choices even in young kids, and we can advise those who are at high genetic risk to potentially change the type of sport that they participate in,” she said.

The Heart Foundation’s Strategic Grants are awarded with the aim to generate innovative and collaborative research projects in the areas where identified gaps in cardiovascular health exist.

The 2020 Predictive Modelling Grant was awarded to Prof. Fatkin to investigate the role of genetics for risk stratification in AF.