A new UNSW report recommends a Royal Commission and broader RBA remit to address the effect of soaring house prices on productivity, economic instability and inequality. 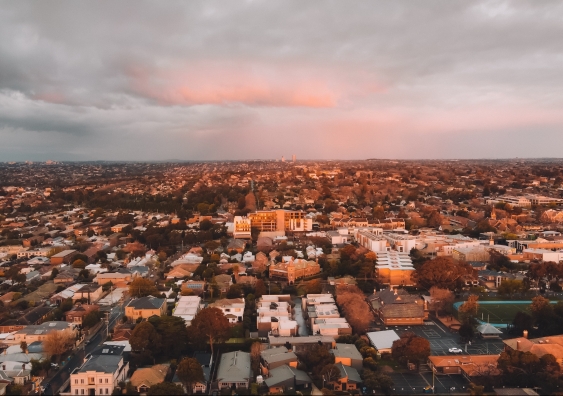 Australia’s property market is a threat to the nation’s economic future with soaring house prices driving inequality and damaging productivity, according to a new report from UNSW Sydney’s City Futures Research Centre.

The report released today recommends immediate institutional reform to stabilise Australia’s dysfunctional housing market, including a Royal Commission on Housing Future Australia, a new national housing strategy and agency, and a permanent housing committee as part of the National Cabinet.

Housing: Taming the Elephant in the Economy presented to the Housing and Productivity Research Consortium, highlights informed opinions of 87 leading Australian economists and other housing market experts on the impacts of housing system outcomes on Australia’s economy. The report advocates far-reaching changes to re-shape Australia’s housing system and remedy damage to economic productivity, reduce exposure to financial instability and stem rising inequality.

According to the report, national household debt has more than doubled over the past three decades, from 70 per cent of GDP in 1990 to almost 185 per cent in 2020, exposing a ticking economic time bomb should interest rates rise in future. In addition, house prices, which have increased by 10 per cent in the year to April 2021, are forecast to rise up to 14 per cent in the coming year, putting homeownership further out of reach for many.

Report lead author, UNSW City Futures Research Centre Honorary Professor Duncan Maclennan, said the current housing system is dysfunctional at all levels and is an inherent risk to the Australian economy. He said the report affirms that Australia’s housing system is failing increasing numbers of young people, and an immediate overhaul is needed.

“The scale and complexity of the problem demands [in particular] that a Royal Commission be established to investigate how to defuse the time bomb and create a more effective and equitable market for all Australians.”

The recent explosion in house prices, in particular, brings a fresh and troubling dynamic for younger Australians who are being locked out of the market in growing numbers, Prof. Maclennan said.

“Surging property prices have left some wealthier and older Australians better off, but younger and poorer Australians, who are the future buyers, are much worse off,” said Everybody’s Home national spokesperson Kate Colvin.

“It’s time to shine a light on the fundamental flaws in our nation’s housing policies and create a concrete plan of solutions that work to address growing housing inequity, like building more social and affordable housing.”

“The Commonwealth Government’s policy actions are boosting inflationary pressures, and the RBA has effectively washed its hands of responsibility for house prices, arguing higher prices are good for the economy,” Prof. Maclennan said. “But when people are paying more and more for rent and to service their mortgages, they have less and less to spend on other goods and services.”

The report also highlights the economic case for building more affordable housing and shifting from policies that inflate the demand for housing to ones that expand supply. The report noted that housing stock is valued at an estimated $8.1 trillion, while housing construction accounts for five per cent of Australian jobs, and more focus needs to be put on securing the sector.

“The Commonwealth is right to highlight sluggish housing supply but wrong to assume that State and local planning is the cause. Shortages of infrastructure, skilled labour and raw materials all matter too,” Prof. Maclennan said. “States do need to audit housing supply chains and bring all their powers to bear to make them faster and more flexible.