From working on Jaws to putting herself in danger, Valerie Taylor vowed to change public attitudes to sharks. A new film dives deeply into her underwater life. 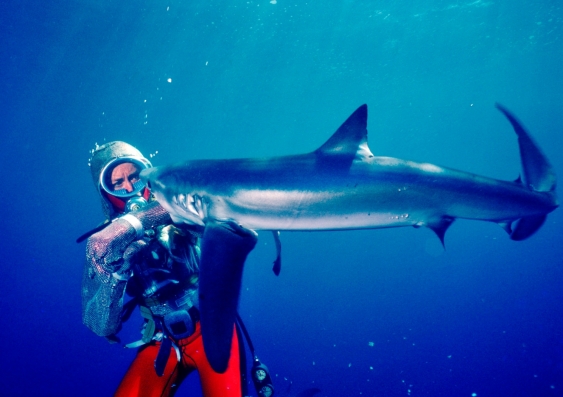 With flashbacks, interviews and expert commentary it reveals her extraordinary underwater life and transition from champion spearfisher to passionate marine conservationist.

As a marine biologist, I’m aware of the environmental crisis our oceans are facing, and the importance of sharks to the ocean ecosystem.

‘I would slide into the water, into another world.’

Increasing numbers of shark encounters around the world have people feeling more on edge and less like a swim.

In 2020, there were eight fatal shark bites recorded in Australia from 26 reported incidents. This was slightly higher than the 23 recorded in 2019 (with no fatalities). So far this year, there have been ten incidents with one death. This increase can be explained by changes in shark population size, human behaviour and reporting methods.

While these statistics are undoubtedly awful, it is important to recognise the role the media plays in shaping people’s perceptions. 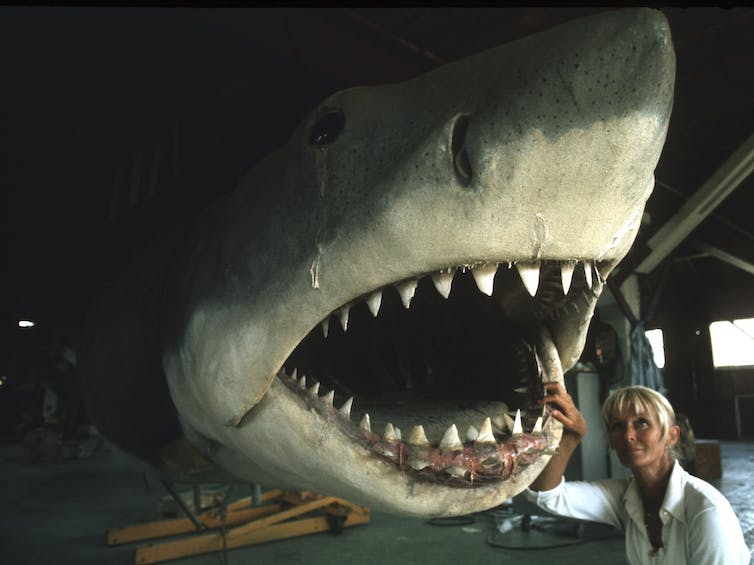 Valerie and a ‘friend’. Madman Entertainment

Read more: Fatal shark attacks are at a record high. 'Deterrent' devices can help, but some may be nothing but snake oil

This film is about changing attitudes. The title itself is a nod to the positive association Valerie Taylor enjoys with sharks, who she regularly refers to as her “friends”. But it wasn’t always that way for the Sydney-born diver who left school at 15 to draw animations and started diving in the 1950s.

A yellow-suited Valerie stars in a 1960s diving film at Heron Island.

In 1974, Valerie and her late husband Ron were excited to film underwater shark sequences for Steven Spielberg’s blockbuster movie Jaws.

With its suspenseful score and blood in the water, the film terrified audiences. But in this film Valerie shares the couple’s pain when they realised they’d contributed to damaging the sharks’ image. She says a spike in public fear led to reckless shark culls.

“I only ever killed one shark,” Valerie says, recalling her spearfishing days. “I wish I hadn’t.”

Valerie and Ron vowed from that moment on to only shoot sharks with their cameras. 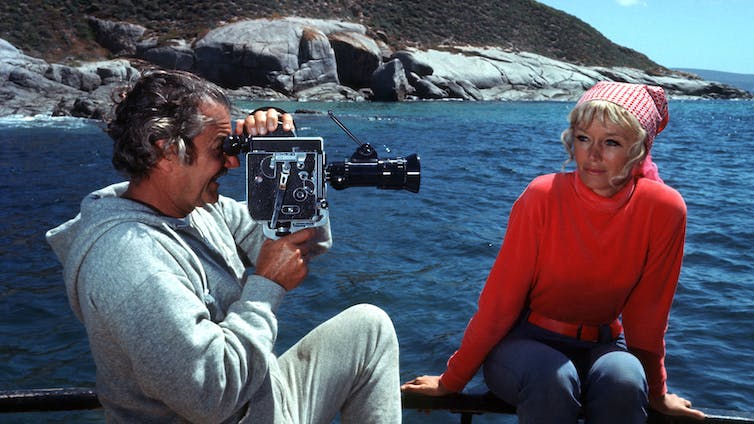 Valerie and Ron Taylor were later recognised for their conservation efforts. Madman Entertainment

Read more: Friday essay: The Meg is a horror story but our treatment of sharks is scarier

Valerie and Ron’s journey from spearfishers to conservationists highlights their role in a broader transition from fear to admiration for these complex, majestic creatures.

“Nature made the perfect animal,” Valerie marvels in the film. “That wonder has never gone away.”

Valerie and Ron used cinematography to balance the reality of shark behaviour with the Hollywood horror narrative (they were later made Members of the Order of Australia for their conservation efforts).

Footage in the documentary of Valerie underwater with sharks accurately shows the interactions between humans and sharks. The message is that sharks don’t see humans as food.

To prove her point, Valerie dons a chain mail suit and puts her arm in a shark’s mouth. Archival footage shows her using fish bait to lure the shark towards her, before moving her forearm into its jaws. “The sharks don’t have crush power,” she says. “This is a misconception”.

She’s correct. Sharks use their sharp teeth to slice flesh and head-shaking to rip off chunks, so they don’t need to rely on biting down. In fact, the bite force quotient (which compares bite force to body mass) is higher for a Tasmanian devil than for a Great White Shark.

In another clip, Valerie coaches a Whitetip Reef Shark to swim over pink coral for a photograph. Delightedly she announces, “They learn faster than you can teach a dog”. Based on my own diving experiences with sharks I would agree they show aptitude for intelligent, learned behaviour.

Sharks play a critical role in healthy ocean ecosystems because they are a top predator, keeping potentially destructive fish populations at a healthy level and preventing algae overgrowth that advances the decline of coral reefs. Tiger Sharks, for example, have been shown to prevent green turtles from overgrazing seagrass beds.

‘You get a feeling about an animal. I can’t explain it. It comes from inside.’

Like Girls Can’t Surf before it, Playing with Sharks explores gender imbalances. The viewer gets to see how Valerie created her own deeply-rewarding adventure story in a male-dominated world, from hand-feeding a Great White from the back of a boat to untangling one caught in wire with her bare hands in waist-deep water. 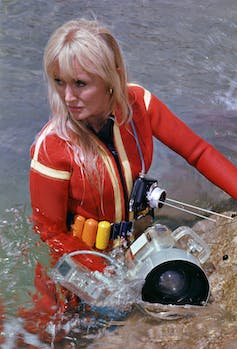 A woman in a male-dominated field, Valerie fought to be taken seriously. Madman Entertainment

Tiny and blonde, she fought to be taken seriously, even at the top of her game with a spear in her hand. The film pays tribute to Ron’s appreciation of her fearlessness and love for the ocean. “She was aggressive, not one of those wimpish women”, he recalls of their meeting, nicknaming her: Give-it-a-go Valerie.

This visually stunning documentary interweaves historical footage with insights from diving legends, scientists and Valerie herself to highlight the power of passion to challenge ideas.

This film is an accessible and inspiring documentary. If viewers watch curiously with even a fraction of Valerie’s sense of adventure then they will have taken part in her mission.