Vital Signs: It's not the Reserve Bank's job to worry about housing prices

The RBA shouldn't be spooked into raising interest rates, but the prospect of inflation in the next few years is an important consideration for central banks around the world. 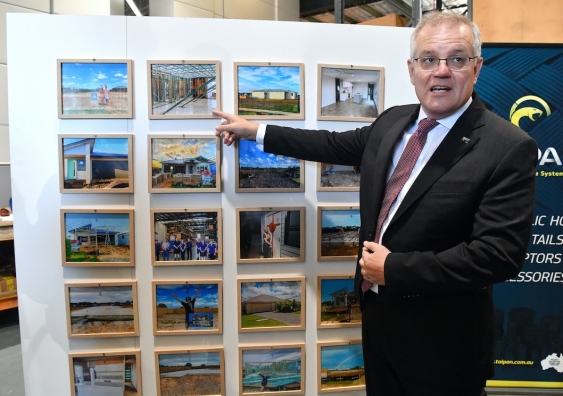 Once again folks are pointing to the potential danger of Australia’s low interest rates.

This week a poll of so-called “market economists” by ratings agency Fitch had only 12% of respondents in favour of the Reserve Bank of Australia’s current stance, with 68% saying its monetary policy was too loose – that is, interest rates are too low.

In Australia there is understandable concern about housing prices. Our already serious housing affordability problem seems to have been made worse by a heady combination of low interest rates, light at the end of the COVID-19 tunnel and a large dash of irrational exuberance.

But, as I’ve said before, the housing market should not be the focus of the Reserve Bank when setting monetary policy. The central bank must focus on its inflation target and maintaining credibility.

Comments in recent weeks by the bank’s deputy governor, Guy Debelle, and the bank’s actions over the past two years or so make clear the bank understands that.

Housing affordability is a pressing problem, but reforming tax concessions such as negative gearing and relaxing zoning restrictions are the appropriate instruments to address it.

Read more: Vital Signs: The RBA wants to cut unemployment, and nothing — not even soaring home prices — will stand in its way

The US inflation debate

That said, the prospect of inflation in the next few years is still an important consideration for central banks around the world.

There has been a spirited debate in the US in recent months about whether the Biden administration’s huge US$1.9 trillion spending plan will trigger a serious shift in inflation.

Two of the finest economists of their generation – Larry Summers and Olivier Blanchard – have been the intellectual leaders of such concerns. 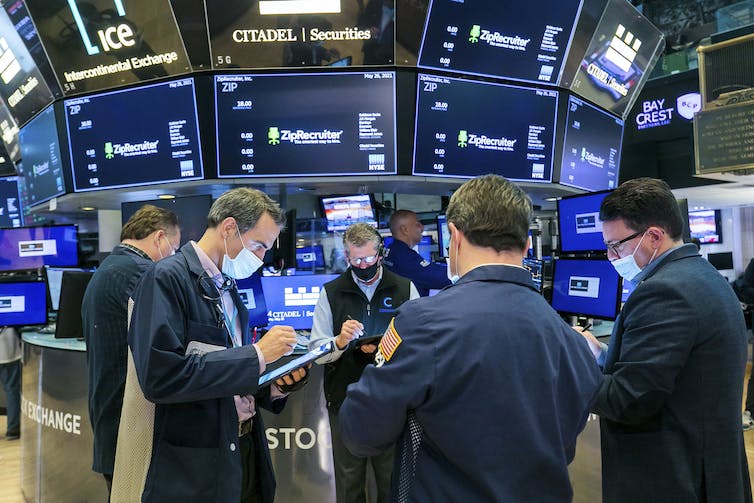 There are great minds on the other side of this debate too, including Treasury Secretary Janet Yellen, Nobel laureate Paul Krugman and Federal Reserve Chair Jay Powell.

Read more: Why the return of high inflation can no longer be excluded

What lessons should we in Australia take from this debate?

The Australian government has phased out its biggest pandemic support measures, JobKeeper and JobSeeker. Its federal budget embraced the use of fiscal policy (spending) but in moderation compared to the Biden administration’s plan. So Australia does not face the same immediate considerations as the US.

Nonetheless there is still an important lesson we should take from the US inflation debate.

Can inflation be fine-tuned?

The big intellectual argument driving inflation concerns in the US is that it is unwise to think inflation can be fine-tuned.

According to three decades of central bank practice around the world, inflation can be dialed up or down with careful tweaks of monetary policy.

Sure, extraordinary times call for extraordinary monetary policy – hence zero to negative interest rates and quantitative easing since the 2008 financial crisis – but central bankers maintain the belief they can keep inflation in the “Goldilocks zone”.

That zone is inflation of about 2-3%, maintained by central banks setting monetary policy independently of governments.

In many ways the experience since the central-bank independence movement took hold has borne this out. Sort of.

Japan is the classic cautionary tale of a country that has battled to avoid a deflationary spiral, in which prices are expected to fall rather than rise, leading people to save rather than spend, thereby fulfilling those expectations.

What about too much inflation rather than too little?

In recent decades that hasn’t been a problem in advanced economies with competent, independent central banks.

But it has been a problem in countries like Zimbabwe and Venezuela, where printing money has led to hyperinflation. Similar policies in France in the 1980s and Germany in the 1990s – of a much smaller magnitude, granted – triggered inflationary outbursts that were caught just in time.

Read more: What caused hyperinflation in Venezuela: a rare blend of public ineptitude and private enterprise

The short and uncomfortable answer is “yes”.

The more nuanced answer is “yes – although it’s not very likely”. But that doesn’t mean we should act as if it can’t happen.

Aiming for the Goldilocks zone

Economies, markets and expectations can be at equilibrium in both good and bad ways.

There is a good equilibrium where inflation is in the Goldilocks zone, people believe it will stay there, and the central bank can wield monetary policy like a scalpel.

But there is also a bad equilibrium where people lose faith in inflation staying in the Goldilocks zone. Killing off an inflationary outburst then takes a dramatic hike in interest rates. Monetary policy goes from being a scalpel to a chainsaw.

Paul Volcker, the US Fed’s chairman from 1979 to 1987, wielded that chainsaw to get rampant inflation under control in the early 1980s. But there was a lot of pain involved.

Summers, Blanchard and others now worried about inflation are essentially concerned about shifting to a bad equilibrium that requires painful policy moves to remedy.

Those who are less concerned essentially think we will stay in the current good equilibrium. Some even feel that talking about it is risky – potentially contributing to inflation expectations shifting.

Whatever happens in the US, we in Australia should watch carefully, and not be complacent about our ability to fine-tune the economy.