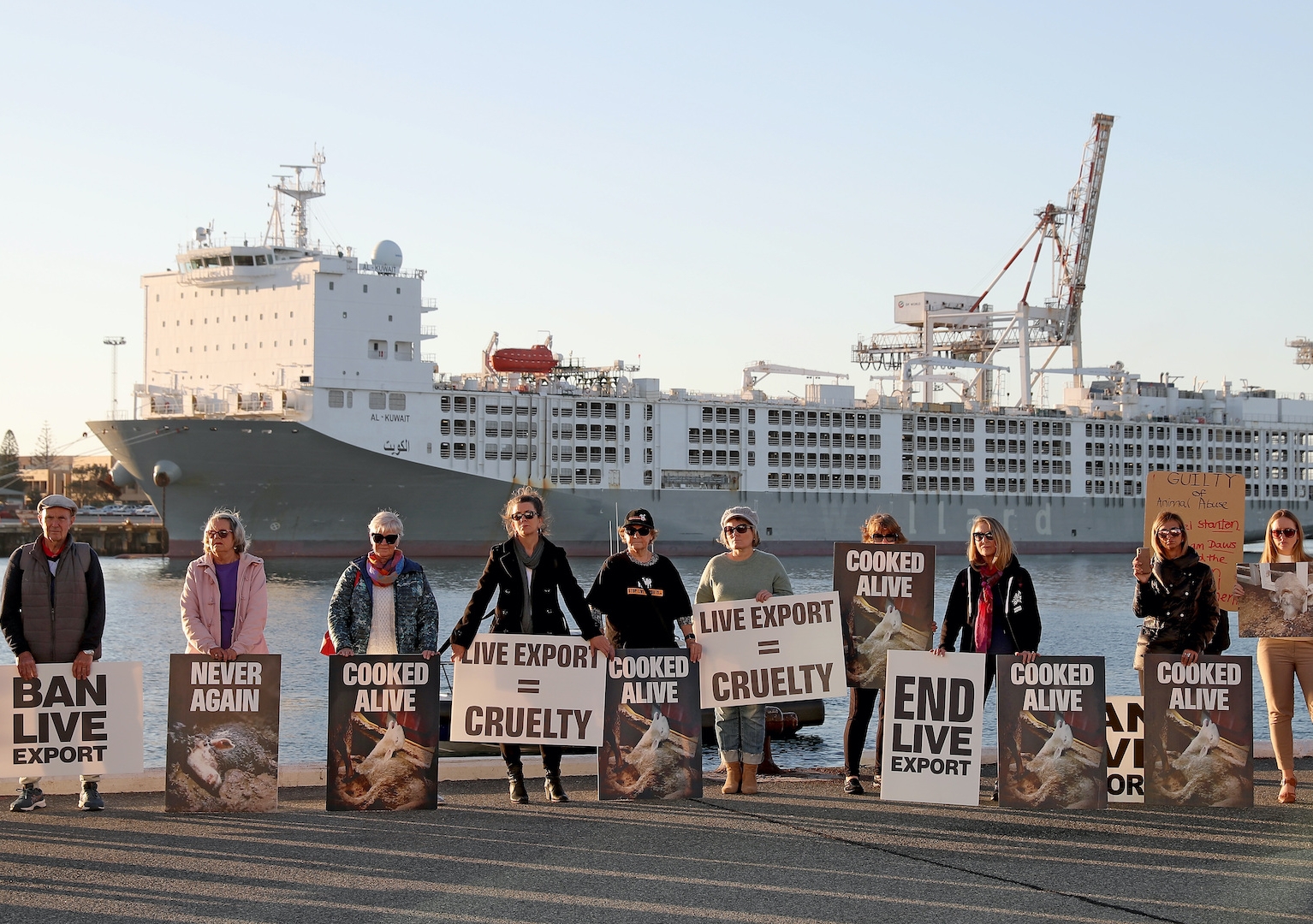 An Australian animal advocacy group is taking its campaign for greater transparency in animal-use industries from the streets to the High Court.

Last week, the Farm Transparency Project filed a case to challenge the Surveillance Devices Act 2007 (SDA), a New South Wales law that restricts the use of cameras and audio recorders on private premises. If the bid is successful, it’ll be the first time so-called “ag-gag” legislation in Australia will be challenged in the High Court.

Animal rights groups claim laws like the SDA are increasingly silencing those advocating for greater transparency around animal-use industries.

What are ag-gag laws?

The United States was the first country to pass ag-gag legislation, with a Kansas law in 1990 criminalising the act of taking covert pictures or film in animal facilities. Since then, ag-gag legislation has been introduced in most US states, and is in effect in several states.

But since 2013, pressure from animal advocacy groups has seen courts in a handful of US states strike down ag-gag laws as an unconstitutional infringement on freedom of speech under the First Amendment. 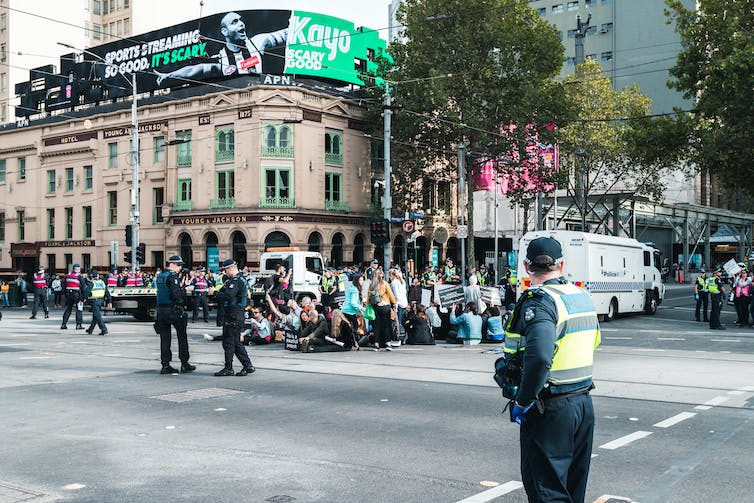 Animal welfare activists have taken their campaign from the streets to the High Court. Photo: Shutterstock

Australia has followed the trend by repurposing existing laws (such as the SDA) as ag-gag laws, or passing new and explicitly anti-animal activist laws.

The latter includes the Right to Farm Bill 2019 in NSW, which introduced harsh penalties for trespassing on agricultural land, and the Criminal Code Amendment (Agricultural Protection) Act 2019 at the federal level, which creates an offence of using, for instance, a phone or the internet to encourage others to trespass on agricultural land.

What are the activists arguing?

The first Australian animal activist to be charged under Australian ag-gag legislation — in this case, the SDA — was Chris Delforce, the executive director of the Farm Transparency Project.

Before a NSW court dismissed the charges, Delforce faced a maximum of five years in prison for allegedly publishing footage purportedly taken from intensive piggeries and abattoirs in NSW.

Unlike in the US, the Australian constitution has no explicit right to freedom of expression. In 1992, however, the High Court recognised the constitution contains an “implied freedom” to discuss political matters.

Read more: Not just activists, 9 out of 10 people are concerned about animal welfare in Australian farming

After another High Court case in 2001, this implied freedom of political communication was recognised as extending to animal welfare issues.

In the current High Court bid, the Farm Transparency Project argues the NSW law represents an unreasonable restriction on the implied freedom of political communication.

According to the group, the SDA unduly restricts this implied freedom because, unlike similar laws in other Australian jurisdictions, the NSW law doesn’t exempt material published in the public interest.

It might be argued even if animal advocacy groups are trying to bring instances of animal abuse to light, they’re not appropriately placed to do so. After all, animal industries already face the scrutiny of police and the RSPCA, bodies tasked with ensuring compliance with, and prosecuting violations of, animal welfare standards.

But, as Australians have seen over the past few years, this regulatory framework doesn’t always work so well in practice.

Recent scandals surrounding the mistreatment of animals in the live export, greyhound racing, and horse racing industries weren’t uncovered in the course of standard compliance processes. Instead, it took covert footage to capture evidence of abuses.

This, in turn, led to widespread condemnation of the industries and, finally, to formal investigations.

Given the failures in Australia’s animal welfare regulatory and compliance systems, advocacy groups are clearly playing a crucial and neglected role in revealing systemic animal mistreatment, both legal and otherwise, in a range of industries.

What have they got to hide?

The advocates’ goal to protect the implied freedom of political communication is not the only interest at stake in the High Court bid.

Take for example the largest recall of beef in US history, which occurred in 2008. Footage covertly obtained by an animal advocacy group revealed cows too sick to walk were being slaughtered, with some of the meat sold to use in school lunch programs.

Given such revelations of breaches of food safety laws in animal processing facilities, consumers have a strong interest in having access to information about how their meat, dairy and eggs are produced.

On the other hand, those working in animal facilities also have an interest in ensuring their privacy isn’t infringed by activists or whistleblowers collecting footage. 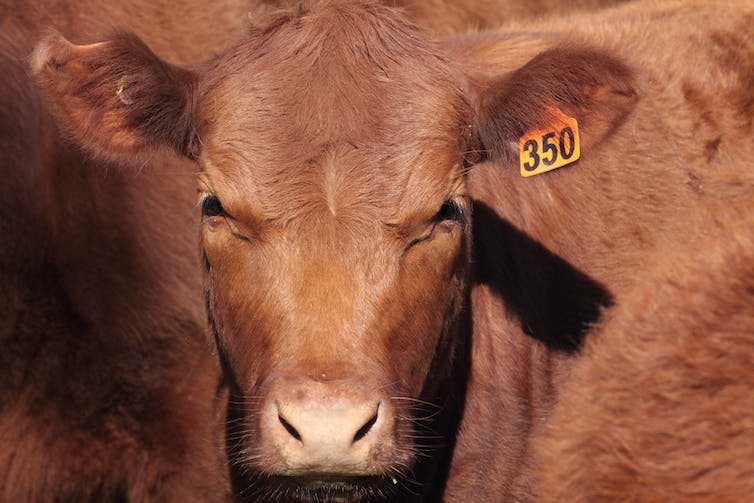 But we should differentiate between the privacy of an individual and that of a business.

Many farmers live and work on their properties. However, there’s no evidence to suggest animal advocacy groups are filming or recording footage of private homes instead of animal processing operations.

In the 2001 High Court case, most justices agreed businesses don’t have a right to privacy. Instead, they saw privacy as something associated with the notion of human dignity. In filming their business operations, farmers’ or workers’ human dignity is arguably not being infringed.

At the end of the day, these activists are filling a regulatory gap. Putting barriers between consumers and animal-use industries by criminalising the activists’ actions won’t encourage trust in such industries.

As Paul McCartney once claimed, “if slaughterhouses had glass walls, everyone would be a vegetarian”. Failing to prioritise transparency will reinforce the idea these industries have something to hide.

Rather than attempting to silence groups such as the Farm Transparency Project with laws like the SDA, animal-use industries should respond by developing and enforcing stringent standards of transparency and compliance.

Only this will demonstrate they have nothing to hide.