The sunlight that powers solar panels also damages them. ‘Gallium doping’ is providing a solution

The process of manufacturing gallium-doped solar panels was under a patent until last year. It's only now that this method has started to pick up steam. 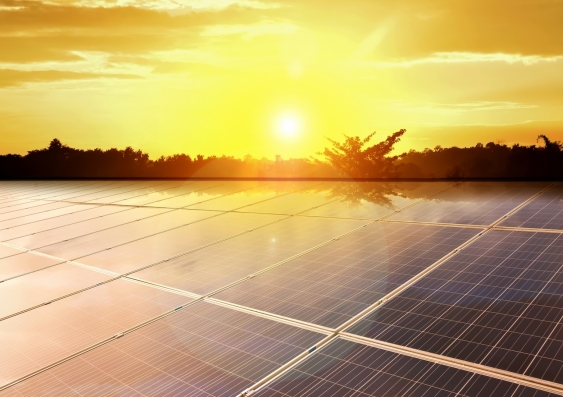 Solar power is already the cheapest form of electricity generation, and its cost will continue to fall as more improvements emerge in the technology and its global production. Now, new research is exploring what could be another major turning point in solar cell manufacturing.

In Australia, more than two million rooftops have solar panels (the most per capita in the world). The main material used in panels is silicon. Silicon makes up most of an individual solar cell’s components required to convert sunlight into power. But some other elements are also required.

Research from our group at the University of New South Wales’s School of Photovoltaics and Renewable Energy Engineering shows that adding gallium to the cell’s silicon can lead to very stable solar panels which are much less susceptible to degrading over their lifetime.

This is the long-term goal for the next generation of solar panels: for them to produce more power over their lifespan, which means the electricity produced by the system will be cheaper in the long run.

As gallium is used more and more to achieve this, our findings provide robust data that could allow manufacturers to make decisions that will ultimately have a global impact.

The process of ‘doping’ solar cells

A solar cell converts sunlight into electricity by using the energy from sunlight to “break away” negative charges, or electrons, in the silicon. The electrons are then collected as electricity.

However, shining light on a plain piece of silicon doesn’t generate electricity, as the electrons that are released from the light do not all flow in the same direction. To make the electricity flow in one direction, we need to create an electric field.

When we put the two parts of silicon together, we form what is called a “p-n junction”. This allows the solar cell to operate. And the adding of impurity atoms into silicon is called “doping”.

An unfortunate side effect of sunlight

The most commonly used atom to form the p-type part of the silicon, with less negative charge than plain silicon, is boron.

Boron is a great atom to use as it has the exact number of electrons needed for the task. It can also be distributed very uniformly through the silicon during the production of the high-purity crystals required for solar cells.

But in a cruel twist, shining light on boron-filled silicon can make the quality of the silicon degrade. This is often referred to as “light-induced degradation” and has been a hot topic in solar research over the past decade.

The reason for this degradation is relatively well understood: when we make the pure silicon material, we have to purposefully add some impurities such as boron to generate the electric field that drives the electricity. However, other unwanted atoms are also incorporated into the silicon as a result.

One of these atoms is oxygen, which is incorporated into the silicon from the crucible — the big hot pot in which the silicon is refined.

When light shines on silicon that contains both boron and oxygen, they bond together, causing a defect that can trap electricity and reduce the amount of power generated by the solar panel.

Unfortunately, this means the sunlight that powers solar panels also damages them over their lifetime. An element called gallium looks like it could be the solution to this problem.

Boron isn’t the only element we can use to make p-type silicon. A quick perusal of the periodic table shows a whole column of elements that have one less negative charge than silicon.

Adding one of these atoms to silicon upsets the balance between the negative and positive charge, which is needed to make our electric field. Of these atoms, the most suitable is gallium.

Gallium is a very suitable element to make p-type silicon. In fact, multiple studies have shown it doesn’t bond together with oxygen to cause degradation. So, you may be wondering, why we haven’t been using gallium all along?

Well, the reason we have been stuck using boron instead of gallium over the past 20 years is that the process of doping silicon with gallium was locked under a patent. This prevented manufacturers using this approach. 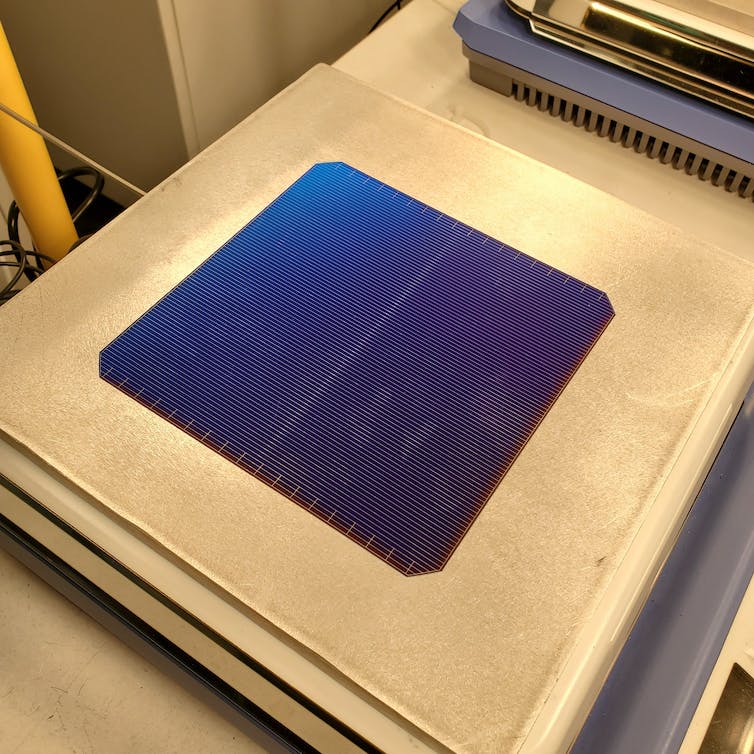 But these patents finally expired in May 2020. Since then, the industry has rapidly shifted from boron to gallium to make p-type silicon.

In fact, at the start of 2021, leading photovoltaic manufacturer Hanwha Q Cells estimated about 80 per cent of all solar panels manufactured in 2021 used gallium doping rather than boron — a massive transition in such a short time!

To find out, we made solar cells using a “silicon heterojunction” design, which is the approach that has led to the highest efficiency silicon solar cells to date. This work was done in collaboration with Hevel Solar in Russia.

Meanwhile, the gallium-doped solar cell had a much higher voltage. Our result also demonstrated that p-type silicon made using gallium is very stable and could help unlock savings for this type of solar cell.

To think it might be possible for manufacturers to work at scale with gallium, producing solar cells that are both more stable and potentially cheaper, is a hugely exciting prospect.

The best part is our findings could have a direct impact on industry. And cheaper solar electricity for our homes means a brighter future for our planet, too.

Read more: It might sound 'batshit insane' but Australia could soon export sunshine to Asia via a 3,800km cable