Fostering the future of international law 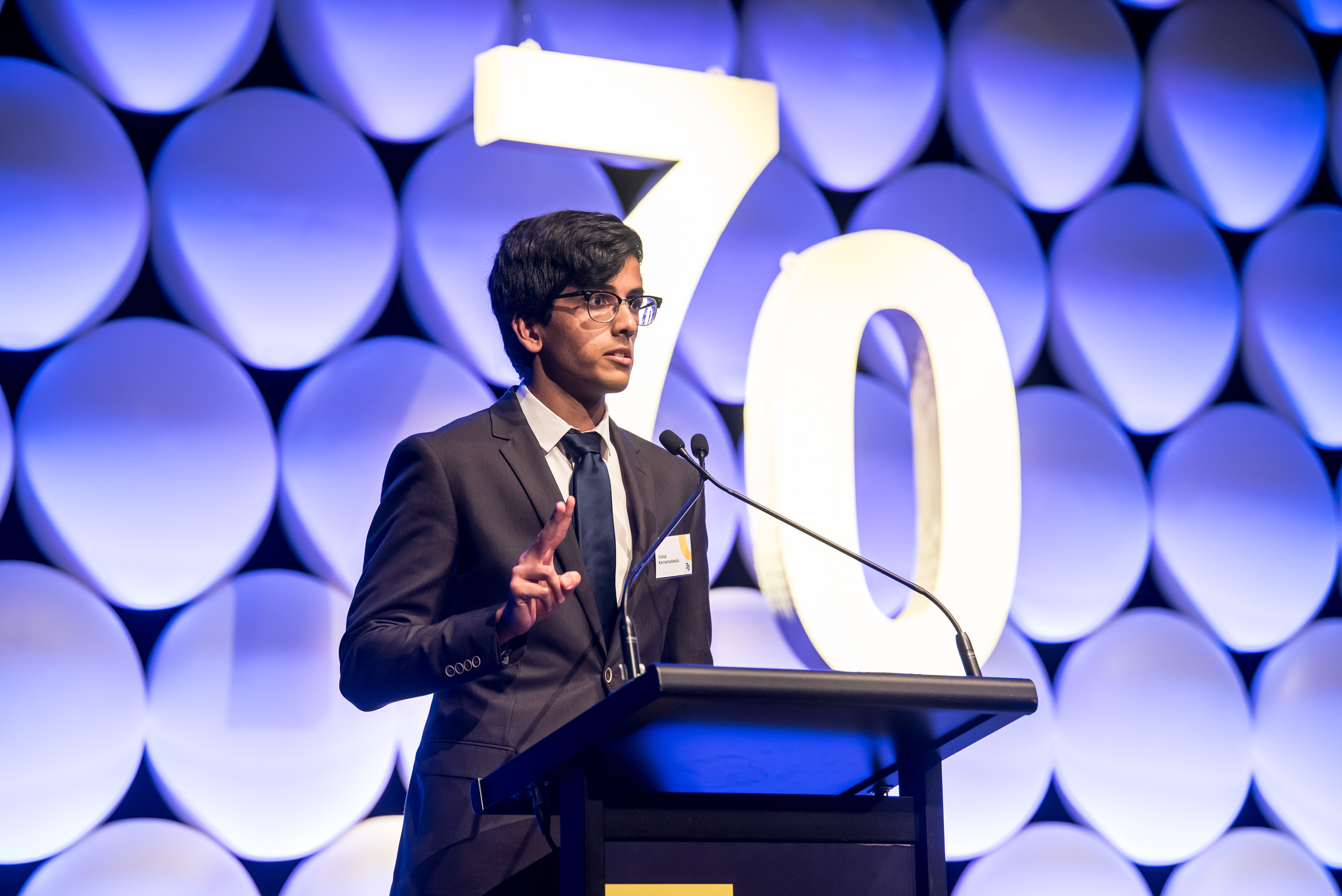 To be at the frontlines of international legal practice is to be involved in some of the most complex and stimulating work a lawyer can do, addressing issues from, environmental management and regulation of technology, to human mobility and displacement.

It’s an area of legal practice that tends to attract some of our best and brightest students, those whose drive to make a difference in the world is matched by their capacity to handle both complexity and pressure.

Vishal Karnamadakala, the inaugural recipient of the Vanessa Hardman Law Memorial Scholarship, is one of those exceptional students. Currently, in his fourth year of law, Vishal has participated in Model UN conferences around Australia, won first prize in the ‘Day of Crisis’ international law competition in Paris with fellow Law & Justice students, been selected by the Australian Department of Foreign Affairs and Trade to participate in the New Colombo Plan initiative, and volunteered at both the Welfare Rights Centre and the Refugee Advice & Casework Service.

According to Vishal, these experiences were only possible because of the relief from financial stress afforded to him by the scholarship.

“Everything that I have done, that I am proud of, originated with a small leap of faith–walking into a particular society meeting, deciding to take part in some competition, signing up for some sort of program,” he explains. “I know that students are often obstructed from taking these leaps of faith by the fear of not being able to sustain themselves, by the burden of having to take care of financial issues. But when you feel the burden of maintaining yourself financially lifted, when your family feels just that little bit more liberated, then the smallest decisions, the smallest leaps of faith, that occur on a day-to-day basis, cascade into the largest and most incredible experiences that you will have.”

The scholarship that has enabled Vishal’s student career to date was named in honour of outstanding lawyer and UNSW alumna Vanessa Hardman, herself a vital part of the international legal community. As a partner at law firm Allen & Overy in London, she provided exceptional advice and service to clients operating in increasingly regulated and complex global financial markets. She was a highly respected professional, an avid mentor and an active contributor to transnational legal teams who also made time to volunteer as a Director of the UK Foundation of UNSW Australia. When she passed away in 2016 following a long battle with breast cancer, her loss was deeply felt not only by her family and friends but by colleagues around the globe.

Friend and fellow UK Foundation of UNSW Australia Board member and UNSW alumna, Paul Koffel, a partner at London-based Coller Capital, remembers Vanessa as dynamic and inspirational. “Vanessa was someone who absolutely lived life to the full and achieved so much. She was also very engaged with the need to increase opportunities for others,” he says. “I was always struck by her energy and her incredible optimism.”

As Chair of the UK Foundation of UNSW Australia, Paul worked with Vanessa’s husband, Dominic Spacie, her mother, Lesley, and her sister, Melanie, to establish the Vanessa Hardman Law Memorial Scholarship. The scholarship aims to foster the development of the next generation of international lawyers, providing financial support to selected UNSW Law & Justice students to pursue international legal careers. It contributes to the everyday costs of study and student life throughout their degrees and can be extended to help cover some of the expenses associated with an international exchange program in the UK in the final year of study.

Since its launch in 2017, the scholarship has been supported by the activities of the UK Foundation, including an annual fund-raising fun run which has been generously matched, dollar for dollar, by Vanessa’s old firm.

“The family and I have been humbled by the generosity of the many donors and the support of Allen & Overy, both during Vanessa’s six-year cancer battle and after her death — including the support of her former colleagues pounding the streets of London in the annual memorial run,” says Vanessa’s husband, Dominic.

Increasingly, the scholarship fund is also attracting direct donations from a growing community of benefactors across Europe, the USA and Australia. As funds grow, the potential for the scholarship to give even more promising young students access to transformative experiences during their time at UNSW grows, too.

“Every highlight and achievement of my tertiary studies can be traced back, in some way, to some effect of the scholarship, like an avalanche traced back to a snowflake,” Vishal observes. “I am perpetually grateful for its impact, and I hope many more students can benefit from the kind of financial support which I have been so lucky to receive.”

You can donate to this scholarship here: Vanessa Hardman Scholarship.