Why should financial regulators worry about exorbitant house prices?

Regulators need to take action to prevent older Australians from borrowing against their superannuation to upgrade their housing and help rein in unsustainable property prices. 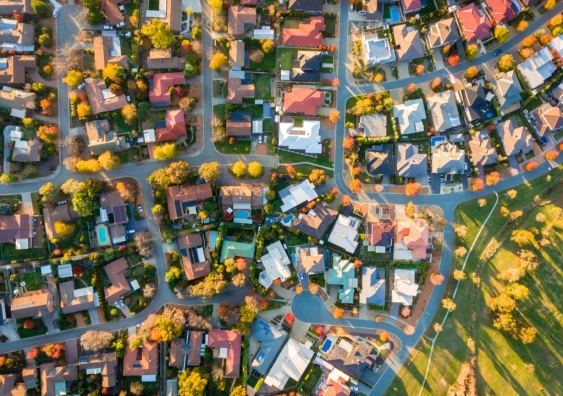 Older Australians have an unfair and potentially short-sighted advantage in being able to draw on their superannuation in order to fund property purchases and loans, said Anthony Asher, Adjunct Associate Professor in the School of Risk and Actuarial Studies at UNSW Business School.

He said there are a number of important and often overlooked regulatory considerations in the well-publicised debate about whether those without housing should be able to access their superannuation savings to buy a home.

“One argument against this access is that the increase in demand will drive prices higher. Less well known is that about one quarter of the lump sums paid by superannuation funds at retirement are used to repay mortgages,” said A/Prof. Asher.

“One reason is that banks willingly give 30-year mortgages to older borrowers, even to those in their sixties. (I know, I was given two mortgages last year to be repaid finally before my 96th birthday.)

“To my knowledge, this is never mentioned in debates around house prices even though it is likely to push prices higher. I have also never seen this linked to the perverse incentives created by the exemption of the home from the asset test for the Age Pension.”

The numbers appear to be significant, said A/Prof. Asher, who cited Australian Prudential Regulation Authority (APRA) statistics that suggest about $15 billion is taken from superannuation lump sums each year (although other estimates are on the smaller side).

On the banking side, he said calculations from ABS statistics suggest that a quarter of new loans are to those who already own a dwelling and are between 45 and 65.

“They are taking smaller loans than younger people, but rough calculations suggest that loans to this age group would be up to $70 billion each year.

“If these loans had, instead, to be repaid by the age of 65, the amount borrowed could be smaller by as much as $30 billion. This could perhaps mean a 10 per cent reduction in loans made each year,” he said.

Excessive lending to older borrowers is economically unreasonable in that it contributes to financial instability, A/Prof. Asher said.

“One needs to accept that banks are only capable of making 30-year loans and funding them by short term deposits and savings because the government is prepared to intervene in liquidity crises. The 2008 crisis brought this home, and we still have the guarantee of $250,000 on deposits to remember it,” he said. 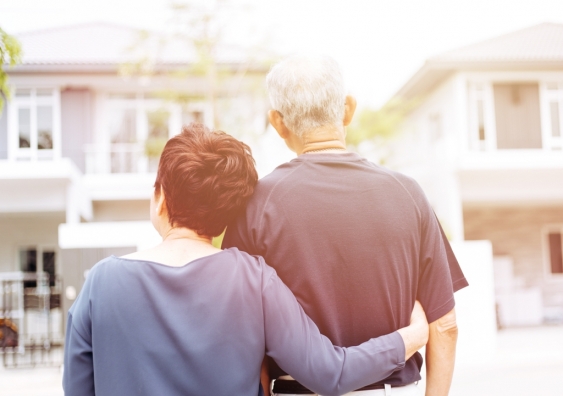 Banks willingly give 30-year mortgages to older borrowers, even to those in their sixties. Photo: Shutterstock

A/Prof. Asher said the theories of economist Hyman Minsky perhaps offer the most insight on this question. Minsky distinguished between normal finance, which is repaid by instalments of capital and interest, and speculative finance, where the borrower can only afford the interest.

“He also added Ponzi finance, where the borrower could not even afford the interest, but we are not there yet – I hope,” said A/Prof. Asher.

Minsky’s theory was that in times of financial stability, banks became tempted to drift into speculative finance, and this leads to financial crises. On this theory, regulators should require individual borrowers (owners and investors) to repay their debt before they are likely to stop working.

“Investment properties might still have some debt outstanding but should be cash flow positive. To be clear, it is not speculation that is so much of a problem, as speculation with other people’s money,” A/Prof. Asher said.

Because this is the case, A/Prof. Asher said regulators have a responsibility to put limits on long-term borrowing.

“It can be argued that higher house and unit prices appear to be good for the economy because owners are likely to spend some of the increase in the short run. But where does the money come from?

“Ultimately from the pockets of those who will eventually buy the dwellings from them. And the buyers’ spending on other things will be crimped for their entire lifetimes,” said A/Prof. Asher.

“And this clearly is what makes it unfair to younger generations – young children and their parents currently living in cramped conditions.”

The ABS estimates that more than 300,000 families with children need another bedroom, while 1,200,000 couples with no children at home have three or more spare bedrooms.

“Every small push to undo the perverse rules and incentives that lead to this unequal distribution would be worthwhile,” said A/Prof. Asher.

The relevant regulatory powers largely reside with APRA, which sets standards for banks and superannuation funds. The main tool used by APRA in this process is capital requirements, but A/Prof. Asher said it can be more directly prescriptive.

Even though APRA has argued that it is “not our job”, A/Prof. Asher said there are theoretical and practical reasons why APRA should respond.

“There is no need for new legislation for APRA to act. Its mandate includes financial stability but also enforcing the sole purpose test for superannuation funds. It is not clear that 95-year-olds can repay mortgages unless they are using their super. On both counts, it can intervene – and should do so immediately,” he said.