Canada is offering to resettle 20,000 Afghan refugees, including women’s leaders and journalists. Why has Australia so far been unwilling to make the same declaration? 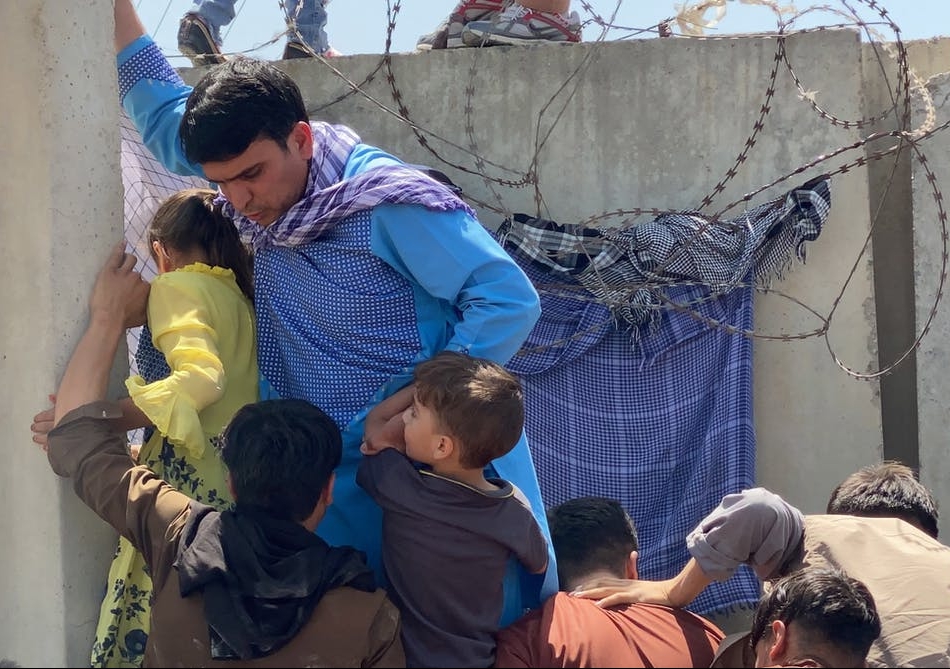 Just hours after the Taliban takeover of Afghanistan, Australia joined the international community in calling for the “safe and orderly departure of foreign nationals and Afghans who wish to leave the country”.

The scenes at Kabul airport yesterday were far from orderly, though US forces are now reportedly working to secure the airport so evacuation flights can resume.

If safe departure for Afghans can be coordinated, then it must be a transparent and flexible process — one that is additional to other pathways. And it must begin now.

Canada has already moved quickly, announcing it will resettle up to 20,000 women leaders, journalists and human rights activists who have fled Afghanistan, in addition to the evacuation of former locally-engaged staff.

A “path to protection”, as the Canadian government has called it, has been long overdue for many in Afghanistan who were associated with Australia or other foreign governments, such as interpreters and embassy staff.

Some have waited for years, stymied by overly strict eligibility criteria (a previous Canadian program was only open to those employed for 12 consecutive months).

Australia, Canada, the US and many European nations have decades of experience in offering special visa schemes for asylum seekers in circumstances such as this.

These processes allow people who are at risk of persecution or other serious harm – but are still in their home countries – to enter another country for the purpose of accessing protection under international refugee and human rights law.

The US, for example, settled more than half a million Vietnamese this way following the Vietnam War, as well as thousands of locally engaged staff from northern Iraq in the mid 1990s. In recent years, Australia has used this visa model – known as “in-country processing” – to settle Yazidi refugees from Iraq.

Australia’s “in-country” visa process has rarely been quick, but applications from some former employees in Afghanistan have dragged on despite dedicated lobbying from Australian Defence Force veterans.

Just days before the Taliban victory, for example, former employees of the Australian embassy in Kabul sent a letter to the Australian government, describing the persistent bureaucratic hurdles and long delays they have faced in applying for Australian visas.

And in recent years, some former employees of foreign governments were forced to flee Afghanistan rather than wait for formal protection visas, leaving them in limbo abroad and at risk of deportation home.

These processes should be transparent from the start. Would-be refugees need to know how the application process will work — and how long it will take — to decide if it is the best option for their circumstances.

Australia must expand its humanitarian uptake

The Australian government has said it will evacuate some Afghans from the country when “the situation allows”.

But any visa process must be flexible enough to include Afghan graduates of Australian universities who returned home – and have since received death threats – as well as family members of staff who have already left the country.

Former interpreters in the United States and Australia have struggled to obtain visas for their loved ones.

The Asia Pacific Network of Refugees and the Refugee Council of Australia have both called on the Australian government to offer asylum to others in Afghanistan, especially “women and children at risk as well as other human rights defenders in grave danger”.

This would mean expanding Australia’s resettlement program to admit more Afghans beyond the humanitarian intake of 13,750 people already planned for 2021-22. Canberra has done this before.

As Sitarah Mohammadi and Sajjad Askary, Melbourne-based deputy chairs within the Asia Pacific Refugee Rights Network and members of the Hazara ethic minority from Afghanistan, have recently argued, Australia offered 12,000 places for Syrians in 2015. They said,

A similar scheme can be established for the most persecuted and high risk groups, such as the Hazaras, who are already at risk of mass atrocities.

Helping Afghans who flee across borders

Of course, a dedicated safe and orderly departure program may depend on the tacit consent of the Taliban. In the current context, safe departure will be extremely difficult for applicants who are not already in Kabul, or who are on the run or in hiding from the Taliban.

To be meaningful, then, efforts to secure safe and orderly exit must never replace other avenues through which people fleeing Afghanistan may seek international protection.

Australia’s refugee program should also be opened to the thousands of Afghans currently stuck in Indonesia. Young people and families have been waiting there for years for a resettlement place abroad. Many are in desperate circumstances, as one family told the BBC:

We registered ourselves with the [UN High Commissioner for Refugees] in 2015. But we’ve not been contacted since then. We have been forgotten.

Some have even contemplated trying to reach Australia again by boat, according to a report today. 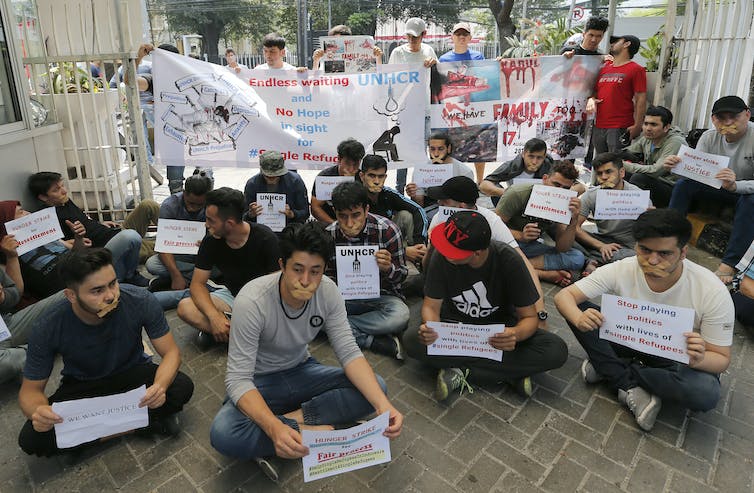 Refugees stage a protest outside the UNHCR representative office in Indonesia in 2019 against Australia’s freeze on resettlement out of the country. Tatan Syuflana/AP

In Australia, the Asia Pacific Network of Refugees has also called on the government to protect Afghan nationals already living in this country.

This would include granting permanent protection to the more than 4,000 people who have already sought asylum in Australia and are living on temporary visas. This prevents refugees from reuniting with family members and forces them to live with the threat of deportation hanging over their lives.

According to Zaki Haidari, an ambassador for the Refugee Advice and Casework Service in Sydney and a temporary visa holder, the Taliban takeover proves

Foreign Minister Marise Payne said today all Afghan citizens who were in Australia on a temporary basis would be supported by the government, adding

no Afghan visa holder will be asked to return to Afghanistan at this stage.

The words “at this stage” fall well short of Australia’s moral and legal obligations to Afghan refugees, and provide little comfort to temporary visa holders. With a range of options to expand protection for people at risk both within and outside Afghanistan, the Australian government must stop attaching qualifiers to its response, and start acting decisively and with humanity.