UNSW Professor Johannes le Coutre has warned that current food production and consumption cannot continue if we want to reduce world hunger – and help save the planet. 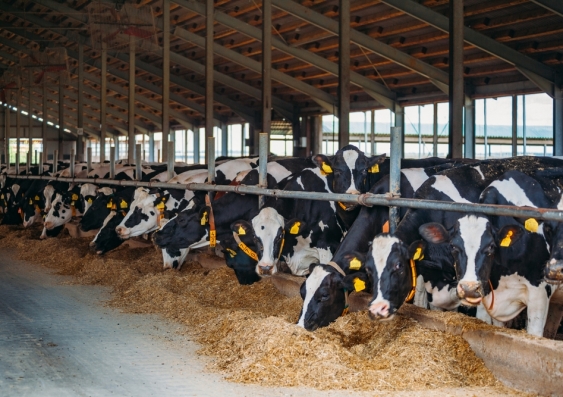 The global food system could be pushed to breaking point unless major changes happen in the next 20 years.

That’s the view of food and health expert Professor Johannes le Coutre, from UNSW’s School of Chemical Engineering, who says a major reduction in meat consumption is not only more environmentally sustainable, but could also help to reduce the impact of climate change.

Professor le Coutre took part in a discussion on The Future of Food as part of a Centre for Ideas event at the start of National Science Week.

He says that reducing traditional meat consumption will have a dramatic and beneficial effect on the planet, given the fact that livestock systems are currently estimated to be responsible for around 14 per cent of global greenhouse gas emissions – compared to an estimated 2 per cent for the aviation industry.

And with the world’s population predicted to grow by around 1 billion within the next two decades, trying to feed so many people in the same way we do today will simply not be possible.

“We can look at health, and the role that food plays, in terms of three pillars – individual health, planetary health and economic health. And they are all intertwined,” Professor le Coutre says.

“As part of that we need to look at climate change, at sustainability, at biodiversity and also how food impacts on our individual health.

“Meat consumption clearly is a significant culprit on a global scale, which is linked to massive feed production and the use of arable land and water to keep all that livestock alive and growing to meet the demands of our current food system.

“The figures don’t add up, especially when the estimates are for 9 billion people on the planet in 20 years or so. We already have 800 million people who are going to sleep hungry each night, and 110 million people globally who are suffering from acute hunger.

“Some people say the food system right now is broken. I don’t believe it is, but we will certainly be breaking it if we just continue doing things the way they were done in the 20th Century.”

Novel meat and meat substitutes on the menu

Professor le Coutre says the main goal in terms of the future of food is to ensure that everyone on the planet has access to good quality nutrition, with hunger levels dramatically reduced or even eliminated completely.

He is a leading researcher in cellular agriculture – that is the process by which meat can be produced in food-grade facilities using cells taken from animals without killing them. The process is not limited to food only. Other products such as collagen or leather are also within the scope of potential products.

Cell-based meat could be the key to revolutionising not only our diets, but also the entire farming system given the fact that over 1 billion tonnes of animal feed has to be produced every year just to ensure current global meat demand is met.

Prof. le Coutre does not think that mammalian based meat consumption will ever be totally replaced, and he predicts that other organisms such as insects can become an increasingly important sources of protein for people across the planet in the decades to come.

“I do not think we will ever totally eliminate traditional animal-based meat – that will always be in our food system, and in our supermarkets and on our plates. And that’s OK, because we all need to be eating a balanced diet.

“But it needs to be at a much higher price point, like $25 for a real animal steak rather than $12 currently,” he says.

“In the future, our shops will sell a more diverse selection of products including animal-based meat, plant-based meats and cell-based meats, but this will not happen overnight.”

“This change in the foods we eat could be absolutely historic, and we are in the transition period right now. If we have a meaningful representation of cell-based meat on our supermarket shelves in 5-10 years, then that would be a really good result.

“In 20 or 30 years, if we start to see a dent in the consumption of animals, then again that will be a big success. But it will go slowly.” 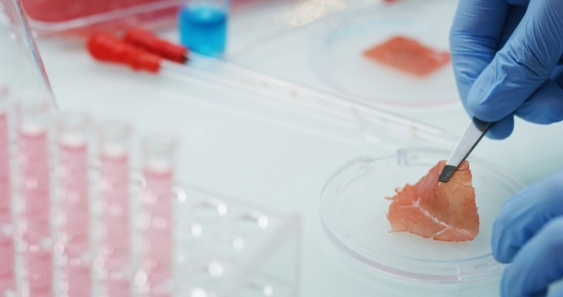 Professor Johannes le Coutre is a leading research at UNSW into cellular agriculture, which produces meat and other by-products using cells taken from animals without killing them. Image from Shutterstock

Although research and development of slaughter-free meat has already produced some exciting results, one of the major hurdles to overcome is fully commercialising it.

“The big issue for cell-based meat is one of scaling, and also of cost. How long is it going to take to produce 1kg and what is the price going to be?” Prof. le Coutre says.

“The final product needs to be able to compete with traditional animal-based meat in terms of cost, otherwise consumers are always going to choose the cheaper option.

“But it’s really important that the traditional meat industry is not scared and alienated by all these new concepts and technologies. There will always be beautiful Wagyu beef and Porterhouse steaks and that’s great – as long as the price point is appropriate.”

One of the near future innovations is the commercial production of insects as food – touted as being high in nutrition, as well as rich in protein, omega-3 fatty acids, iron, zinc, folic acid and vitamins.

“Some people might think insects are horrible and they could never eat them,” Prof. le Coutre says.

“But insects are one of the four classes that make up the group biologists call Arthropods, and one of the other classes in the group are crustaceans – that is prawns and shrimps and crabs and lobsters, which many people happily consume.

“So, if people think of it in that way, the ‘yuck factor’ is gone and there is definitely potential for increased consumption of insects in global diets.”