Vital Signs: If you want predictions, ask an astrologer. Economists have better things to do

Ironically, it is the “ivory-tower” economists who tend to do the most interesting, and valuable, work. 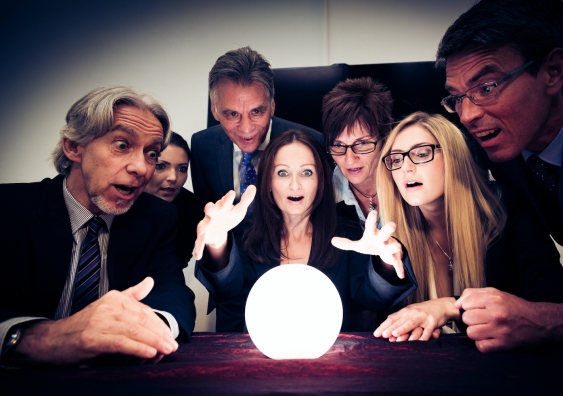 If you ask most people what economists do, they might tell you it has something to do with money. Or perhaps forecasting what the economy will look like a year from now. Most of the other comparisons would be less charitable. I’ve heard plenty that can’t be printed.

The reality is very different.

For example, my UNSW colleague Pauline Grosjean and her economist co-authors published a paper in 2020 that asked “can heroes legitimise strongly proscribed and repugnant political behaviours?” and answered the question using recently declassified intelligence data on nearly 100,000 soldiers serving under French Field Marshall Philippe Petain at the battle of Verdun in 1916.

It turns out the home municipalities of these soldiers ended up producing 7% more Nazi collaborators during the Petain-led Vichy government from 1940-44.

While there are “market economists” whose job it is to try to produce credible forecasts, academic economists largely use an economic lens — and often very rich data sources — to understand and describe the world in which we live, and how to improve it.

Ironically, it is the “ivory-tower” types who do some of the most interesting work — on a range of social and economic issues that might surprise you in its breadth.

As is often the case, social media has amplified misunderstandings about the role of economists and laced it with a good dose of bile. In reaction to this misconception, prominent economists in Europe and the United States began tweeting about #whateconomistsdo.

If you check out that hashtag you will see an avalanche of academic papers on all sorts of interesting topics. What they have in common is the use of economic theory to inform analysis of incredibly rich data to answer big, social-scientific questions.

Think of things like supply and demand, when and why markets are an efficient way to allocate resources, how asymmetric information can lead markets to break down, and the role of innovation and capital accumulation in driving economic growth.

Economic theory of this kind is incredibly important and influential. But most of what most economists do most of the time, involves working with data.

As I wrote in June (in discussing teenage driving accidents), empirical economics is basically about the so-called “identification problem” — figuring out how to identify the true causal effect of a policy intervention.

Developing and applying a set of empirical techniques to do this is what MIT economist Joshua Angrist has called “the credibility revolution”.

I personally prefer the term “identification revolution”. It’s an important part of what many of us teach in undergraduate economics classes, but with applications to political science, law and other fields beyond economics.

It’s a “revolution” because scholars have developed ways to credibly identify the causal effect of all manner of policy interventions. That allows us researchers to provide sensible policy prescriptions based on empirical evidence.

Each of these are policy-relevant topics where economists have brought modern techniques and good data to bear. This, in turn, provides useful, factual input into important political debates.

What to ask economists

It has been suggested that economics isn’t very useful because, for example, few economists predicted the financial crisis of 2008, and forecasts of things such as GDP, unemployment or house prices are usually pretty lousy.

It’s true that economic forecasting is a mug’s game. In the words of that great line typically attributed to American baseball legend Yogi Berra, it’s tough to make predictions, especially about the future.

So if you want to know what the dollar will be worth two years from now, the best answer is probably “whatever it is today”. If you want to ask anyone, ask an astrologer, not an economist.

But since the identification revolution, economists around the world have contributed to a vastly richer understanding of important public-policy questions by combining rich data with clever empirical methods.

It also makes for much more interesting dinner party conversation than macroeconomic forecasting.