What is the real impact of COVID-19 on our mental health?

A new research review suggests people’s psychological immune system is strong enough to overcome the impacts of the COVID-19 pandemic. 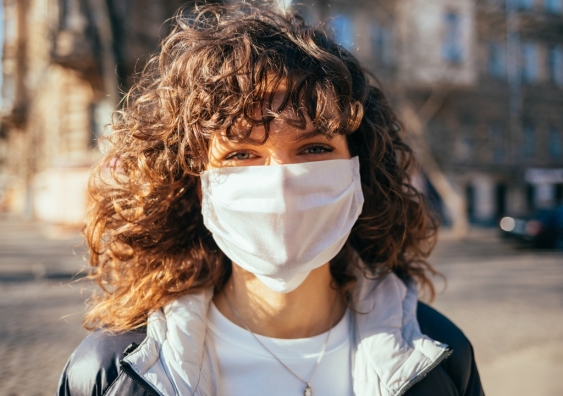 It’s now been about one-and-a-half years since COVID-19 threw the lives of many worldwide into varying levels of chaos. From the immediate interruption of our daily lives, with people needing to comply with lockdowns and social isolation, to worries about getting ill and following health guidelines and concerns about family members being sick and hospitalised, the mental stresses and strains upon people have been significant.

Additional pressures of closed borders and families not being able to see each other for more than a year, job losses, have shuttered businesses, home-schooling and “the general unpredictability of it all” only compound mental stresses and strains, says Frederik Anseel, an organisational psychologist who serves as Professor of Management and Senior Deputy Dean (Research & Enterprise) at UNSW Business School. “For most of us, COVID-19 was the biggest disruption to our lives we’ve ever experienced, and we’ll ever experience,” he says.

Further, our understanding of the pandemic and how it unfolds has often changed every week. Prof. Anseel observes that even senior leaders and policymakers got their predictions and measures wrong several times, which led to their backtracking re-implementing health measures they swore to never put in place again.

“In short, it was and still is a global mess that directly intervened in people's personal lives and disrupted how we live, work, learn, thrive and function as families. No wonder then that studies have observed a similar pattern across the globe, namely a significant rise in anxiety, depression and psychological distress during the early months of the pandemic,” says Prof. Anseel. 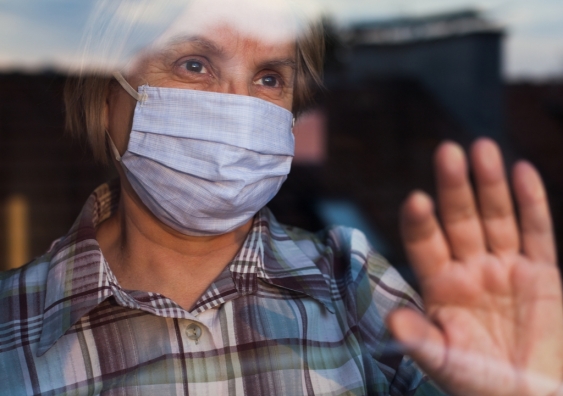 A review of research

However, the long-term mental health effects of COVID-19-related impacts, restrictions and lockdowns could be less problematic than initially feared, finds a new review study of The Lancet’s COVID-19 Commission Mental Health Task Force – which is due out in the next couple of weeks. The task force's job is to quantify the pandemic’s psychological effects, and they reviewed almost 1000 studies that took in a sample base of hundreds of thousands of people from nearly 100 countries.

The review focuses on research that measures many mental health-related conditions, including anxiety and depression and deaths by suicide. “The Lancet’s COVID-19 Commission Mental Health Task Force consists of leading academic wellbeing experts across the globe. By surveying studies across the world, they’re aiming to see robust patterns of what has been common across the world,” says Prof. Anseel, who shares five key observations of the review below.

Media commentators, experts and academics almost uniformly predict a “perfect storm” for mental health: a health crisis plus an economic crisis, minus the normal human connections and support which fell away because of social distancing and other restrictions. “The expectation was that we would not only see an epidemic of COVID-19 infections but also of mental health problems,” says Prof. Anseel.

“For instance, in our own paper, COVID-19 and the workplace, we predicted that social distancing and loneliness would have marked effects on mental health. Now, this recent review shows that this has certainly happened. There was a clear pattern across the globe of an increase in anxiety, depression and psychological distress during the early months of the pandemic.” 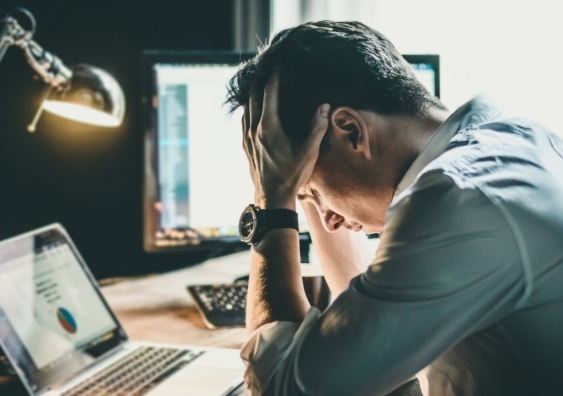 People experienced an increase in anxiety, depression and psychological distress during the early months of the pandemic. Photo: Image

However, this initial increase in distress waned relatively rapidly, as people became used to living in unusual times, up to the point that average levels of distress seemed to almost return to pre-pandemic levels. “Apparently, people find ways to cope with all the turbulence and developed new routines, new ways of thinking and new ways of living, finding and giving social support,” says Prof. Anseel.

“That is pretty remarkable, given how pervasive and long-during the pandemic is and how fundamentally we had to change our normal routines. We need to be careful because it’s early days, but this sort of resilience suggests that people have quite a strong psychological immune system that helps them adapt to adversity and rebound.”

A similar pattern of resilience appears in other mental health indicators, such as suicide rates, life satisfaction, social connection and loneliness. They all remained largely stable throughout the first year of the pandemic, says Prof. Anseel, who tentatively suggests this indicates high levels of resilience in the general population.

However, he notes caution is needed when it comes to interpreting such average findings.

“Average can hide underlying differential effects. And we indeed see evidence that the pandemic has brought pre-existing inequalities in psychological distress to the foreground,” he says. For instance, individuals who self-identify into the following categories have reported higher psychological distress under COVID-19: female (versus males), member of a minority or marginalised racial group, living in urban (versus rural) areas, those in the lowest income quintile (versus other income quintiles), unemployed or inactive (versus employed), living without a partner (versus living with a partner), or having pre-existing health risks (versus not).

“The pandemic has also introduced new profiles of risk, with younger individuals, females, and those with children under the age of five years showing the largest increase in psychological distress,” says Prof. Anseel. “An important caveat here is that most studies have been conducted in Western countries, so we don’t know if the findings generalise to countries where no studies have been conducted. Also, we are still in the midst of a pandemic; it is perhaps a bit premature to draw any firm conclusions at this stage.”

Overall, the ongoing data reported in Australia seems to align relatively well with the new review study from The Lancet’s Commission Mental Health Task Force. “We do see a new wave of mental health distress in response to the recent lockdowns,” says Prof. Anseel, who cites Australian Bureau of Statistics data, which finds one in five Australians report high levels of psychological distress. Furthermore, young people, women and those living with a disability seem the most affected by poor mental health.

The ABS data is not dissimilar to research by the Black Dog Institute and UNSW Sydney, which finds more than 28 per cent of Australians reported their mental health and wellbeing was impacted to a level found to be ‘clinical’ or at ‘at risk’.

“However, in terms of long-term impacts, it remains to be seen how well general mental health in the population recovers,” says Prof. Anseel. “The global findings seem hopeful that, as the normal life resumes, most people recover relatively well. But again, we need to be mindful for groups in the population that are hit harder than others or have pre-existing risks.”

For example, he cites international and local research, which finds young people coming into the job market during an economic crisis may experience a scarring effect for years to come – meaning that their employment position remains worse than similar/other generations before or after them. 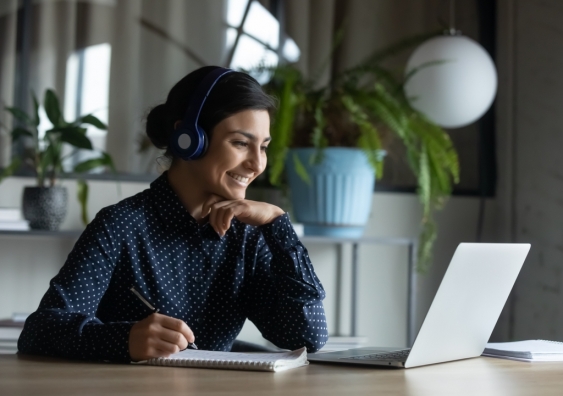 Prof. Anseel’s research on stress, burnout and psychological immunity shows people are incredibly resilient in adapting to adverse circumstances. “I’m always a bit cautious about looking into my crystal ball,” he says. “My long-term expectation is that people will generally recover quite well and that our mental health levels will regain our pre-pandemic levels. I do not expect pronounced scarring effects of this pandemic for the general population.”

However, it is important to note this is not in any way dismissing the actual suffering that is happening. “People who have lost loved ones, who have lost jobs, who needed to leave the country or wanted to but could not visit their families – their suffering is very real and not something that will be easily forgotten. We also need to pay particular attention to subgroups in the population that suffered more than others,” he says.

As such, Prof. Anseel says the recommendations of the COVID-19 commission mental health task force are quite important: “we need to more systematically screen for and monitor a range of short and long-term mental health dimensions among COVID-19 survivors and close relations. I’m not sure if we’re doing this diligently enough. Many businesses report mental health issues in their workforce as a major problem,” he says.

What we need is better, large-scale data to understand the nature, treatment and long-term consequences of COVID-19’s impact on mental health – especially as it unfolds over the long term. While people's lives and ways of living and working have changed, Prof. Anseel says it is important to understand the consequences for individuals and how companies organise work.

Citing research around mindfulness and employee engagement, he says governments and employers will want to look into other ways to tailor mental health resources and interventions to their staff members and their families. “These will include existing mental health care support, online mental health support but more importantly also more holistic wellbeing promotion and healthy work and lifestyles,” he says.