What lies beneath: lake sediments show link between climate change and bushfires in Aussie Alps

Sediments in a lake near Kosciuszko may hold clues to conservation strategies amid rising temperatures and more frequent bushfires. 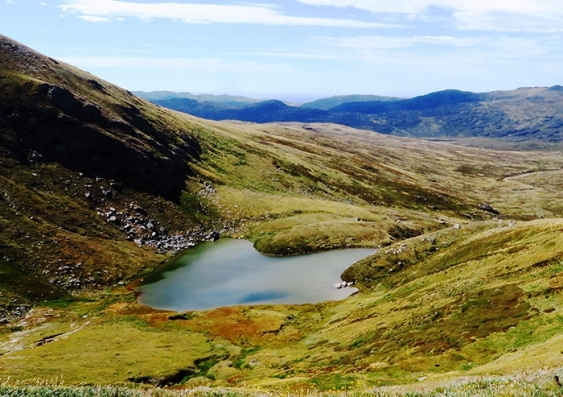 A small lake just five kilometres from the peak of Mount Kosciuszko has given scientists the best indication yet of the link between rising temperatures, loss of native plant species and more frequent fires in the Snowy Mountains.

In a study led by UNSW Sydney, climate scientists, biologists and engineers studied a core sample from the bottom of Club Lake that gave them a snapshot of the climate and environment in the area over the past 3500 years.

They were surprised to find that in the gradual increase of temperatures over this period, there was a dramatic warming event 1600 years ago that lasted about six centuries. It was characterised by an increase in regional fire activity and a shift of vegetation to higher altitudes.

What makes this climactic anomaly interesting is that it bears striking similarity to today. Not only are temperatures today rising at similar rates, but native plant species are moving to cooler, higher altitudes while bushfires are becoming more frequent and devastating.

Study lead author Dr Zoë Thomas says the insights from the past can help governments, environmental agencies and scientists come up with effective strategies to protect the native plant species of the Australian Alps – now under threat from climate change and more frequent bushfires. 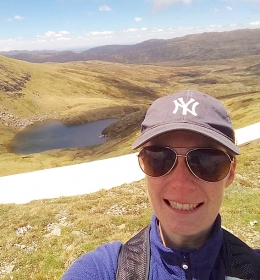 Dr Zoë Thomas was surprised to find evidence of a warming event 1600 years ago buried in the core sediments extracted from Club Lake. Photo: Zoë Thomas

“When the climate suddenly warmed about 1600 years ago, we saw a decline in alpine plants like herbs and shrubs and an increased abundance of trees, particularly eucalyptus, which also coincided with more fire activity,” says Dr Thomas.

Today, temperatures are expected to rise at least 1oC while snow cover will substantially diminish over the next two decades, which Dr Thomas says puts the area on a similar trajectory to 1600 years ago. But this time around the area has had the added stress of more than a century of grazing and in recent times, the impact of tourism.

“Rising temperatures could result in the extinction of alpine species, including several endemic to the area,” she says.

One such example is a type of snow daisy – Craspedia costiniana – commonly known as ‘Billy-buttons’, which are noticeable for their vibrant yellow rosette of tiny flowers.

“As the temperature warms, tree lines move to higher elevations, shifting the alpine species higher still. But at some point they can go no higher – they’re basically squeezed out of their niche, and it’s not just plants but animals too which are affected.”

By reconstructing the climate, environment and bushfire activity of the last 3500 years, the researchers were able to identify the potential fire and vegetation responses that may occur in the future in these vulnerable alpine areas.

“You only need to look at the bushfires that swept through some of these regions a little over a year ago to get a sneak peak of what’s to come,” Dr Thomas says.

“We will need ongoing conservation efforts to protect these vulnerable alpine environments from the combined threats of climate change, fire and invasive species.” 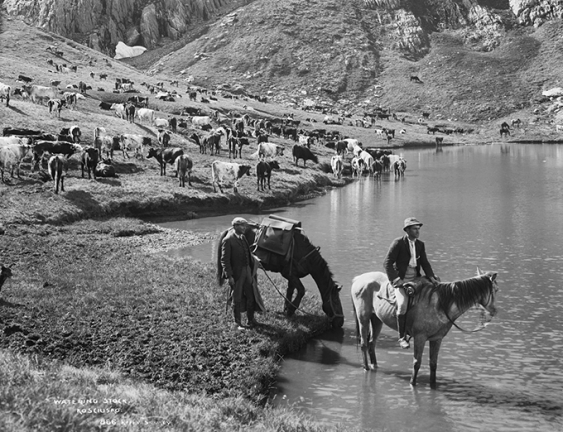 Cattle grazing at the edge of Club Lake. Grazing was banned in Kosciuszko National Park from 1967. Photo: Tyrrell Collection. Museum of Applied Arts and Sciences

Restoration programs over the last half century have aimed at revitalising the natural vegetation in the Kosciuszko National Park following the effects of grazing – finally banned in 1967 --  and the environmental damage caused by the Snowy River Hydro-Electric scheme. More recently, the federal government has thrown $3.4m towards recovery from the bushfires.

But Dr Thomas says it’s a delicate balance to restore and protect an environment when you have the added impacts of increased tourism and invasive plants.

“Getting rid of invasive species is very difficult,” Dr Thomas says, “because some invasive species are good at stabilising the landscape by preventing soil erosion. On the other hand, that plant itself is not native to the area, and may have knock-on effects for the biodiversity. So it's a very complex problem – getting it right requires a lot of care and deliberation.”

Warmer temperatures are causing the tree lines of native species like these snow gums to move higher in altitude. Photo: Zoë Thomas

Club Lake was so-named because of its resemblance to the club suit in a deck of cards. It is one of four ‘cirque’ lakes on mainland Australia which was created by glaciers as they carved new valleys out of the mountain landscape during the last ice age that ended 15,000 years ago.

The lake occupies a space of roughly 16 square kilometres and is less than two metres deep.

“Lakes are great at recording data because they form a seal over the sediments underneath that are less likely to be disturbed.

“Lake sediments are used all over the world as indicators of climate and environmental change because the way they trap the material makes it easier to study those sediments.”

The team extracted a 35cm core sample from the bottom of the lake which they worked out to equate to about 3500 years of history – about 100 years for each centimetre.

Fifteen scientists, each with unique expertise, worked together to analyse these sediments. Dr Haidee Cadd, a palaeoecologist, used grains of pollen at different depths to work out what sort of plants were growing nearby and how fast changes in vegetation occurred. Dr Cadd also noted that “small particles of charcoal can indicate changing fire activity over time”.

There are also elemental indicators – such as the presence of mercury, iron, titanium and other elements – that form their own type of geochemical fingerprint, Dr Thomas says.

“Club Lake is probably considered remote by many people but the lake sediments record changes on the scale of hundreds to thousands of years – from the recent inclusion of pine pollen from planted trees and mercury pollutants from the last 150 years, back to temperature changes 3500 years ago.” 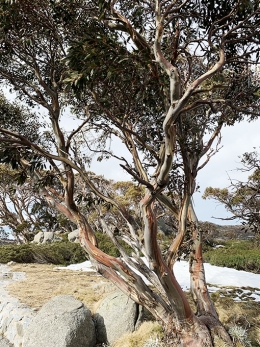 Snow gums - Eucalyptus pauciflora - are widespread in eastern Australia and tend to grow in altitudes above 700m. Photo: Zoë Thomas

To work out how temperatures have changed over this time, the team looked for the presence of molecular fossils and used a “lipid biomarker palaeothermometer technique”, says Dr Thomas.

“This technique works on the basis that microbial communities adjust the chemical structure of their cell membranes in response to environmental temperature.”

Dr Thomas acknowledges that using the biomarker method give scientists quite a high-level view of temperatures over long periods of time. But she and her colleagues were pleasantly surprised when analysis of stalagmites in nearby Yarrangobilly caves told the same story.

“The temperature reconstruction from both sites are incredibly similar, despite being based on two completely different sample types and methods. This really shows the robustness of the reconstructions,” she says.

Looking forward to looking back

Next up Dr Thomas and her colleagues want to look even further back in time – up to 10,000 years – to see whether the relationships between temperature, fire and vegetation follow similar patterns.

“We believe that the warm temperature anomaly around 1000 years ago may have been driven by an atmospheric circulation response to tropical sea-surface temperatures – a situation similar to what we are currently experiencing. Future work will help to confirm this link.”

The research was published today in Science of the Total Environment.