Why do COVID-19 breakthrough infections occur?

Immune fitness, virus variant and vaccine type are all factors that can contribute to breakthrough infections in the fully immunised. 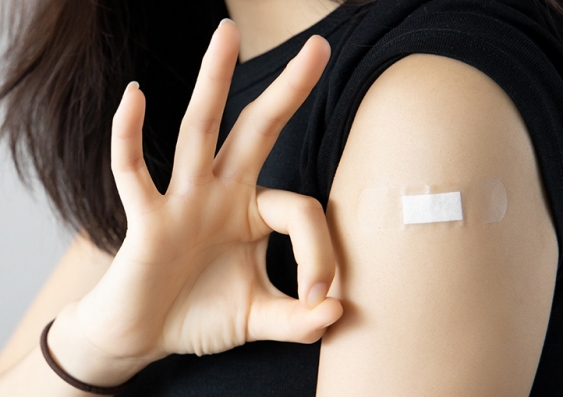 As it can take time for your body to build antibodies against COVID after each vaccination, you are not considered fully vaccinated until two weeks after you have completed your full course of vaccinations. Currently, the Centers for Disease Control and Prevention (CDC) defines a vaccine breakthrough infection as the detection of SARS-CoV-2 RNA or protein more than 14 days after a person has completed the full recommended doses of an FDA-authorised COVID-19 vaccine.

Why do breakthrough infections happen?

Conjoint Professor at UNSW Medicine & Health, Christine Jenkins, said there is a range of reasons why breakthrough infections occur in fully immunised individuals. “I think it's important for us to think about this in a more nuanced way than just “average” rates of protection, and to consider the many factors contributing to protection from vaccination.”

Professor Jenkins, who is Head of the Respiratory Group at the George Institute for Global Health, said mRNA vaccines are highly effective in preventing severe illness, hospitalisation, risk of needing ventilation and risk of death. Additionally, the mRNA vaccines (Pfizer, Moderna) and the AstraZeneca vaccine are about equivalent in terms of their capacity to prevent serious illness.

“In terms of their capacity to prevent infection and transmission, the mRNA vaccines look slightly more effective than the viral vector vaccines. So, depending on the vaccine you've had, you may be slightly more likely to acquire and transmit infection. Although this is reduced greatly by both types of vaccine, there are many subtleties here and it now appears that the length of time since you had your vaccination is very important. So, it's not just differences between the vaccine, it's also the duration of immunity that you acquired from the vaccine. And that's not necessarily a reflection of the vaccine, it's actually a reflection of your own immune fitness.”

“Immunity comes from two different forms of your response to the virus. The first is a cell mediated response, which gives you a long memory for the virus and enables you to ramp up your response if you become re-exposed. The second form is an immediate antibody response that produces antibodies at the time, and this is what we are measuring in most tests of immune response to vaccination. That tends to peak and wane over a period of many months, so the age you were when you had the virus, the intensity of your immune response to the vaccination, and the type of vaccine you had are all very important factors,” Professor Jenkins explained.

As older individuals have a less vigorous response, their antibody response is often not as high so the vaccine won't last as long. Additionally, older individuals are more likely to have a range of other chronic illnesses and those chronic illnesses can sometimes require treatments that further suppress different aspects of the immune response. However, even young people can experience breakthrough infections, although this tends to be a more short- lived infection and is often asymptomatic.

Professor Jenkins said the virus itself was also a factor in breakthrough infection rates and the Delta variant was more likely to cause vaccine breakthrough than the Alpha variant, for example.

She acknowledged that while there is conflicting information in the data that has so far been published, it has been suggested people who are immunised have a similar initial viral load but the viral load reduces more rapidly and this may be one reason why is it is less readily transmitted than infection in an unimmunised person. Viral load refers to the total number of viral particles in an individual’s secretions.

“It's believed that immunisation tends to reduce the viral load even if you are infected and possibly reduces the amount of infective organism. You quickly ramp up your own immune response which means you'll get rid of it sooner and reduce the viral load faster than you would if you weren’t vaccinated. However, you can still transmit the virus, but transmission is much less likely to occur from immunised people than from unvaccinated people.” 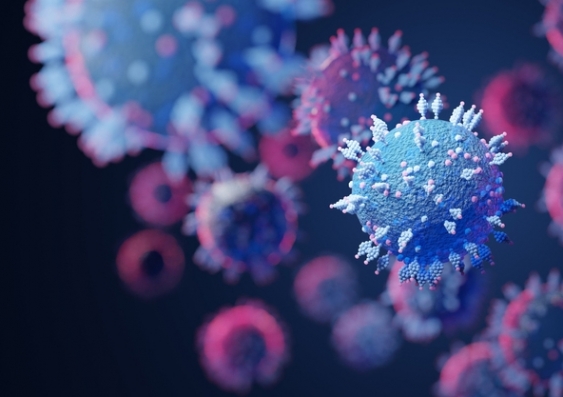 Professor Jenkins said the virus itself was also a factor in breakthrough infection rates. Image: Shutterstock

Professor Jenkins said UK and US data revealed fully vaccinated individuals who had experienced breakthrough infections were not severely ill. While symptoms were similar to unvaccinated individuals such as coughing, scratchy throat, myalgia and fever, the US data showed only one per cent of vaccinated cases were hospitalised, with no deaths reported. The UK data was similar, with less than one per cent of the vaccinated cases hospitalised and no deaths reported.

“We know from the data so far, you are highly unlikely to have a severe event. It’s important to note as well, there is a higher proportion of older people in the UK data – not so much in the US data because they are reflecting the very free availability of vaccines across a broad population. But in the UK, they had a very strong hierarchical rollout like we have had in Australia. They prioritised the vaccination rollout to the most vulnerable, such as those in aged care and residential care, so a high proportion of older people in the UK who had breakthrough infections would have been severely ill or died had they contracted COVID without being vaccinated. However, less than one per cent were being hospitalised. So that's a major achievement of the vaccines.”

Vaccines are not a silver bullet

Dr Jenkins said no respiratory vaccine can provide 100 per cent protection. Viral vaccines are fighting organisms that are constantly replicating and mutating.

“Each year, we're going to find that because this virus is replicating in a pool of people who are not vaccinated, that it will actually reinvent itself. It's going to have capacities that it might not currently have, such as the ability to spread more, infect different age groups, become more potent or cause longer illness. There's a lot of different ways it could evolve, which could be concerning. It may also become less lethal and less contagious over time, if enough of us are vaccinated. But that's going to take a long time. The vaccination will never be 100 per cent effective, so we will have to use multiple strategies to protect ourselves against COVID-19 and future variants of concern.”

The WHO (World Health Organisation) acknowledges vaccines offer hope, however once vaccines are rolled out, we’ll need to continue adhering to all the other measures we know work to stop transmission of COVID-19 such as handwashing, wearing masks, social distancing and following the advice of local public health authorities.

“This is a story of incredible enlightenment and speed-of-light implementation of vaccine technology. The knowledge and science have been incredible, but it is unlikely to be a 100 per cent protective silver bullet, even if the whole population embraced vaccination.”