Yes, a few climate models give unexpected predictions – but the technology remains a powerful tool

An article in the eminent US magazine Science has triggered debate over whether scientists should use climate models. Here’s what you should know about climate models ahead of today’s IPCC report. 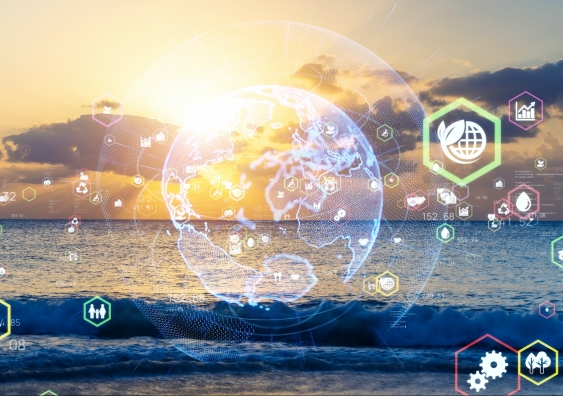 The much-awaited new report from the Intergovernmental Panel on Climate Change (IPCC) is due later today. Ahead of the release, debate has erupted about the computer models at the very heart of global climate projections.

Climate models are one of many tools scientists use to understand how the climate changed in the past and what it will do in future.

A recent article in the eminent US magazine Science questioned how the IPCC will deal with some climate models which “run hot”. Some models, it said, have projected global warming rates “that most scientists, including the model makers themselves, believe are implausibly fast”.

Some commentators, including in Australia, interpreted the article as proof climate modelling had failed.

So should we be using climate models? We are climate scientists from Australia’s Centre of Excellence for Climate Extremes, and we believe the answer is a firm yes.

Our research uses and improves climate models so we can help Australia cope with extreme events, now and in future. We know when climate models are running hot or cold. And identifying an error in some climate models doesn’t mean the science has failed – in fact, it means our understanding of the climate system has advanced.

So let's look at what you should know about climate models ahead of the IPCC findings. 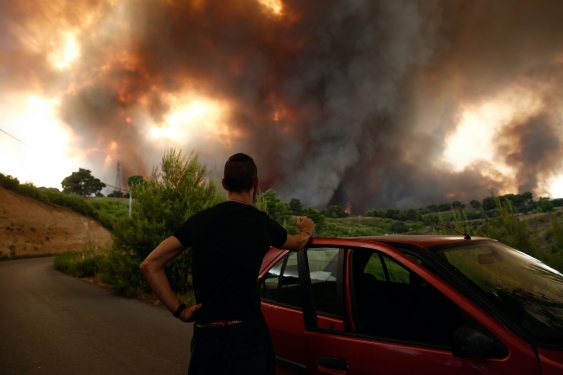 What are climate models?

Climate models comprise millions of lines of computer code representing the physics and chemistry of the processes that make up our climate system. The models run on powerful supercomputers and have simulated and predicted global warming with remarkable accuracy.

They unequivocally show that warming of the planet since the Industrial Revolution is due to human-caused emissions of greenhouse gases. This confirms our understanding of the greenhouse effect, known since the 1850s.

Models also show the intensity of many recent extreme weather events around the world would be essentially impossible without this human influence.

Scientists do not use climate models in isolation, or without considering their limitations.

For a few years now, scientists have known some new-generation climate models probably overestimate global warming, and others underestimate it.

This realisation is based on our understanding of Earth’s climate sensitivity – how much the climate will warm when carbon dioxide (CO₂) levels in the atmosphere double.

The latest scientific evidence, using observed warming, paleoclimate data and our physical understanding of the climate system, suggests global average temperatures will very likely increase by between 2.2℃ and 4.9℃ if CO₂ levels double.

The large majority of climate models run within this climate sensitivity range. But some don’t – instead suggesting a temperature rise as low as 1.8℃ or high as 5.6℃.

It’s thought the biases in some models stem from the representations of clouds and their interactions with aerosol particles. Researchers are beginning to understand these biases, building our understanding of the climate system and how to further improve models in future.

With all this in mind, scientists use climate models cautiously, giving more weight to projections from climate models that are consistent with other scientific evidence.

The following graph shows how most models are within the expected climate sensitivity range – and having some running a bit hot or cold doesn’t change the overall picture of future warming. And when we compare model results with the warming we’ve already observed over Australia, there’s no indication the models are over-cooking things.

The latest IPCC models use a set of possibilities called “Shared Socioeconomic Pathways” (SSPs). These pathways match expected population growth, and where and how people will live, with plausible levels of atmospheric greenhouse gases that would result from these socioeconomic choices. 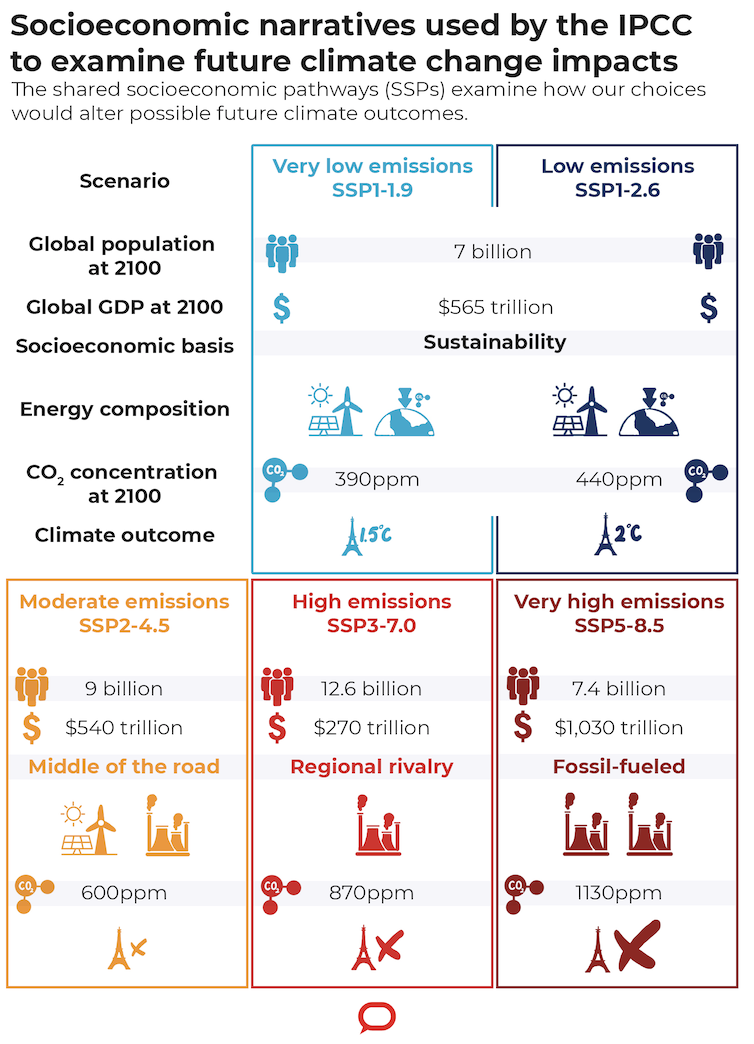 If countries meet their existing emissions reduction commitments under the Paris Agreement, we can expect to land somewhere in the middle of the scenarios. But the future depends on our choices, and we shouldn’t dismiss any pathway as implausible.

There is considerable value in knowing both the future risks to avoid, and what’s possible under ambitious climate action.

Read more: The climate won't warm as much as we feared – but it will warm more than we hoped 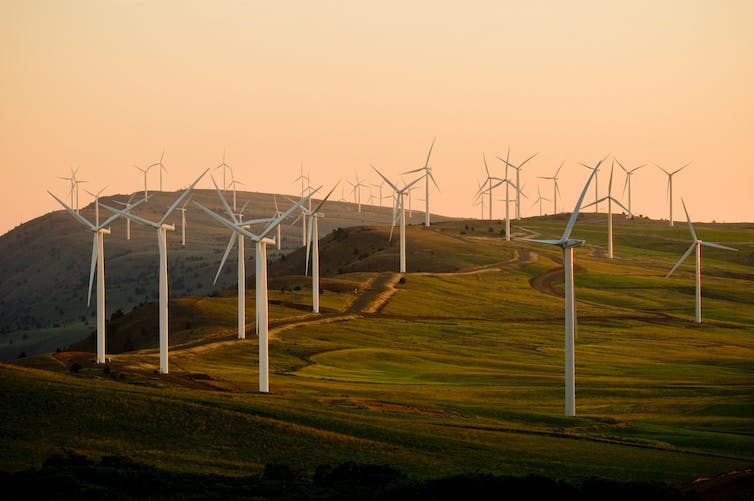 The future climate depends on our choices today. Photo: Unsplash

We can expect the IPCC report to be deeply worrying. And unfortunately, 30 years of IPCC history tells us the findings are more likely to be too conservative than too alarmist.

An enormous global effort - both scientifically and in computing resources - is needed to ensure climate models can provide even better information.

Climate models are already phenomenal tools at large scales. But increasingly, we’ll need them to produce fine-scale projections to help answer questions such as: where to plant forests to mitigate carbon? Where to build flood defences? Where might crops best be grown? Where would renewable energy resources be best located?

Climate models will continue to be an important tool for the IPCC, policymakers and society as we attempt to manage the unavoidable risks ahead.