There is increasing concern about rising rates of mental ill-health and suicide among doctors. 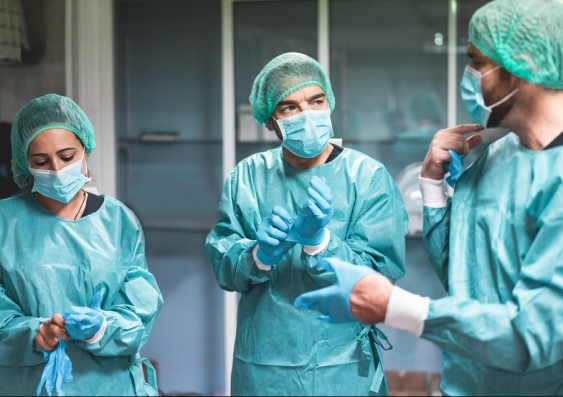 We seek their advice when we’re not well. They comfort us with their expertise, and we trust them to perform life-saving procedures in high-risk scenarios. Yet, from the outside, we often don’t appreciate the stressors that come with being a highly skilled medical doctor and the mental health toll this uniquely high-pressure occupation can take.

A recent review led by the Black Dog Institute and UNSW Sydney that was published in The Lancet has revealed doctors are at increased risk of suicide and, in their early years of training, one-quarter to one-third reported significant mental ill-health. The researchers said while this was an increasing issue even before the COVID-19 pandemic, there is emerging evidence that the impact of the pandemic is creating even more mental health problems.

The review suggested female doctors appeared to be at particular risk, with a suicide rate that is significantly higher than women in the general population.

“There is a need – now more urgent given COVID – to intervene to protect and improve the mental health of doctors, with interventions needing to target not only individuals but, more importantly, their organisations and the wider systems within which they work,” said the lead author of the study Professor Samuel Harvey, who runs the Workplace Mental Health Research Program at the Black Dog Institute and UNSW.

“The acute nature of the COVID-19 pandemic in many parts of Australia at the moment highlights the importance of this issue. The mental health of doctors, along with other healthcare staff, is something we are all depending on.

“This review brings together the results of research on the topic of doctors’ mental health for the first time since the pandemic began. The review proposes a novel framework for health systems and employers to use when considering how to tackle the problem,” said Prof. Harvey.

An open secret among doctors

Similar conversations about mental health in other professions such as lawyers, first responders and teachers have occurred, with each profession concerned there might be something inherently psychologically toxic about their work that contributes to the high rates of mental ill-health that are reported in these sectors.

The researchers said this concern was escalated within the medical community after several high-profile suicide clusters among doctors, forcing the medical profession to reconsider its own vulnerability.

“What has been an open secret among doctors, is now being investigated and the importance is increasingly recognised. Doctors are a key element of our frontline healthcare system, even more so in the context of a pandemic, and we need them to be as supported and resilient as possible,” said the co-author of the study, Professor Kimberlie Dean, who is Chair of Forensic Mental Health at UNSW.

“We were concerned by the emerging evidence that indicates the situation may be worsening over time. While being a doctor has always been challenging and hard work, it may be that some of the factors that have previously acted as protective, in terms of mental health impact – such as job security, autonomy of decision-making and financial stability – have been eroded.”

Prof. Dean said what is also worrying is that studies emerging from countries significantly affected by the COVID-19 pandemic indicate that up to half of doctors are reporting symptoms of depression and anxiety.

“From previous pandemics, we also know that long-term mental health impacts can be seen in up to 10 per cent of affected doctors.”

Read more: What the Delta lockdown is doing to your mental health

The study highlighted the importance of this issue going beyond the desire of the medical professional to look after their peers and identifying the need for a healthy, functional workforce of doctors as one of the most important parts of any country’s health system.

To further drive home this message, the review noted prospective studies that have revealed depressed doctors make six times more medication errors than healthy staff, with mental ill-health or substance misuse a common cause for impairment inquiries by medical regulators.

The study suggested doctors with mental health problems might be more reluctant than non-medical professionals to seek help for several reasons including fears regarding confidentiality, the potential consequences for their career, medical registration, and licensure, as well as insufficient time and a belief that they can manage any symptoms by themselves.

Previous studies have shown doctors who have had mental health problems have demonstrated a high prevalence of self-stigma, often driven by views that doctors should be invincible, as well as a fear of discrimination. These factors act as major barriers to seeking help and recovery, alongside considerable cultural stigma among the medical profession.

Emerging evidence has pointed to a link between area of specialty and risk of suicide, with a 2019 review suggesting that anaesthetists, psychiatrists, general practitioners, and general surgeons might have higher rates of suicide than other specialists, however further research is required to substantiate this finding. It’s also unclear whether this finding is due to these specialists having higher rates of mental ill-health, greater access to high lethality means, more barriers to seeking help, or a combination of these and other factors. 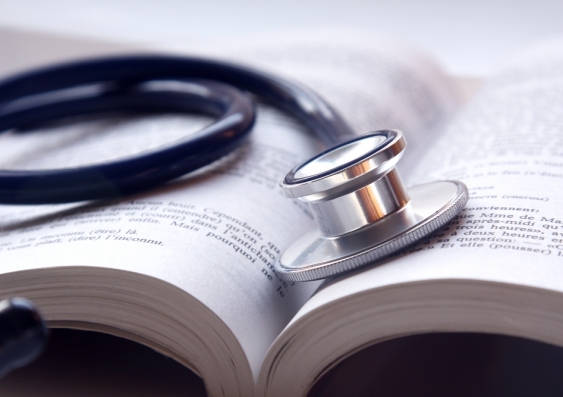 To implement a mentally healthy workplace within the medical profession, the researchers have suggested a coordinated approach to different initiatives extending from prevention through to recovery and return-to-work. Photo: Shutterstock

Typical psychosocial workplace risk factors, such as excessive or conflicting job demands, an imbalance of work and family life, long working hours, and interpersonal conflict, are often more important in explaining much of the variation in mental ill-health among doctors. Additional risk factors appeared relevant for junior doctors during training, including excessive working hours, study, and examinations.

To implement a mentally healthy workplace within the medical profession, the researchers have suggested a coordinated approach to different initiatives extending from prevention through to recovery and return-to-work. This should also be implemented at both the individual and organisational level. While similar frameworks have been used effectively in other sectors, such as for first responders, the researchers recommended modifying the framework for doctors due to the unique characteristics of the healthcare system and their medical training.

“While we propose interventions at the individual, organisational and systems level, it is also true that much more research is needed, given there is much that is uncertain about the best approaches to take. One of the solutions is to ensure that doctors can access the confidential help and support they need for any mental health problems as early as possible.

“With this in mind, the Black Dog Institute and UNSW have partnered with a number of other groups to set up an e-health hub, The Essential Network (TEN) for health professionals to access the mental health support and advice they need,” said Prof. Harvey. “This means any health professional across Australia can access rapid, confidential and free mental health support.”

“The findings of this review also have direct implications for those of us working in the tertiary education sector, given our role in educating the next generation of doctors. Universities and medical research institutes also have a part to play in developing and testing health service and health systems interventions with doctors' mental health needs in mind.”

For help and support, call: