Human progress is no excuse to destroy nature. A push to make 'ecocide' a global crime must recognise this fundamental truth

The push for a new environmental crime has attracted high-profile backers including French President Emmanuel Macron, Pope Francis and Greta Thunberg. But we must get the details right. 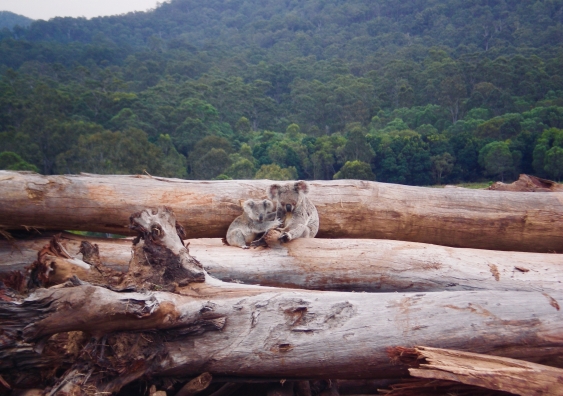 Scientists recently confirmed the Amazon rainforest is now emitting more carbon dioxide than it absorbs, due to uncontrolled burning and deforestation. It brings the crucial ecosystem closer to a tipping point that would see it replaced by savanna and trigger accelerated global heating.

This is not an isolated example of nature being damaged at a mass scale. The Intergovernmental Panel on Climate Change this month confirmed global heating is now affecting every continent, region and ocean on Earth. That includes Australia, which is a global deforestation hotspot and where the Great Barrier Reef is headed for virtual extinction.

In the face of such horrors, a new international campaign is calling for “ecocide” – the killing of ecology – to be deemed an international “super crime” in the order of genocide. The campaign has attracted high-profile supporters including French President Emmanuel Macron, Pope Francis and Swedish activist Greta Thunberg.

Making ecocide an international crime is an appropriate response to the gravity of this harm and could help prevent mass environmental destruction. But whether it does so will depend on how the crime is defined. 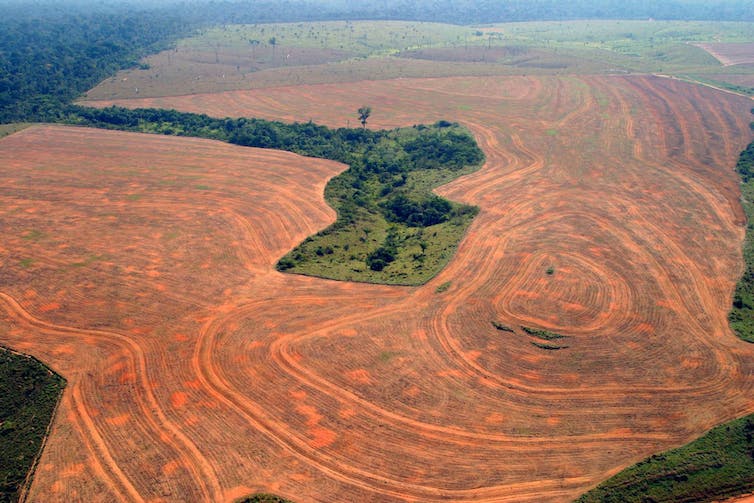 Destruction of the Amazon has fuelled the push for a new international crime of ‘ecocide’. Greenpeace

The global campaign is being led by the Stop Ecocide Foundation. Last month an independent legal panel advising the campaign released a proposed amendment to the Rome Statute of the International Criminal Court. It would make ecocide a crime, defining it as:

unlawful or wanton acts committed with knowledge that there is a substantial likelihood of severe and either widespread or long-term damage to the environment being caused by those acts.

Defining a new international crime is a tricky balance. It must:

The draft definition marks an important step in getting ecocide on the international agenda. And it does a good job of defining and balancing the core elements of ecocide – “severe” and either “widespread” or “long-term” damage to “any element of the environment”.

Laudably, these core elements show a concern for ecosystem integrity, human rights to a healthy environment, and the way grave damage to ecosystems can have devastating local and planetary consequences well into the future. This is a significant achievement.

Despite these strengths, lawyers and scholars, including ourselves, have identified problems with the definition. 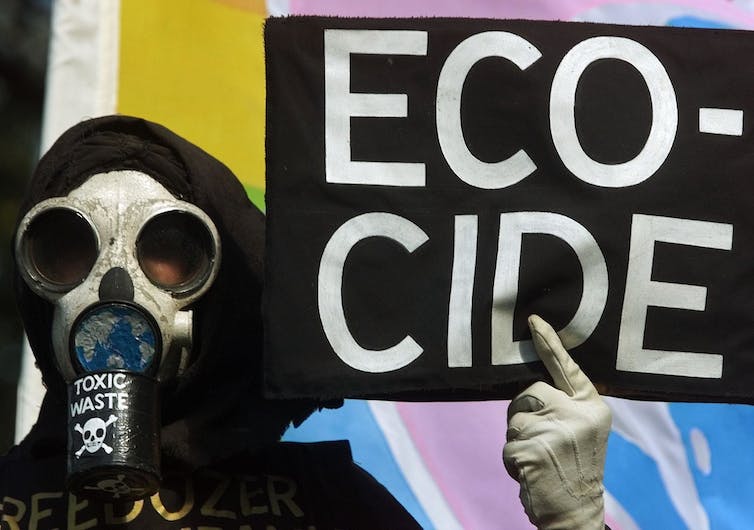 Towards an ecological approach

A key concern is that the proposed definition considers only “unlawful” or “wanton” acts to be ecocide.

Most environmental destruction is not illegal. We need look no further than Australia’s land clearing laws or, indeed, federal environment law which has comprehensively failed to protect nature.

Under the proposed definition, lawful acts are only ecocidal if they are “wanton” – defined as “reckless disregard for damage which would be clearly excessive in relation to the social and economic and benefits anticipated”.

This condition assumes some ecocidal damage is acceptable in the name of human progress. According to the panel, such “socially beneficial acts” might include building housing developments and transport links.

This assumption furthers the human-centred privilege and “get-out-of-jail” clauses that have so weakened international environmental law to date.

We are not saying that housing, transport links or farms should not be built. But, in a period some scientists are calling the sixth mass extinction, they cannot come at the expense of crucial species and ecosystems. Sustainable development must respect this boundary.

The assumption also fails to recognise the gravity of ecocide. Such trade-offs – formally known as “derogations” – are rejected by international conventions governing slavery, torture, sexual violence, and fundamental human rights.

For example, the Convention Against Torture states:

no exceptional circumstances whatsoever, whether a state of war or a threat of war, internal political instability or any other public emergency, may be invoked as a justification of torture.

An international crime of ecocide must meet a similar standard. It should recognise that all forms of life, and the ecological systems that support them, have value for their own sake.

This perspective is known as multispecies justice. It holds that human well-being is bound to flourishing ecosystems, which have an intrinsic value outside the human use for them. 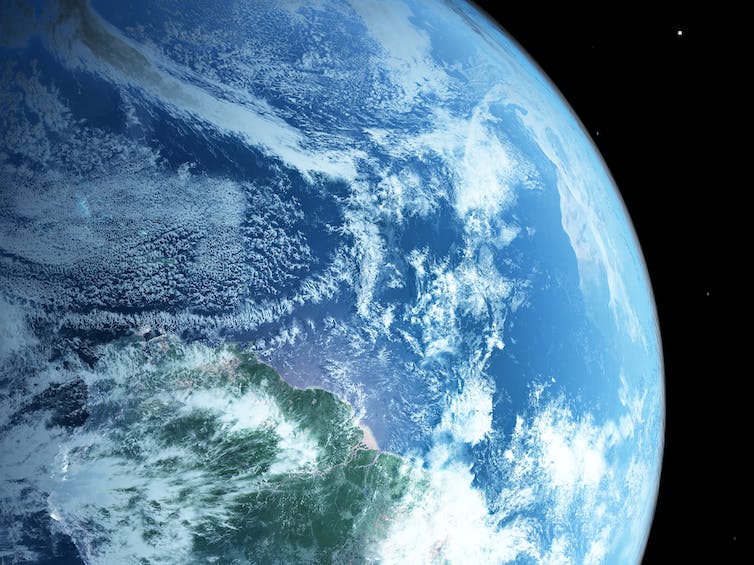 Genocide – the annihilation of human groups – is recognised as a crime against humanity. As political philosopher Hannah Arendt argued, genocide is an attack on human diversity that erodes the “very nature of mankind” and poses a grave threat to global order.

In the same way, the definition of ecocide should recognise that acts which destroy biological diversity, and lead to species extinction, threaten the very nature and survival of Earth’s multi-species community.

In Nazi-occupied Eastern Europe, the Balkans and more recently Myanmar, millions were killed and dispersed under a crime against humanity known as “ethnic cleansing”. Yet this killing and dispersal is happening to non-human communities as we write. The vast habitat destroyed by deforestation is as important to displaced animals as our homes are to us.

And this is a shared calamity. Mass environmental destruction is an attack on the foundations of all life that makes up the biosphere, of which humanity is only a part. 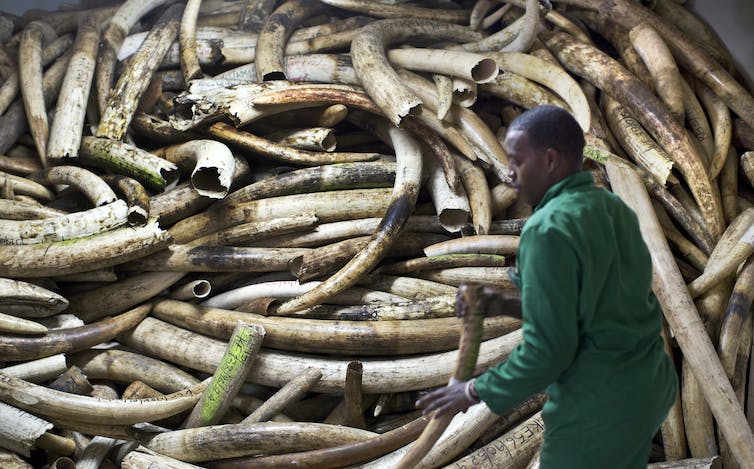 The loss of one part of nature damages all life on Earth, including humanity. Ben Curtis/AP

What should be done?

The Stop Ecocide Foundation says the proposed definition will now be “made available for states to consider”.

As they do so, we ought to work towards a definition of ecocide that puts non-human lives at its centre. The crime of ecocide must be defined in a way that honours its victims – the myriad beings of the Earth.

In the meantime, political efforts to rein in biodiversity destruction must become an urgent global priority. And citizens can press their governments to criminalise the ecocidal acts that have become business as usual.