Platypus to make a comeback in Australia's oldest national park

UNSW Sydney scientists are leading a project to bring the iconic mammal back to Royal National Park after almost 50 years. 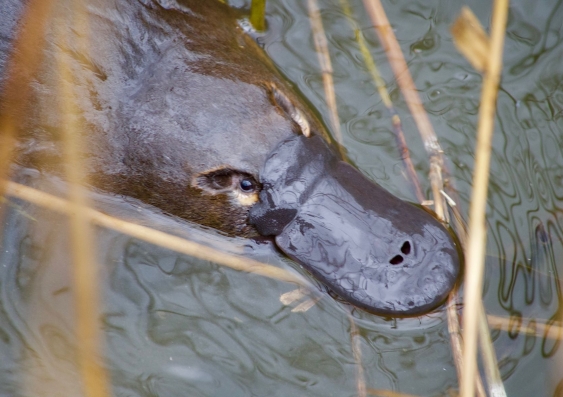 UNSW researchers are teaming up with WWF Australia, Taronga Zoo and NSW National Parks and Wildlife Service to bring platypuses back into the Royal National Park – an area where they haven’t been seen in almost 50 years.

The iconic Australian mammal – famously known for its duck-like bill and egg laying ability – was last recorded in the park in the 1970s, when a devastating chemical spill on the highway washed into park streams and likely wiped out resident platypuses.

This loss is part of a worrying trend that has seen platypuses decline across much of its traditional range due to habitat destruction, river regulation, predation by invasive species, and an increased frequency and severity of droughts and fires due to climate change. 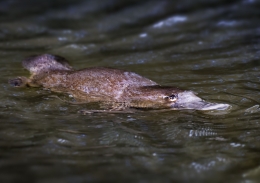 Parts of Australia where platypuses live has shrunk by at least 22 per cent in the past 30 years. Photo: Taronga Conservation Society Australia / Chris Wheeler.

“Our aim is to introduce an initial group of 10 platypuses back into the park late next year,” says Dr Gilad Bino, leading the project from UNSW’s Centre for Ecosystem Science (CES).

“We’ll monitor how they settle in, with the hopes their population will start to grow and reestablish in the area and allow people a place to come and appreciate this unique animal.”

Read more: Platypus should be listed as a threatened species: new report

“The platypus is seen nowhere else on the planet and like so many of our other iconic native species its future is uncertain. Unfortunately, we have some of the worst extinction rates anywhere in the world and we have to make sure the platypus never makes that list,” he says.

“With this initiative and through the leadership of some of our best minds at UNSW, the World Wildlife Fund’s (WWF), Taronga Conservation Society Australia and National Parks are joining forces to ensure the platypus’ future.” 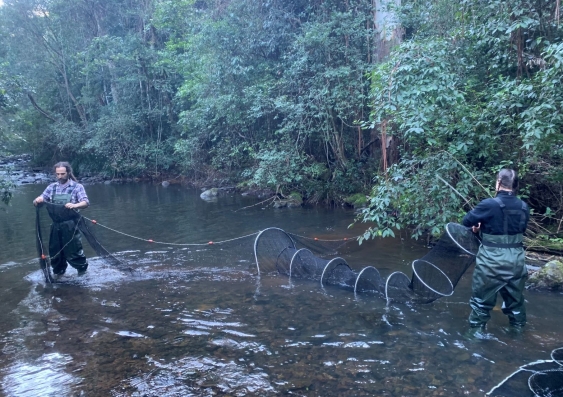 The team will survey other platypus populations across NSW to find out where the species are going well and where animals could be sourced from for their reintroduction. Photo: Platypus Conservation Initiative.

Researchers will begin this new project by surveying rivers in the 16,000 hectares of Royal National Park and nearby Heathcote National Park to identify suitable habitat and confirm, as is suspected, that all the platypuses have gone.

“Platypuses are hard to see and are mainly nocturnal, so we have to survey and assess the condition of all the rivers and creeks in the park,” says Dr Bino. “This will allow us to verify the absence of platypus and it also means we can check which part of the rivers are suitable for reintroducing new individuals.”

The team, working with WWF and Taronga, will also survey other platypus populations across NSW to determine where the species is doing well and where animals could be sourced for reintroduction into the rivers of Royal National Park and Heathcote National Park.

A mixture of 10 male and female platypuses will be released in the second half of 2022 with the support of animal health staff from Taronga Zoo. Platypuses will be fitted with acoustic tags – a technology the UNSW team has pioneered – so researchers can track their progress and any breeding activity for up to two years.

“We are planning to track the animals and their use of habitats in the river to make sure they survive and hopefully start reproducing soon after,” says Dr Tahneal Hawke, a scientist on the UNSW team.

“There’s a great opportunity to learn about their use of the river habitats of Royal National Park at the same time.”

A recent study led by UNSW found the parts of Australia where platypuses live has shrunk by at least 22 per cent in the past 30 years.

“Platypuses are to our rivers what koalas are to our forests, but there’s a risk they will disappear if we don’t talk bold steps to reverse their decline,” says Rob Brewster, WWF-Australia’s Rewilding Program Manager.

“This project will combine rigorous scientific monitoring with on-ground action to return platypuses to rivers they once called home.” 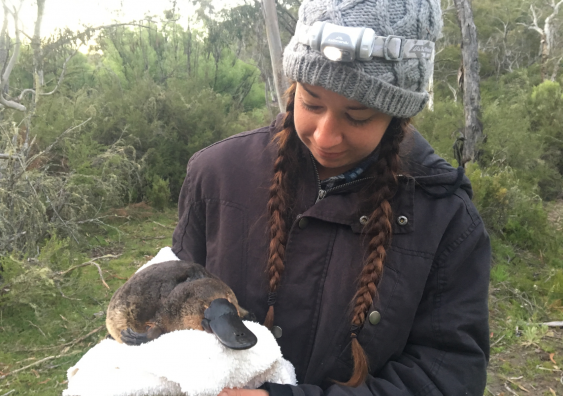 Dr Hawke says the team will track the animals after their release to make sure they are settling in to their new environment. Photo: Platypus Conservation Initiative.

Platypuses have been successfully reintroduced to areas in the past, including rivers in Victoria between 2004-2006. A population was also established on Kangaroo Island between 1928-1946 and found to be still hanging on in a recent survey after the devasting 2019-2020 bushfires.

“Platypuses are resilient animals, but it’s vital that we develop the capability to actively manage populations and do a better job at protecting their freshwater homes,” says CES Professor Richard Kingsford.

“We want future generations to see platypuses in the rivers of the Royal and Heathcote National Parks and all the way down the east coast of Australia.”