UNSW Engineering alumni have been hailed after setting a world record for efficiency in silicon solar cells using a potentially revolutionary material. 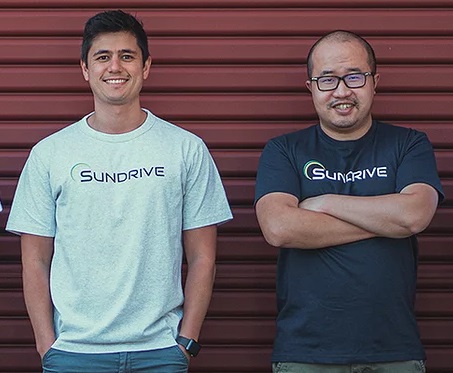 SunDrive Solar, a company co-founded in 2015 by Bachelor of Engineering graduate and PhD candidate Vince Allen, last week received certification from the Institute for Solar Energy Research Hamelin (ISFH) that their commercially-sized silicon solar cell had achieved a 25.54% efficiency.

This efficiency surpassed the previous world record of 25.26%, held by LONGi Solar, the world’s leading manufacturer of mono-crystalline solar modules. Silicon is currently the dominant solar cell technology, and this technology comprised 95 per cent of all solar modules installed in 2020.

What makes the SunDrive achievement even more remarkable is that they use copper to pull the electrical current from the cells rather than silver, which is the industry standard. Copper is around 100 times cheaper as a raw material than silver, and much more widely available, meaning the cost of solar modules could plummet if the technology is developed further.

Liangyuan Guo was a member of the ‘Mini Solar’ Vertically Integrated Project run by UNSW Engineering’s ChallENG program, providing an early success for this pilot program.

Game-changer for the industry

UNSW Professor Alison Lennon, from the School of Photovoltaic and Renewable Energy Engineering, mentored many of the team and is now a SunDrive advisor.

And she says the success of such a small startup shows what can be achieved by UNSW students.

“This is an amazing story of how PhD research at UNSW can be translated into a startup. A lot of the knowledge that Vince is using now at SunDrive, he learned here at UNSW and while working on the industry projects we run.

“Vince and the team have actually gone out and taken it to the world. This really is a ‘David versus Goliath’ story in the solar panel industry, and it has caught the interest of the Chinese photovoltaic industry. 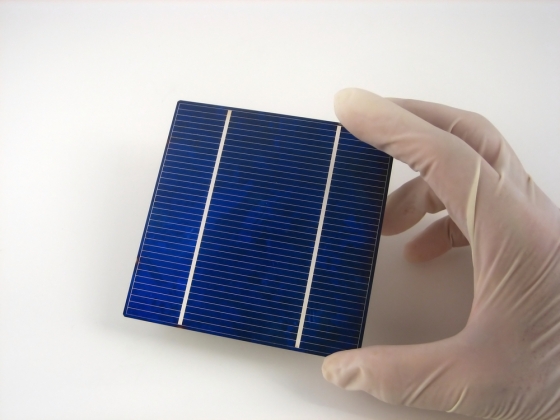 Silicon solar cells traditionally use silver, which is scarce and relatively expensive, to pull the electrical current. Image from Shutterstock

“A lot of people, including myself, have spent many years trying to demonstrate that copper is an economically viable and sustainable alternative to silver.

“We’ve never been totally able to convince the industry, but that’s what Sundrive have done with this world record,” she adds.

“I think this could be a real game-changer for the industry. There will be a lot of interest in how it has been achieved.

“No-one would ever have thought these guys would be able to break this world record, especially since the Goliaths of the industry have thrown so much money at this problem and not achieved this result.”

The power of networking

Professor Lennon believes SunDrive’s success shows that UNSW provides a great launchpad for students looking to start up their own company.

One of the main reasons for this is the extensive networking opportunities available through industry projects and placements, as well as the high-level industry contacts many academics in the School of Photovoltaic and Renewable Energy Engineering maintain.

“Students in our School get the chance to work with companies during their degrees – just like the founders of Sundrive did,” Professor Lennon says.

“We have strong links with companies in China, who dominate the solar panel market, and students will therefore see how everything works and get to understand the ecosystem.”

In Sundrive’s case, one of their networking contacts became an angel investor - namely Dr Zhengrong Shi, a former UNSW graduate who went on to found Suntech, one of the world’s largest solar manufacturers. 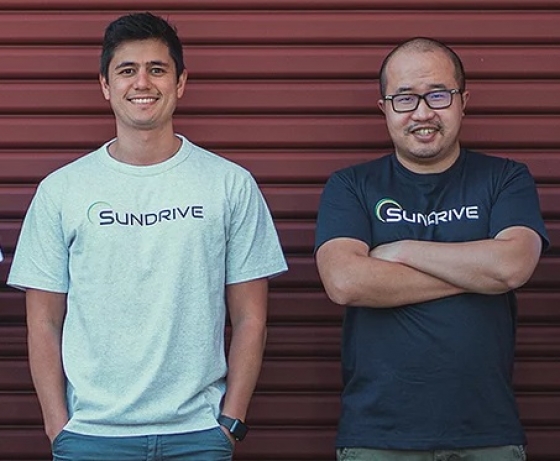 They were also introduced to Dr. Pierre Verlinden, former Chief Scientist of Trina Solar, who is now on their advisory board.

And with their new world record, Professor Lennon says Sundrive has the potential to change the solar panel industry in so many different ways.

“I know the costs associated with metalisation and it is a real problem for PV. If manufacturers can now use this technology to produce power at a much lower cost per watt, then that will be passed on to the consumer,” she explains.

“With increased efficiency from the cell, you also get more power for the same area of solar panel. So, for a homeowner with a fixed roof area, you can generate more power each day.

“As well as all of that, there is also a sustainability aspect. In order to limit global warning, we will need to install terawatts of solar panels. This will require a lot of metal.

“Silver is a limited resource and as it becomes more and more scarce, its price will go up so the cost of producing solar modules will rise as well. Mining silver from lower quality ores also produces more emissions, making the problem worse.

“Copper is much more available as a resource, it’s cheaper and it’s also easier to recycle. The metal from copper-plated solar modules will be easier to recover from old modules and therefore may be more easily recycled in the future. This helps enormously from a sustainability perspective.”